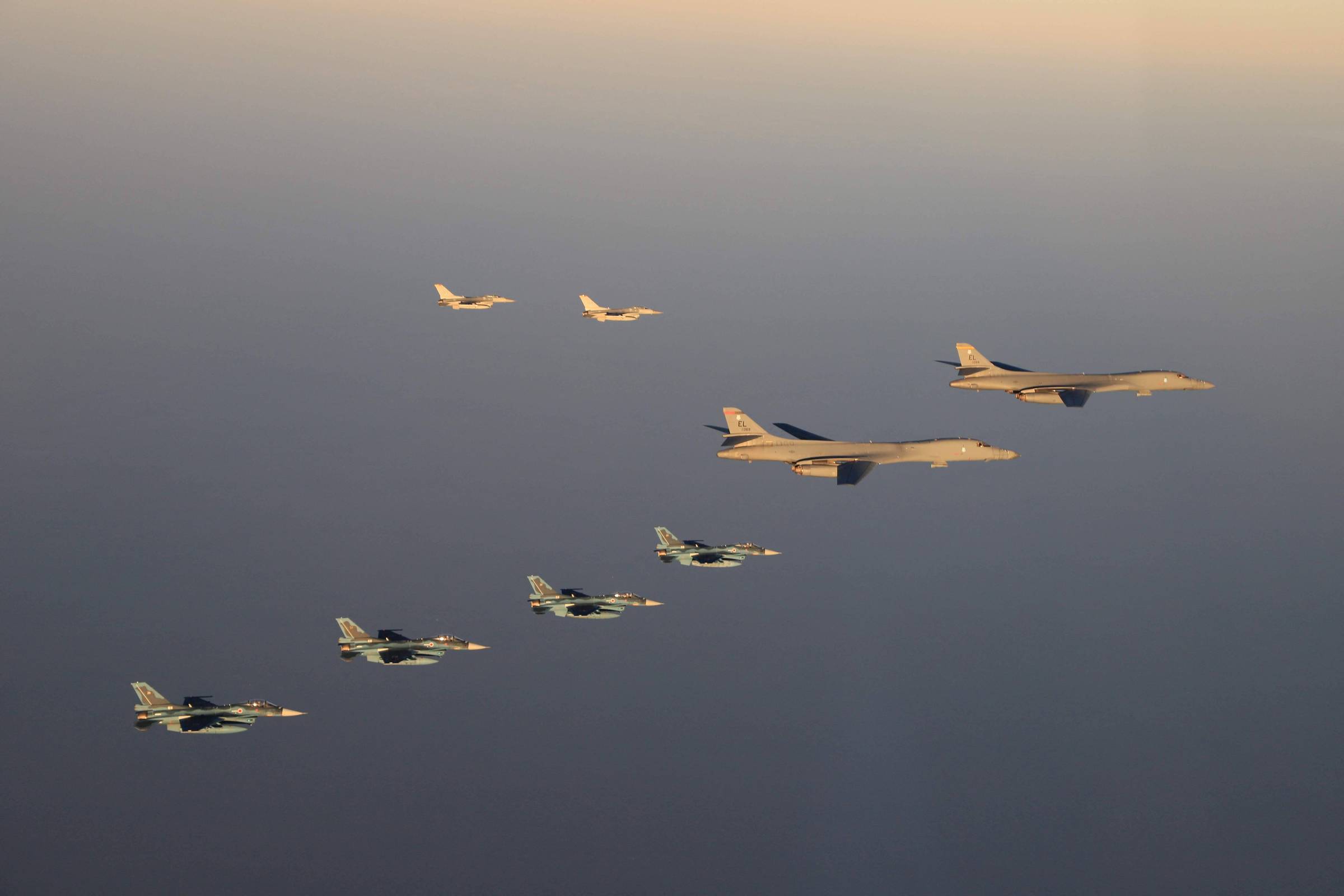 North Korea says it will respond to Seoul, US with ‘crushing’ military action

Amid escalating tensions between neighboring North and South Korea, Pyongyang said on Monday it would respond with “firm and overwhelming” military action to the series of joint maneuvers carried out by Seoul in partnership with the United States.

The regime led by Kim Jong-un said in a statement that the six-day exercises that ended on Saturday (5) were a provocation to intentionally increase regional tension, as well as a dangerous war maneuver of an aggressive nature.

The North Korean military said it carried out activities simulating attacks on air bases as well as a city in South Korea to “crush the enemies’ persistent war hysteria”.

“The more persistently the enemy’s provocative military movements continue, the more ruthlessly the Armed Forces will fight them,” the Pyongyang statement read.

Hundreds of American and South Korean warplanes last week took part in the exercise entitled Vigilant Storm. Seoul said the exercise only demonstrated the ability of readiness to respond to provocations from the neighboring country, but denied that it poses a threat of war.

Pyongyang then claimed to have carried out operations that included launching tactical ballistic missiles that simulated the shooting down of enemy planes in a large-scale combat operation that reportedly included 500 fighter jets. South Korean President Yoon Suk-yeol described the action as “a de facto territorial invasion”.

The North Korean regime released photos of the exercise that could not be independently verified. Military analysts, however, say the images could be from maneuvers from earlier this year and give little credence to the scale of the maneuvers detailed by Pyongyang.

Five hundred fighter jets, after all, would represent nearly all of North Korea’s combat aircraft. Many of them, with old equipment, are no longer kept active in the fleet, as they cannot even undergo repairs, said Joseph Dempsey, a defense researcher at the International Institute for Strategic Studies in London.

Over the past few days, there has been an escalation in the number of missile launches by the Kim Jong-un regime, which has increased speculation among Western nations that Pyongyang is preparing for a new nuclear test – the last of its kind was in 2017.

Last Wednesday (2), Seoul accused the communist regime of firing 23 missiles in one day, the highest number of firings in Pyongyang in 24 hours. One of them landed about 60 km off the coast of the city of Sokcho — in what, according to the South Korean government, was the closest to its territory that a projectile from the North has ever landed.

The situation provided the Prime Minister of Japan, Fumio Kishida, with arguments to defend the increase of the country’s military capabilities, limited by a pacifist Constitution. On Sunday (6), he said that it is necessary to strengthen the native capacity and warned of a threat of “actors who break the rules”.

“We must be prepared for an era in which emerging actors use force or threats to destroy the peace and security of other nations,” he declared, referring to the Russian invasion of Ukraine and, of course, North Korea. “We will accelerate discussions on what is necessary to defend our people.”