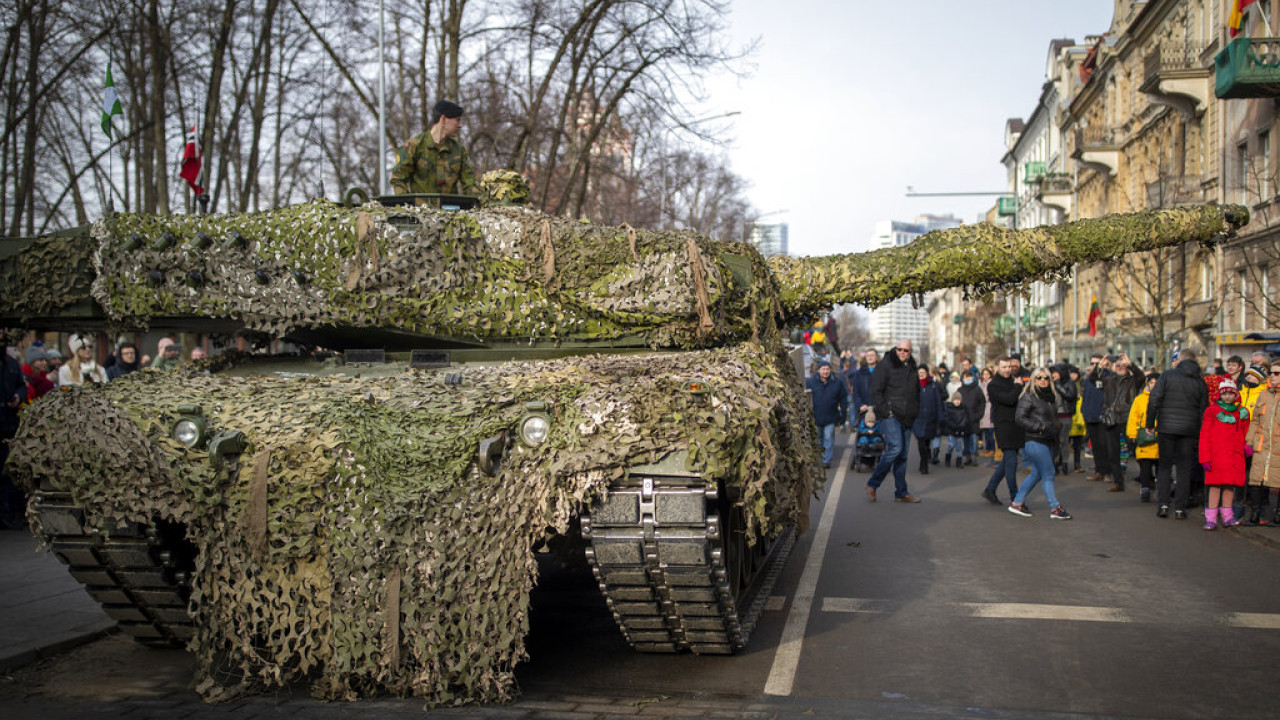 Left-wing MP in Germany: No more guns in Turkey – Conflict politics from Ankara

“It is a complete travesty that the German coalition government is not finally pushing publicly for the withdrawal of the Leopard 2A4 tanks from the part of the Republic of Cyprus illegally held by Turkey,” Sevim Dagdelen said.

In the midst of a flurry of news about the developments on the Ukrainian front and the energy crisis, issues of a parliamentary nature are perhaps taking a back seat, but they have their own importance. In this case, they are in fact directly related Greece and Cyprus against the backdrop of Turkish threats and its sometimes ambiguous role Germany. In a recent parliamentary question of the MP of the Left Sevim Dagdelenco-signed by other members of her party (Die Linke), to the German government, clarifications were requested on a number of critical issues regarding the licenses, volume and nature of German arms system exports to Turkey in 2022.

A total of 11 arms export licenses worth 3.94 million euros

The German government responds to the inquiry by first providing the following information: Between January 1, 2022 and September 26, 2022, 11 individual weapons export licenses were issued to Turkey with a total value of 3.94 million euros. This amount appears reduced compared to the three previous years: 11.1 million euros in 2021, 22.9 million euros in 2020, 26.1 million euros in 2019. This year’s exports specifically concern “two frigates and a barge for recycling and other weapons’.

To a question about the licensing regime, despite the fact that these are arms exports of lower economic value compared to previous years, the following facts are of interest: all the license applications for arms exports to Turkey submitted for 2022 have been approved. In other words, there was simply no rejection of a request for German weapons. On the other hand, according to the German government’s replies, no license was given for weapons systems under the list of “goods” for any kind of use in submarines nor in the list of items intended for use or installation in military drones drones (eg torpedoes, bombs, etc.).

However, a series of questions also concerns Cyprus and specifically information a) about plans to buy from Nicosia the Israeli Iron Dome system in return for sending Soviet-style Tor-M1 and Buk-M1 systems to Ukraine and b) a possible purchase from Cyprus 175 Spike anti-tank guided missiles and their components. The German government responds that it has “no information” about relevant publications that are circulating. Among other things, finally, to a question about the attitude of the German government towards a resolution of the Cypriot parliament, which basically calls on Berlin to immediately support the withdrawal of German Leopard 2A4 tanks that are in the occupied territories in violation of international law and also to undertake initiative against Turkey, the German government does not give any answer citing “confidentiality of the talks”.

Germany’s stance on Leopards in the occupied territories is a “mockery”.

“Considering Turkey’s military provocations against EU members Greece and Cyprus, as well as Ankara’s ongoing violations of international law in Syria and Iraq as well as Turkey’s participation in the war against Armenia, the German government must to stop all arms supplies to the authoritarian Erdoğan” states MP Sevim Dagdelen from the Left Party speaking to DW’s Greek program regarding her question and the answer she received from the chancellery.

She even adds that “the fact that the German co-government is not finally pushing publicly for the withdrawal of the Leopard 2A4 tanks from the part of the Republic of Cyprus that is illegally held by Turkey is a pure mockery.”

However, the introductory note of the question filed by Sevim Dagdelen is also of interest. “According to the German Parliament’s Information Service, Turkey’s Recep Tayyip Erdogan considers himself a Turkish Nationalist and a protagonist in a Renaissance of the Islamic world as a whole, with the background of the history and imperial grandeur of the Ottoman Empire. This implies a Turkish foreign policy, with an increasingly interventionist and therefore conflict-oriented character – for example in northern Iraq, Syria, Libya, Azerbaijan. At the same time, during the preparations for a fifth military intervention in northern Syria, the Turkish president from February 2022 is once again questioning Greek sovereignty over the Aegean islands near the Turkish coast,” the inquiry states, among other things.

The MPs of the Left also recall the attitude of the German government in favor of Greece based on statements from June 2022 as well as the condemnation of the Turkish provocations by the EU. They extensively present data from the Greek armed forces regarding the illegal Turkish overflights that have been recorded in in the year and recall in detail the history of the Cypriot.

However, the following note is also of interest: “For years now, the conflict between the two states of Greece and Turkey (ss: NATO partners) has been escalating. Greece and Turkey are involved in a dangerous arms race, including with German weapons. Since 2000, Germany’s federal authorities have approved arms exports both to Greece (2.5 billion euros) and to Turkey (2.6 billion euros).”

Facebook
Twitter
Pinterest
WhatsApp
Previous article
Igor Rickli says he has an open relationship with Aline Wirley and admits to being bisexual
Next article
Panel SA: Entrepreneurs from RJ want to speed up joint concession of airports