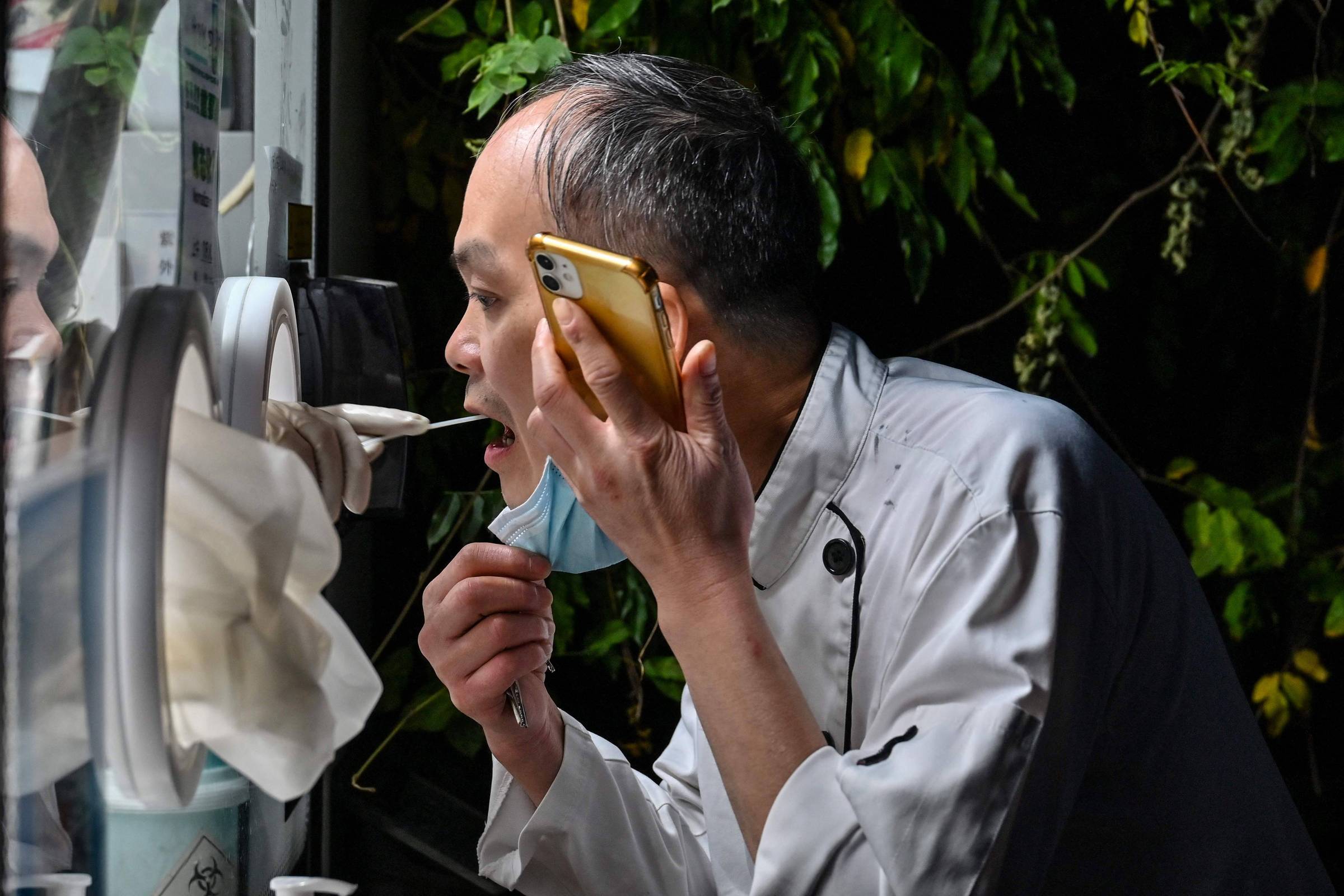 Days after rumors surfaced that China’s zero Covid policy would finally come to an end — denied by the regime — the country is facing a new coronavirus outbreak, the worst in six months. The Asian nation recorded 7,475 cases of the disease on Monday (7), an increase of more than 30% compared to the previous day, according to official data.

This is a modest increase compared to infection rates in other countries. But it is significant for China, where such outbreaks have been brought under control as soon as they emerge, with measures that include imposing lockdowns on entire cities and provinces, closing factories and businesses, and confining millions of people to their homes. homes for weeks, sometimes months.

The main focus of the current outbreak is the city of Guangzhou, a manufacturing hub in the south of the country that on Monday recorded 2,377 new Covid infections, the highest number in its history. That’s almost 500 more cases compared to the day before, and a dramatic jump from the double-digit numbers it had two weeks ago.

According to the South China Morning Post, infections in Guangzhou are being driven by a variant discovered in Shanghai in July, the BA.5. recently, in Brazil, BQ.1.

Also according to the vehicle, the regime ordered the testing of the population in the nine districts of Guangzhou where 90% of cases were reported, and declared quarantine in one of the districts, Haizhu, in the center of the city. A resident of the district said, however, that even the authorities were talking about a “theoretical lockdown”, since most of the prevention measures are not mandatory, but depend on the population’s willingness to follow state recommendations.

In addition to Guangzhou, Beijing and other cities vital to the country’s economy, such as Zhengzhou and Chongqiing, also recorded high cases and adopted similar measures. In the latter, officials closed karaoke bars, nightclubs and other leisure venues citing a “complex and severe” situation. So far, however, there have been no announcements of a lockdown like the one that has paralyzed Shanghai for more than two months this year.

The rise in cases tests China’s ability to maintain tight control over the pandemic it has exerted over the past three years. Experts say he has made his rate of Covid victims much lower than those seen in the rest of the world — officially, there have been 5,000 deaths from the coronavirus in the country, a fraction of Brazil’s nearly 700,000. These numbers are, however, questioned due to the lack of openness of the regime.

A recent report by the Wall Street Journal states that Chinese Communist Party leaders are talking about reopening the country, worried about the impact of Covid zero on the world’s second largest economy and the discontent of the population. In October, just days before the start of the party’s congress that would lead Xi to an unprecedented third term, the capital saw posters with criticism of the policy spread across the city, in a rare protest against the regime.

At the same time, leaders are concerned about the consequences of this eventual reopening for the fragile public health system and, consequently, for the party itself.

Facebook
Twitter
Pinterest
WhatsApp
Previous article
Do prebiotics help gut health? See what science says
Next article
Opinion – Paul Krugman: America as we know it is not lost yet, but it is on the edge