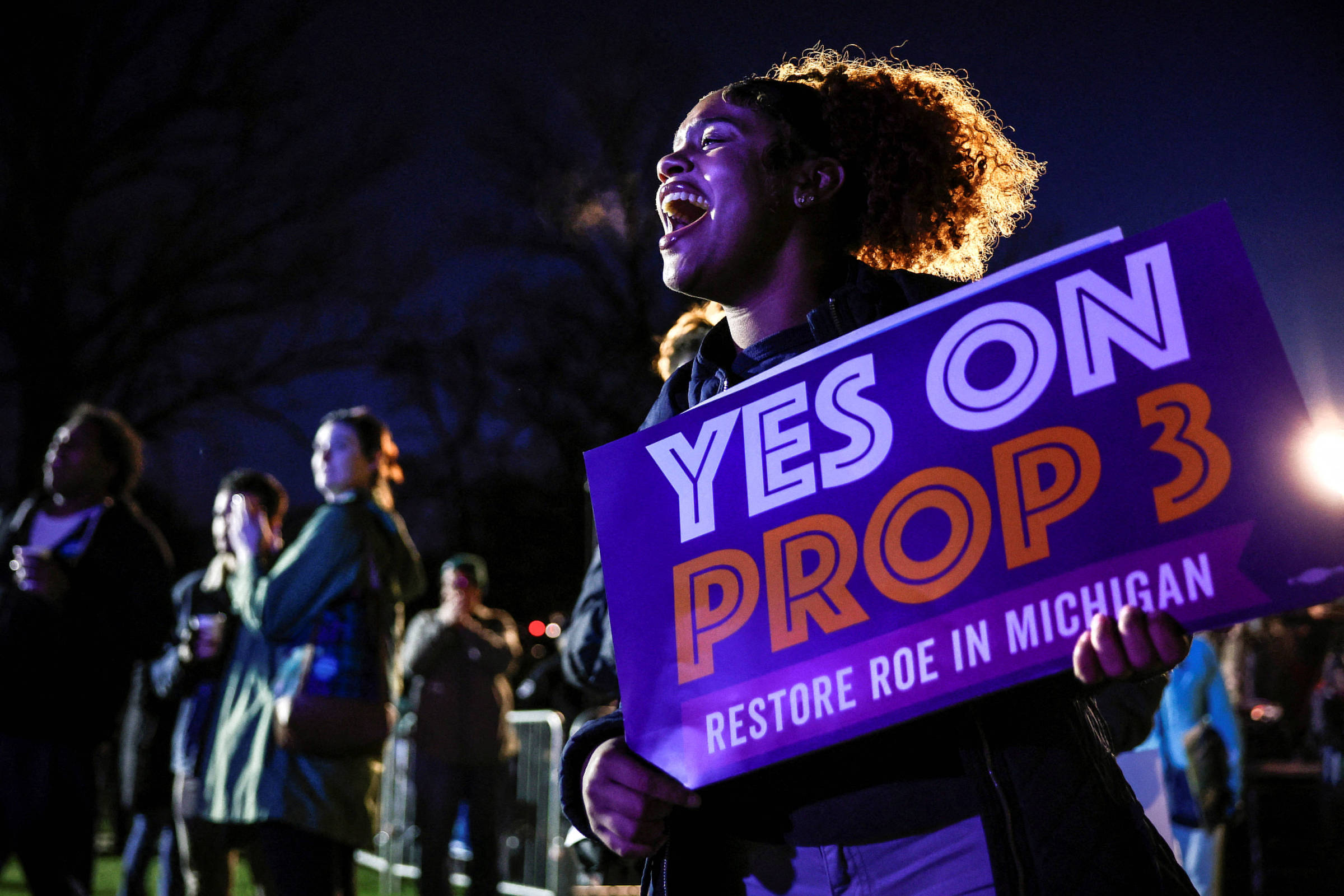 US election guarantees abortion rights in at least 3 state constitutions

Voters from the US states of Michigan, California and Vermont approved this Tuesday (8), the same day of the midterm elections in the United States – the midterms -, amendments that add to the local Constitutions the right to voluntary termination of pregnancy.

The votes come four months after the Supreme Court suspended Roe v. Wade, a decision that guaranteed the right to abortion in the US Constitution. With the measure of the high court, laws have proliferated in many of the 50 states of the country prohibiting the procedure.

With 84% of votes counted in Michigan, in the American Midwest, 55.4% of voters voted in favor of the so-called Proposition 3. The measure establishes the right to reproductive freedom, defined as a woman’s right to make decisions about all pregnancy-related matters—including voluntary termination.

“The approval marks a historic victory for access to abortion in the state and across the country; Michigan has paved the way for future efforts to restore the rights of Roe v. Wade,” said Darci McConnell, spokeswoman for the state campaign to support abortion. constitutional amendment.

Michigan already guaranteed the right to abortion, allowing the procedure up to 24 weeks of gestation. But the Supreme Court decision opened the door for conservative sectors to demand that a 1931 law, which prohibits voluntary interruption even in cases of rape, be applied again. With support for Proposition 3 at the polls on Tuesday, that legislation becomes unconstitutional.

Governor Gretchen Whitmer, a Democrat, was one of the most vocal advocates of abortion rights, one of the topics that dominated midterms across the country, with Democrats acting as bulwarks on the issue and Republicans seeking to narrow it down further.

Whitmer was re-elected. According to a count by the Associated Press, she won 53.4% ​​of the vote, against 45% for the ultraconservative political commentator Tudor Dixon, supported by former President Donald Trump.

In California, another state where voters expanded protections for the right to abortion, more than 60% supported the inclusion in the Constitution of a passage that ensures that the state must not interfere with an individual’s reproductive freedom, which includes the right to choose. for having an abortion, choosing or refusing contraceptive methods.

Today, state law allows abortions up to 24 weeks of pregnancy, and the procedure can also be performed after that period, but only if there is a medical assessment that the life or health of the pregnant woman is in danger.

In Vermont, with 95% of votes counted, more than 77% supported adding women’s right to procedure to the Constitution, according to The New York Times. The measure is seen as a way to protect the right, already guaranteed by a 2019 state law.

In Kentucky, traditionally conservative, there is also a possible victory in defense of reproductive rights. With 86% of the poll completed, more than 52% said no to an amendment that would say there is no right to abortion or any support for the procedure in the state Constitution.

“The vote is powerful proof that abortion is neither political nor partisan,” Angela Vasquez-Giroux, from NARAL Pro-Choice America, an NGO that defends reproductive rights, told the BBC. “Most see abortion as an extension of their personal freedom.”