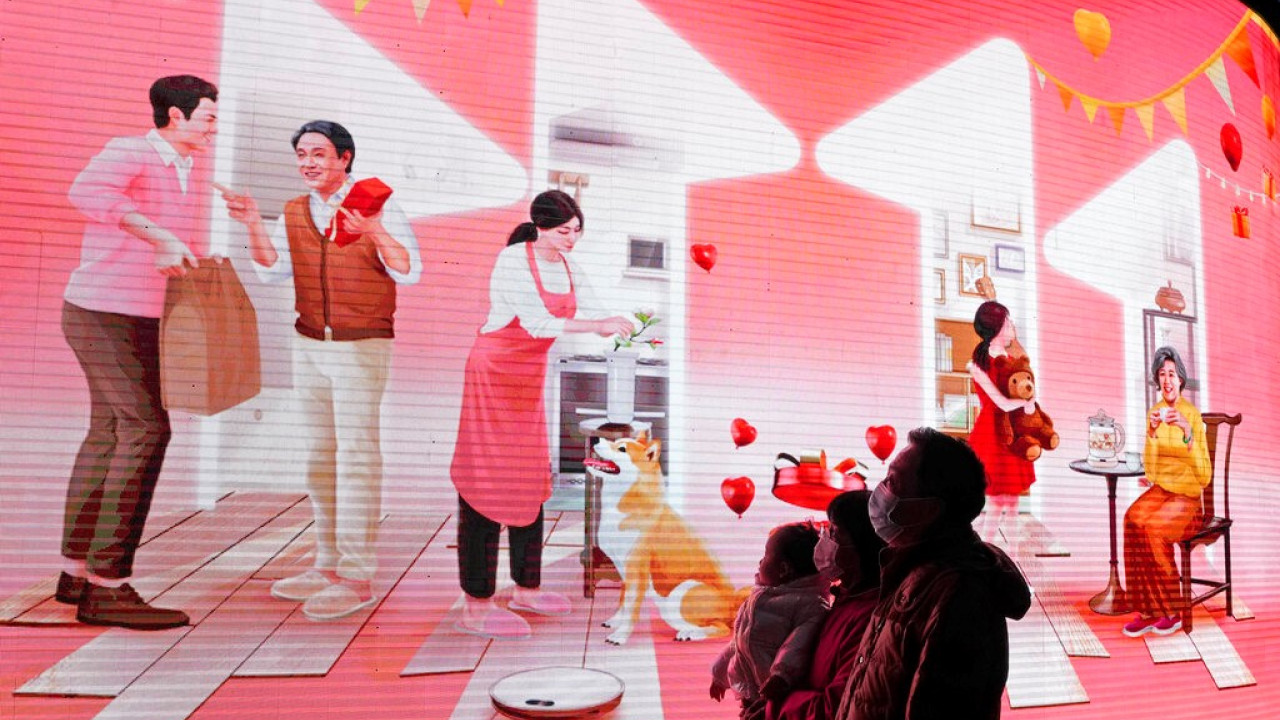 All over the world, people who do not celebrate Valentine’s day are “celebrating” today, that is, those who do not have a match in life.

November 11 is Single’s day – an unofficial holiday that started in the early 90s in China but spread rapidly as there was a huge audience (and therefore financial opportunities).

November 11th is celebrated as “Singles Day” because of the repetition of the number 1 (the unit) in the date (11/11).

Singles Day sales in China were at their peak today with many tens of billions of euros being spent.

Unlike in the early years – when the event only lasted 24 hours and caused excitement – Bachelors Day now lasts for several weeks, reaching its peak in the last two days.

For more than a decade now, November 11 has given Chinese people the opportunity for an online shopping frenzy due to the very attractive discounts offered by sales platforms.

The initiator behind this new consumer celebration was in 2009 the e-commerce giant Alibaba (and the websites of Taobao and Tmall), whose example has since been followed by all of their competitors such as JD.com and Pinduoduo.

However, this year, the economic slowdown in the country, exacerbated by the continued implementation of Covid restrictions, is negatively affecting consumption.

There is “not the same excitement” as in previous years, said Liu Yingxue, a 34-year-old Beijing resident. “And the discounts are not as important as before,” the young woman told AFP.

This lack of enthusiasm “I think is due to Covid,” said Liu Xiangru, also a Beijing resident.

Still, Singles Day sales could top 1,000 billion yuan (137 billion euros), analyst Xiaofeng Wang of research firm Forrester estimated. Something like this would happen for the first time while the amount would be higher than the annual GDP of a number of countries.

From yesterday, Thursday, at 08.00 pm to today at 02.00 pm, the sales of online stores Alibaba and JD.com reached 262 billion yuan (35.9 billion euros), according to an estimate by the Syntun company . A weaker trend compared to previous years, as analysts point out.

According to the Internet, “there are sales all the time,” which makes the day a commonplace, said Vincent Marion, co-founder of Shanghai-based communications company Slingshot. Now, “the Chinese are consuming less, but they are turning to higher quality products,” he said.

Before the pandemic, these sales were usually accompanied by a big media hype from Alibaba: a giant screen recorded the progress of the transactions in real time. During the day, the media did not hesitate to use superlatives to comment on the size of the orders, which easily exceeded tens of billions of euros.