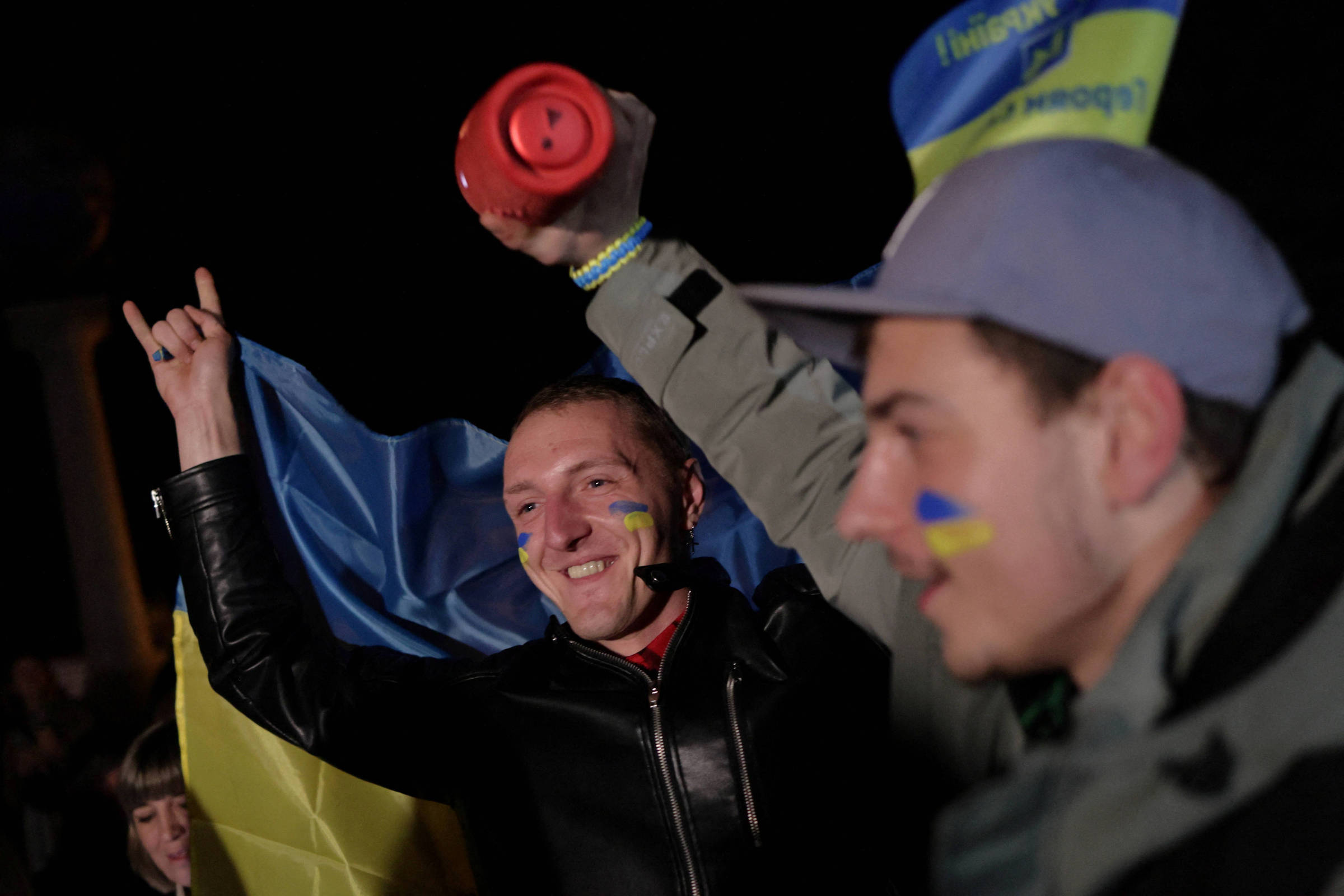 Kherson residents celebrate in the streets reclaimed by Ukraine

Relief, hope. Residents of the city of Kherson, retaken by Ukraine last Friday (11) after eight months of Russian occupation, described how they felt watching the retreat of Moscow troops. In the streets, they celebrated with flags of their country, phrases and gestures of thanks to the soldiers.

Russians took over the port city in the early days of the war in March. More recently, the region has been subject to internationally condemned referendums on annexation to Russia. Billboards advertising the vote were still seen on the streets.

Hundreds of people gathered in different parts of the city to celebrate the Ukrainian resumption. A resident, Andrey, told Sky News that he felt deep relief. “Living under occupation for eight months was horrible. I was sure I would see this [a retomada], but not so fast. We never knew what to expect. sometimes they [os russos] they would detain a person and he would disappear forever.”

Another resident, Alex, said the country’s soldiers are being welcomed as heroes. “Look into people’s eyes. They breathe freely for the first time in eight months. This cannot be put into words: we are free.”

Alex Rossi, Sky News correspondent and one of the first journalists to arrive at the scene, was greeted by some of the residents with hugs this Saturday morning. Many of those present were crying, and some were talking to Ukrainian soldiers at the scene.

Similar reports were made to CNN, which observed dozens of residents cheering in Kherson’s central square and raising flags atop public buildings. “We feel free, we are not slaves, we are Ukrainians,” said Olga, a resident.

The euphoria comes with challenges that the Ukrainian government will have to solve. Access to electricity, water and internet in the city has been damaged in recent months.

Kiev took the resumption as a major achievement. Foreign Minister Dimitro Kuleba, who is in Cambodia as a guest at a meeting of Asean, the Association of Southeast Asian Nations, said the move represented a joint victory for the West. “Few believed that Ukraine would survive.”

On a social network, he thanked the US for its financial and weapons support in the war. The achievement was also celebrated by Antony Blinken, US Secretary of State, for whom the Ukrainian Army showed “extraordinary bravery”. He said Washington’s support will continue for as long as it takes to defeat Russia.

The first lady of Ukraine, Olena Zelenska, also celebrated the resumption. She shared a video on social media, which could not be independently verified, of residents receiving soldiers from the country on the streets. “Images that bring tears to the eyes of all Ukrainians. Ours are at home. Kherson is free.”

Facebook
Twitter
Pinterest
WhatsApp
Previous article
Opinion – Vinicius Torres Freire: You can be the ‘market’, even if you like what Lula said
Next article
IDB ignores PT pressure and reaffirms date of election and candidacy of Ilan Goldfajn