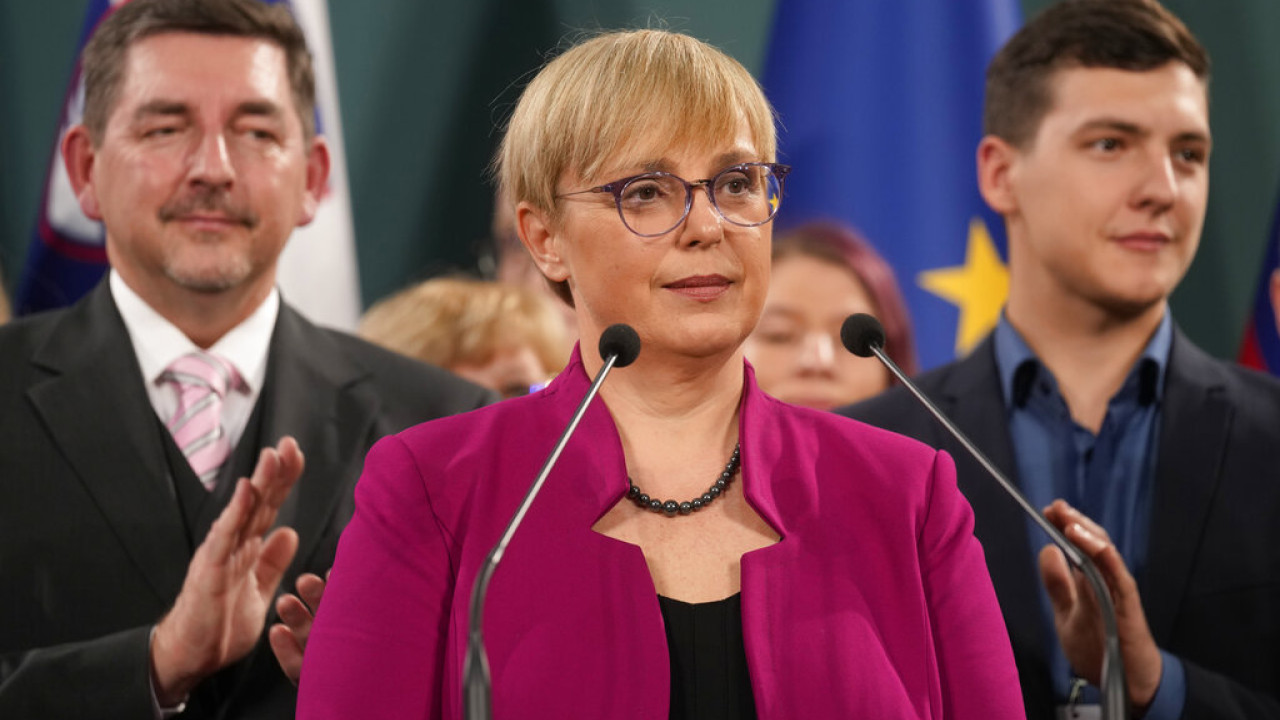 First female president in Slovenia: Who is Pirc Musar?

54-year-old lawyer Pirts Mushar won 53.83% of the vote in the second round of the election

Natasca Pirc Musar won the second round of the Slovenian presidential election today and will become Slovenia’s first female head of state, according to preliminary election results.

The 54-year-old lawyer Pierce Mushar won 53.83% of the vote in the second round of the election, while her opponent, right-wing politician and former foreign minister Ange Logar, won 46.17%, according to electoral commission data based on 86.7% of the votes that have been counted.

The participation reached 49.9% according to the data of the committee.

Although the role is mostly ceremonial, the country’s president is the commander-in-chief of the armed forces and also appoints several top officials, including the governor of the central bank. Most of the nominations must be confirmed by parliament.

The new president of Slovenia, an EU and NATO member state, will replace Borut Pahor who has been active in politics for 30 years. A former fashion model who served two five-year terms, Pahor is often referred to publicly as the “president” of Instagram for his frequent use of the social media site.

“I expect the next president to care about us, the citizens, to represent Slovenia in a good way,” Uros Pinder said after casting his vote at a polling station in Ljubljana. “I think it’s time for a female president.”

Logar’s campaign slogan was: “Let’s work together for the future.” In his speeches he had focused on traditional family values ​​and religion in the country with a predominantly Roman Catholic population.

Facebook
Twitter
Pinterest
WhatsApp
Previous article
A black woman is accused of stealing from a Renner store in Rio; employee was fired
Next article
Zelensky: Investigators have identified over 400 Russian war crimes