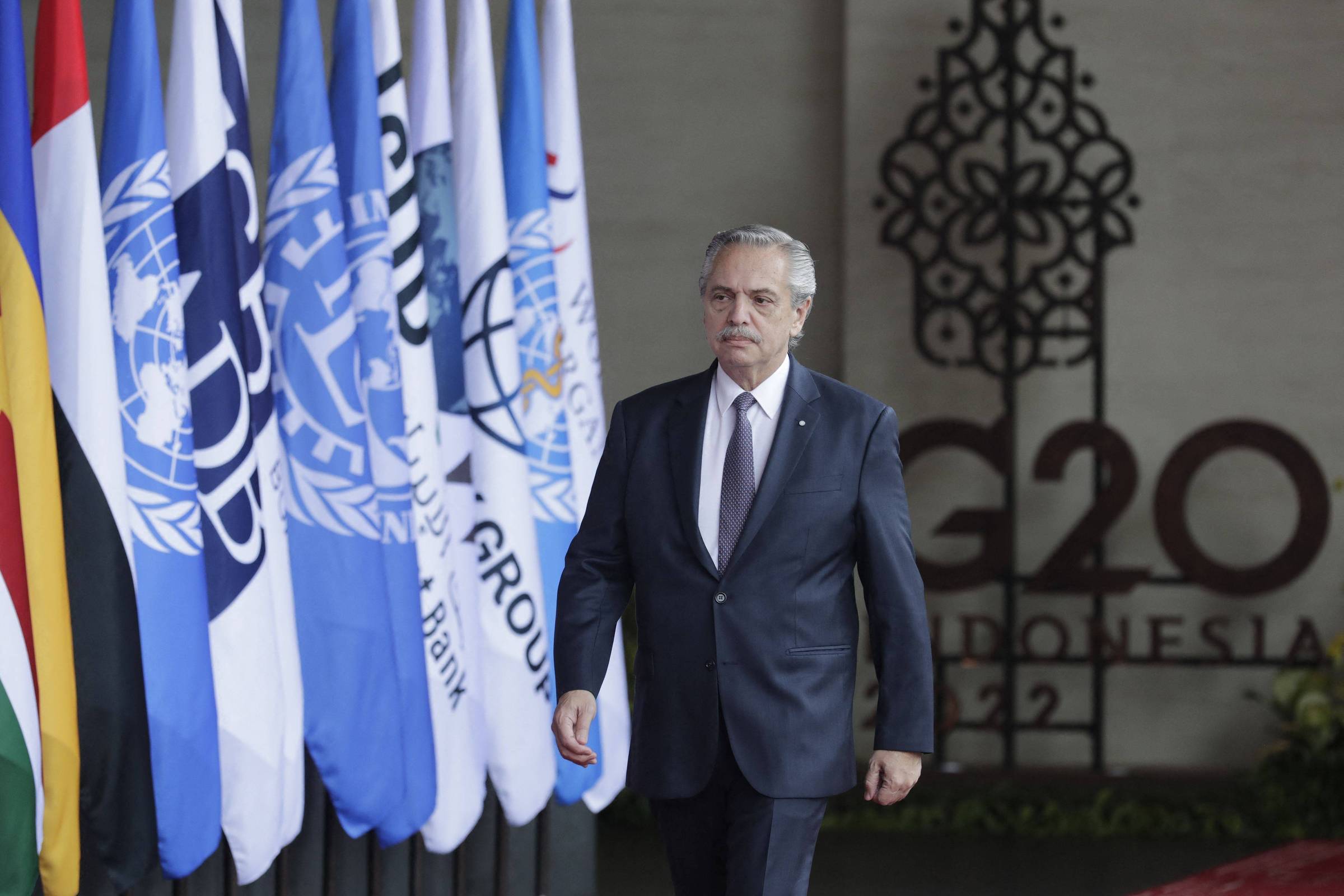 Argentine President Alberto Fernández suffered gastritis on Tuesday that forced him to miss part of the G20 leaders’ summit, but he is in good health after receiving medical treatment, a presidential statement said.

Fernández “suffered an episode of hypotension and dizziness” which, after evaluation by the medical team, revealed to be “erosive gastritis with signs of bleeding”, the Argentine presidency said.

“He has received appropriate medical treatment, is in good health and has resumed his activities under medical control,” it added in a statement.

In principle, the leader will be able to attend the meeting on Tuesday afternoon with Chinese leader Xi Jinping and on Wednesday (16) with IMF director Kristalina Georgieva.

The indisposition meant that Fernández, the only Latin American leader present in Bali, was replaced in the first debate sessions by Foreign Minister Santiago Cafiero.

At the first meeting, dedicated to food and energy security, Cafiero urged bloc members to “restore peace and contribute to global recovery”.

With inflation in Argentina at 66% and the possibility of reaching 100% by the end of the year, the minister stressed that the effects of the war are felt throughout the world and said that the conflict cost the country US$5,000.

“In the Northern Hemisphere, death dealers sell lethal weapons, but in the Southern Hemisphere food becomes more expensive or scarce and what ends up killing is not bullets or missiles, but poverty and hunger,” said Cafiero.

“It is imperative that we join forces so that the parties involved return to the negotiating table,” he insisted.

The chancellor highlighted the especially negative impact of Ukraine’s war on Latin America, which has already been deeply affected by the pandemic and, according to the Economic Commission for Latin America and the Caribbean, has seen a 27-year drop in poverty levels.

“Latin America and the Caribbean has become the region in the world that has lost the most years of life expectancy. Now we have to face the effects of the war,” he said.

Although the invasion of Ukraine was not officially on the agenda, the topic took center stage at the beginning of the summit, with multiple calls for an end to the war.