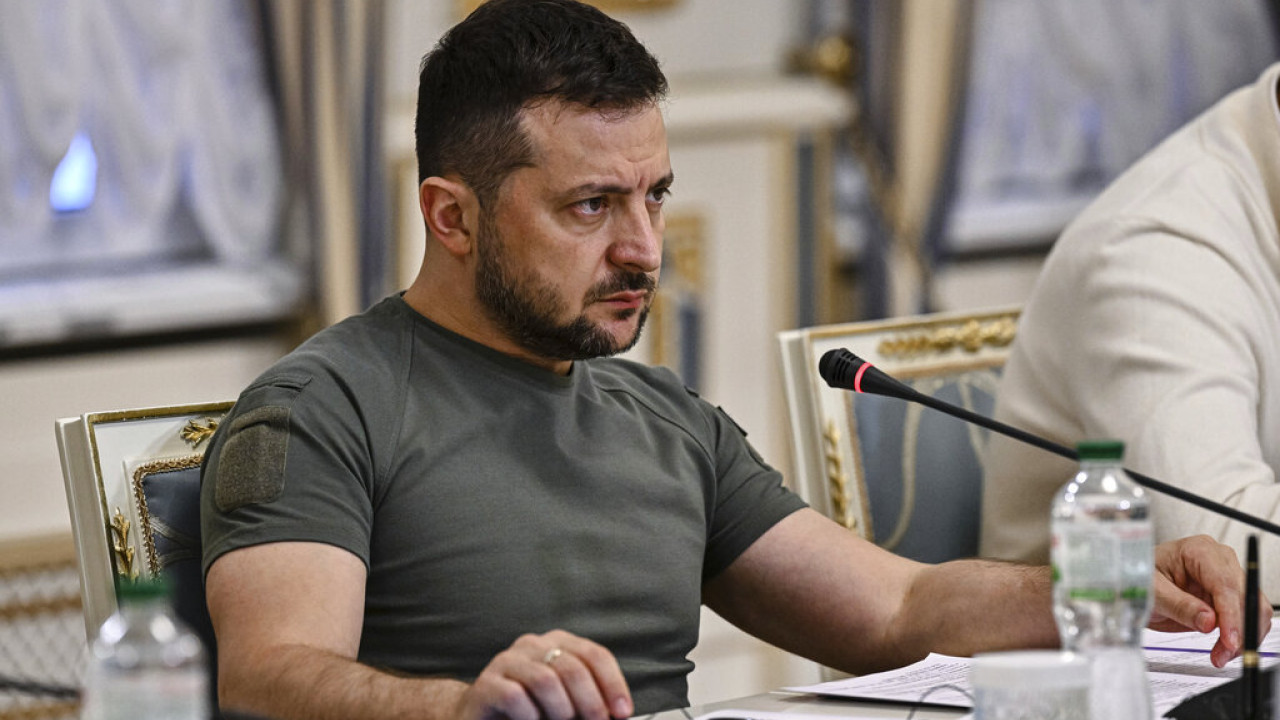 Zelensky insists: The explosion in Poland was not caused by a Ukrainian missile

The Ukrainian president stressed that Ukraine must gain access to the site of the explosion.

THE President of Ukraine Volodymyr Zelenskyaccording to the Ukrainian news agency Interfax, said this afternoon that he had no doubt that the explosion which killed two people in Poland not caused by Ukrainian missile.

“I have no doubt that it was not our missile,” he said, according to Interfax Ukraine, adding that Ukraine must have gained access to the site of the explosion. “Can’t we have a say in the final conclusions? Do we have the right to be on the investigative team? Of course,” he said characteristically.

The Ukrainian president also said that Russia has not made any proposals for peace talks in Kyiv. “They are not communicating with us,” he told reporters in Kyiv.

Poland and the United States should agree to let Ukraine join the investigation into a missile that hit a village in southeastern Poland, the Polish president said this afternoon.

“Proceedings are being conducted by Polish and American experts, and if someone is allowed to participate in these proceedings, they would need at least the agreement of both parties,” Andriy Duda told a news conference.

Earlier today at noon Oleksii Danilov, Secretary of the National Security and Defense Council of Ukraine stated that Kyiv requests access to the site of yesterday’s explosion.

Stoltenberg: The Ukrainian missile that fell in Poland – It was not a deliberate action

The missile that fell in Poland was Ukrainian, NATO Secretary General Jens Stoltenberg said at the press conference referring to the event that caused the emergency meeting of the Alliance’s permanent representatives.

As he said, “the top commanders informed us about the investigations. Yesterday’s explosion took place as Russia unleashed a new wave of attack on Ukraine.

From the preliminary investigations it appears that it was probably a Ukrainian anti-aircraft missile to intercept a Russian one.

I want to be clear: It is not Ukraine’s fault. Russia bears responsibility as it continues its illegal war in Ukraine.

We will continue to we support Ukraine. Russia must stop the war.

I spoke with President Duda (Poland) and President Biden (USA) and we agreed to remain calm and follow the investigations.”

Responding to questions from journalists, Mr Stoltenberg reiterated that the Ukrainian missile that hit Poland was not a deliberate act and added that Ukraine has the right to shoot down Russian missiles.

On whether NATO is prepared for similar incidents, he said: “We are prepared for accidents and to avoid escalation of the situation with calmness and determination.”

Facebook
Twitter
Pinterest
WhatsApp
Previous article
Moscow summoned the Polish ambassador to protest the missile – Zakharova posted a video
Next article
Find out how much it costs to eat at Casa do Porco, Maní and other 50 Best restaurants in SP