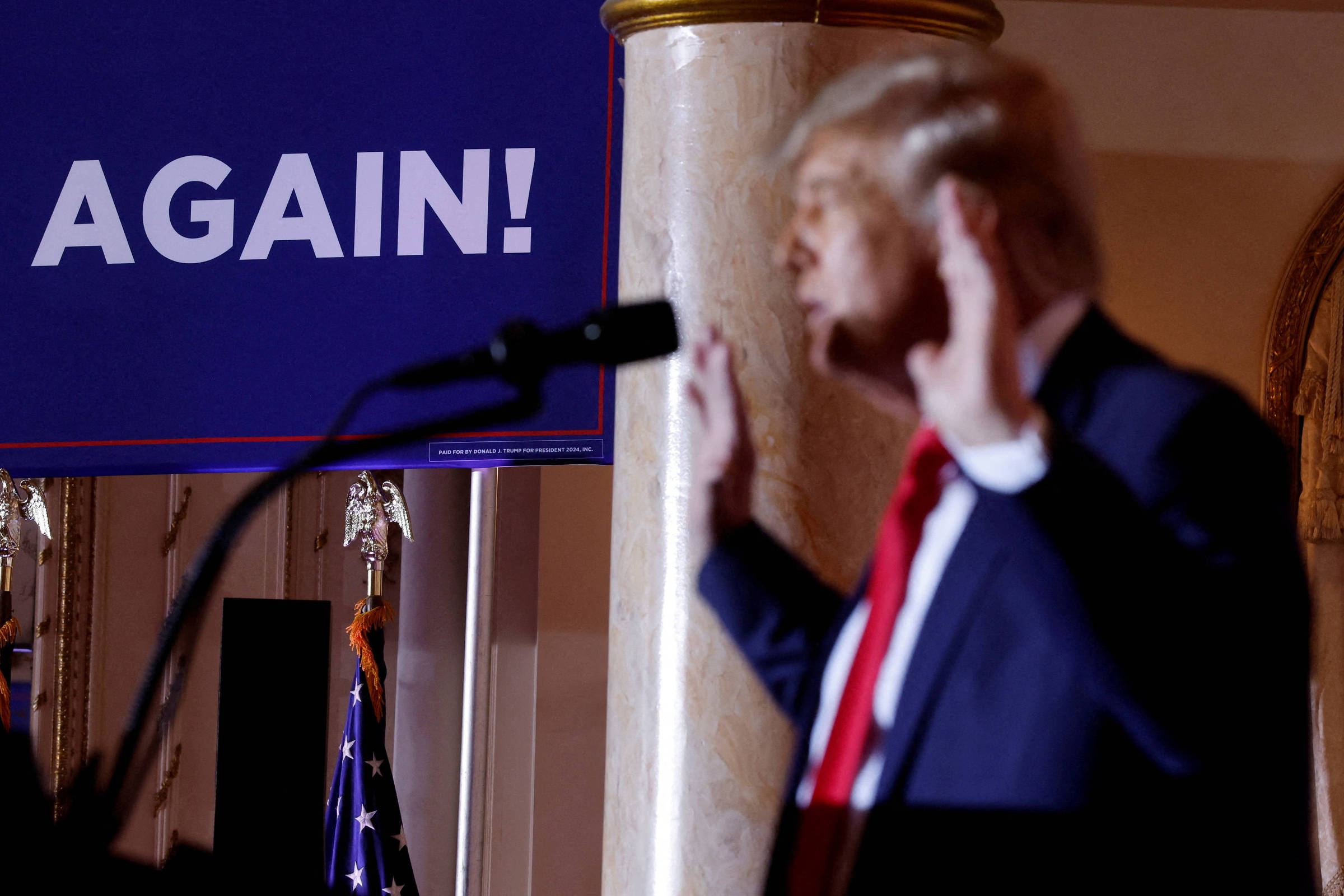 Opinion – Thomas L. Friedman: We must never forget the harm Trump and followers have done to US democracy

I was a little emotional when I went to vote this year.

First I went to the wrong high school in my neighborhood, where a clerk did a careful search for my name and then explained that I was registered at nearby Bethesda Elementary School. When I arrived, volunteers — my neighbors, from enthusiastic twenty-somethings to graying retirees — patiently explained how to mark the paper ballot. When my cell phone suddenly rang, all they had to do was strangle me: “Turn it off!”

It was the best thing about the USA: these people, this process, everything with honesty and respect. What a privilege to be able to vote like this! And how absurd these same people and this same process that Donald Trump has spent the last two years demeaning and attacking, managing to drag the majority of his party with him in this gigantic fraudulent accusation that his supposed victory in the 2020 election was stolen from him.

But wait – where was Trump last week?

Have you heard Trump or his lackeys claim that these midterms were rigged, that the supposed victories of their handpicked candidates were stolen from them? Aside from a few wildly unsubstantiated claims thrown in here and there by Trump, including that failed Arizona gubernatorial candidate Kari Lake (a farcical Trump impersonator) was the victim of a con, there hasn’t been much.

Instead, Trump has spent most of his energy defending some of his handpicked candidates and accusing his wife and others of having persuaded him to endorse the bizarre bunch of sycophantic election deniers who became “Team Trump” and lost virtually every election. the most important disputes.

The fact that Trump is not now filing lawsuits on behalf of all of them to prove that there was voter fraud says it all. Basically, Trump is saying to all of them:

“I’m sorry, this lie about rigged elections only concerns me. There is only room for one martyr in this party. You cannot use my lie in your state elections. I have only endorsed ambitious and unprincipled people – like you, JD Vance, Mehmet Oz, Doug Mastriano and Adam Laxalt—to amplify my lie and prove I’m not a loser. I can never be seen as a loser. If you’re a loser, it’s your own fault.”

It also explains why most election deniers who lost, like Oz, simply conceded defeat and didn’t claim fraud. Why not make a fuss, Mehmet? Hey JD, why don’t you cry out that your fellow Republicans lost because their elections were rigged, like you did with Trump? How about you, Doug? What was it you said on Sunday when you acknowledged losing the Pennsylvania gubernatorial election? “As difficult as it is to accept the result of the election, there is no other correct option than to recognize my defeat, and I recognize it.”

Because none of you ever believed Trump’s lie in the first place, you didn’t dare use the same lie in the election itself!

You just piggybacked on Trump’s lie, believing it to be his magic ticket, his easy shortcut to victory. They thought they could echo it, get elected with the votes of his supporters, and then leave it behind. Now that the majority failed to get elected, they want us to forget that they shamelessly tried to exploit that lie to get to power, while sneaking out.

Not. A thousand times no.

We must never, ever forget the harm that, by perpetrating this Big Lie, Trump and his cynical imitators, sectarian followers and media amplifiers have done to the reputation of our democracy, the respect for its institutions and the unity of society.

Viewed in isolation, it was a shameful hoax — but the fact that it was committed in the midst of a tremendously difficult pandemic, at a time when we needed each other more than ever to trust each other, care for each other and cooperate with our government to stop Covid , was criminal.

I don’t think we have a full picture of the damage this has done to the social fabric and the political system. The Big Lie divided families on Thanksgiving. Break friendships. It divided neighborhoods, chambers, state assemblies, parent-teacher associations, company boards and newsrooms. And it has diverted the entire country’s attention from the nation-building work at home, making it virtually impossible for us to accomplish anything important and difficult together.

Not only did it tarnish the country’s reputation as a democracy, it motivated a mob to storm the Capitol—with the express purpose of overturning the election result. Five policemen died. Many of the insurgents made it clear that they were motivated by the Big Lie. The extremist who attacked Paul Pelosi, husband of Speaker of the House Nancy Pelosi, had been steeped in conspiracy theories.

The Big Lie also empowered autocrats, including Russia’s Vladimir Putin and Chinese leader Xi Jinping, and fake democrats like Hungary’s Viktor Orbán, to go around bragging that their own people would never have to worry about “chaos”. brought about by democracy and elections.

Big Liar Trump and all the little liars who piggybacked on his deceit for their own profit and amusement—especially Rupert and Lachlan Murdoch, Tucker Carlson, Sean Hannity, and virtually the entire Fox team—have done untold damage. They should all be deeply ashamed.

And does Trump now have the nerve, the sheer nerve, to stand before this bonfire of lies, hate and broken relationships he has ignited and declare that he is running for president again?

And now the Murdoch crowd, after spending two years putting a stop to this hoax, have the gall to say “maybe it’s time we bet on Ron DeSantis” — without any accountability for what she allowed to happen? No, I’m sorry. History will not be lenient with you.

As David Axelrod, a former adviser to President Barack Obama, told CNN, speaking of Trump’s abandonment by some Republican politicians now that he has become a loser: watching “their exodus from the Trump camp, led by Rupert Murdoch and his media empire on the right, it’s been amazing. They can tolerate transgressions against democracy and decency, but they can’t tolerate losing.”

That’s why, for the first time in a long time, I felt some hope again in the American political system. Ever since Trump walked down that escalator in 2015, the Republican establishment has been trying to do two mutually incompatible things: harvest votes from Trump’s base and avert his eyes from his shameful behaviors, even his debasement of the electoral system. For them, nothing Trump did was vile enough for them to disown him, because they were addicted to his base votes.

Well, most Americans have just set a floor, a limit. Or, as Nick Corasaniti wrote: “Every voter denier who tried to reach high elected office in a critical swing state lost at the polls. Voters roundly rejected extremists who promised to restrict the vote and overhaul the electoral process.”

It is true that most of Trump’s sectarian followers still embrace his lie, because to openly abandon that position in front of family, friends or colleagues is too embarrassing. But the Republican establishment will have to choose: continue to lose to Trump or vote him off the island in favor of DeSantis. Welcome to “Survivor: Florida”.

The best part is that this reckoning was not imposed by the leadership of the GOP — they are cowards — but by the most important and quietly brave people in this election: ordinary Americans; principled Republicans, Democrats, and independents, young and old who voted against the Big Lie and its perpetrators in their sections, just like mine, and their principled neighbors and fellow citizens who counted the votes carefully, fairly, and honestly, exactly as they always have —including in 2020.