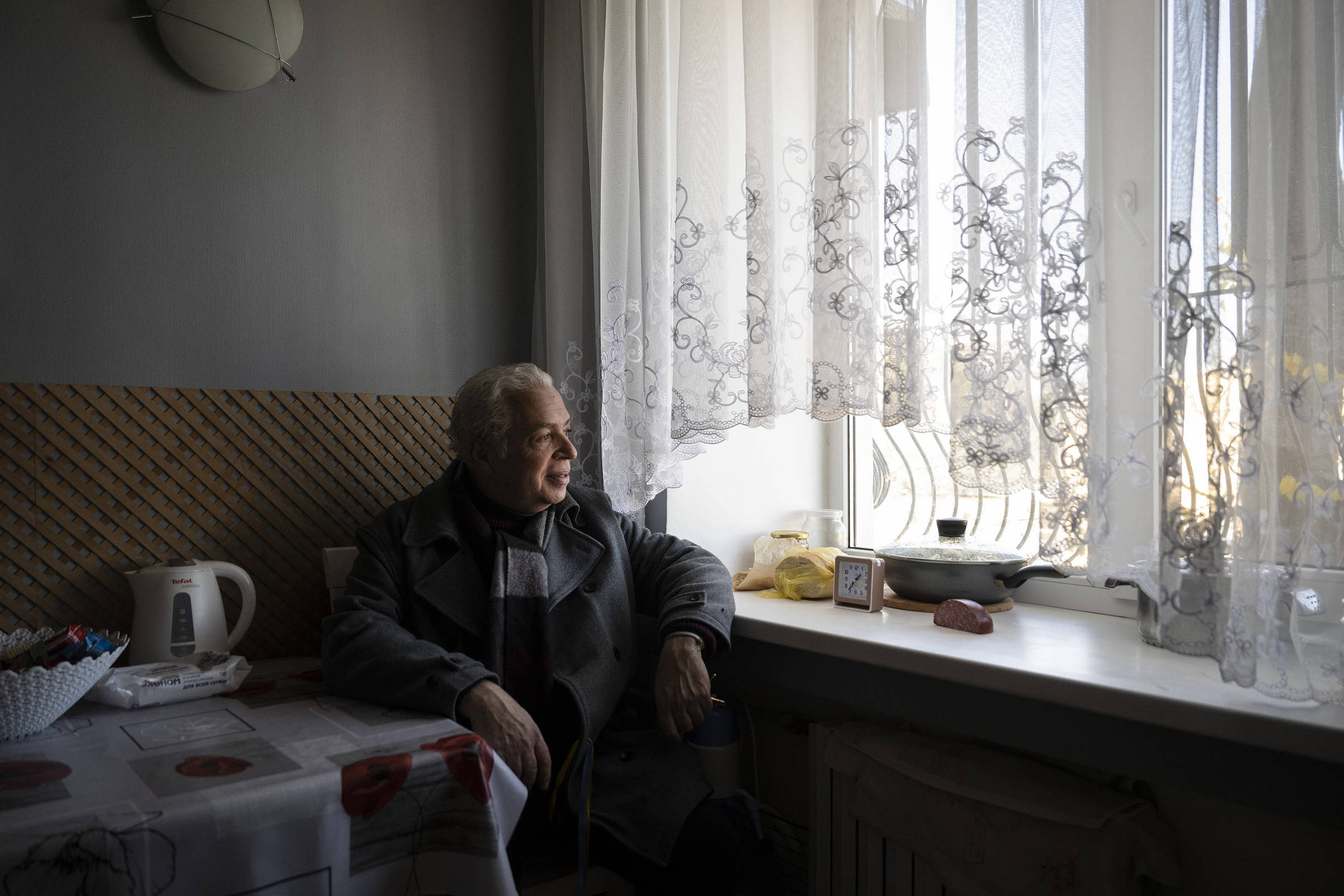 American survived for eight months in Kherson, hidden from Russians

In order to remain unnoticed by Russian patrols, he did not leave his house; he was watching movies on his laptop. On sunny days, he walked in a small fenced courtyard. Afraid of being seen, he peered cautiously from behind the curtains, seeing the Russians settling in across the street.

He is English professor Timothy Morales, an American who spent all eight months of the Russian occupation of the city of Kherson, in southern Ukraine, hidden from the Russian military and secret police, afraid that his nationality would make him a target. Morales only emerged in public when the Ukrainian army liberated the city last week.

“I went through moments of despair,” says Morales, in Kherson’s central square, where he now walks freely with blue and yellow ribbons – Ukraine’s national colors – attached to his wool coat. “But I knew this day would come at some point.”

The thump of artillery fired towards the city from Russian positions across the Dnieper still rattles the windows, and Kherson is a gloomy, dark city without electricity, water or heat. Most of its inhabitants fled months ago, and when the Russians retreated, they took everything of value they could find.

At dawn each day, many remaining civilians form long lines to receive bread or fill plastic water jugs. It was only on Tuesday (15) that the first convoys loaded with humanitarian aid arrived. Trucks parked in the square to hand out packets of flour, soap, wet wipes and treats like powdered instant milkshake.

But for former university professor Morales, 56, the worst was behind him — he would no longer need to play cat and mouse with the Russians. Raised in Banbury, England, Morales lived in Okhaloma City for years, teaching English literature. Before the Russian invasion of Ukraine in February, he opened an English school in Kherson.

In the chaotic opening days of the war, as Moscow’s tanks battled the few Ukrainian troops in the region, Morales found himself trapped behind Russian lines.

He said he once tried to escape north along a highway, but turned back when he saw tanks up ahead. He managed to send his 10-year-old daughter to safety, traveling with his ex-wife, but he himself was unable to leave. “I didn’t want to risk leaving with my passport.”

Morales had not done anything illegal under the laws of any country. But the Kremlin has characterized the US and its allies, who are arming Ukrainian troops, as the real enemy in the war, blaming them for setbacks at the front. Morales feared that Russian troops would arrest him simply because he was an American.

He became a survivor and a furtive witness to the Russian attack, the brutal occupation and the failed Russian effort to assimilate parts of Ukraine and eliminate any opposition.

The Russians invaded Kherson in early March, and soon after soldiers were patrolling the streets of the city while agents of the Federal Security Service (FSB, in Russian), the main successor agency of the KGB, searched for members of an underground pro-Ukrainian guerrilla movement. .

Morales’ life became limited to two apartments – his and his ex-wife’s–, in addition to the patio, a pleasant space that is difficult to see, with cherry and walnut trees. For two months, he says, he dared not venture farther than the courtyard.

Relatives of his ex-wife, who is Ukrainian, would bring him food, and he would sometimes shop at a grocery store where he met the clerk — a teenager with pro-Ukrainian views. Shopping trips were exceptions in his generally cloistered life.

There was a moment when he narrowly escaped a tight spot. In September, he had gone to the courtyard and seen Russian soldiers pointing rifles through the wire mesh of a gate. He ran back into the house and locked the door. Shortly afterwards a group of soldiers arrived to search. A neighbor shouted from the other side of the door that he had no choice but to open the door. Morales opened it and found himself face to face with an FSB agent.

He speaks Russian, but not well enough to pass for Ukrainian. He told the agent that he was Irish, his name was Timothy Joseph, he taught English and had lost his passport. The secret police left. The neighbor, an older woman, helped him with the deception, telling the police that they had no reason to be suspicious.

“That changed my perspective,” he says. “Before I was careful. Then I got paranoid.” He says the interrogation was the worst time he’s been through and that he thinks he only got away with it because the agents “were not the smartest people in the world.”

From his hiding place, he was able to return to teaching English online, using a neighbor’s Internet connection to communicate with students in other parts of the country and abroad. “It kept my sanity,” he says, even though he couldn’t get paid for classes.

Morales became concerned when he saw a Russian, possibly a civilian administrator for the occupation government, move his family to live in an apartment abandoned by Ukrainians in a building across the street, increasing the risk of himself being discovered.

But as time went on, he observed something that was also becoming obvious to other residents: that the Russian army was falling apart. Discipline was slipping away, soldiers looked more ragged, and they were more commonly seen driving stolen local cars than military vehicles. “As time went on they became more sloppy and confused.”

In the last month of the Russian occupation, Morales observed that soldiers who had stolen expensive cars, such as BMWs or Mercedes, were ferrying these vehicles away from Kherson. The disappearance gave hope.

In the week before the release, the electricity went out, and Morales was left without access to the news. On Friday he saw a car pass in the street with a Ukrainian flag. “I knew then that the Russians were gone.”

He took part in the celebration in the city’s central square, greeting soldiers who entered Kherson in jeeps and pickups without encountering opposition. But as happy as he is that the city is free, he intends to leave now. “I need to distance myself from what happened here.”

Facebook
Twitter
Pinterest
WhatsApp
Previous article
Did you follow the news that moved the market this week? Quiz test
Next article
The overwhelming majority of residents say “yes” to the railway connection between Rio and the port of Patras