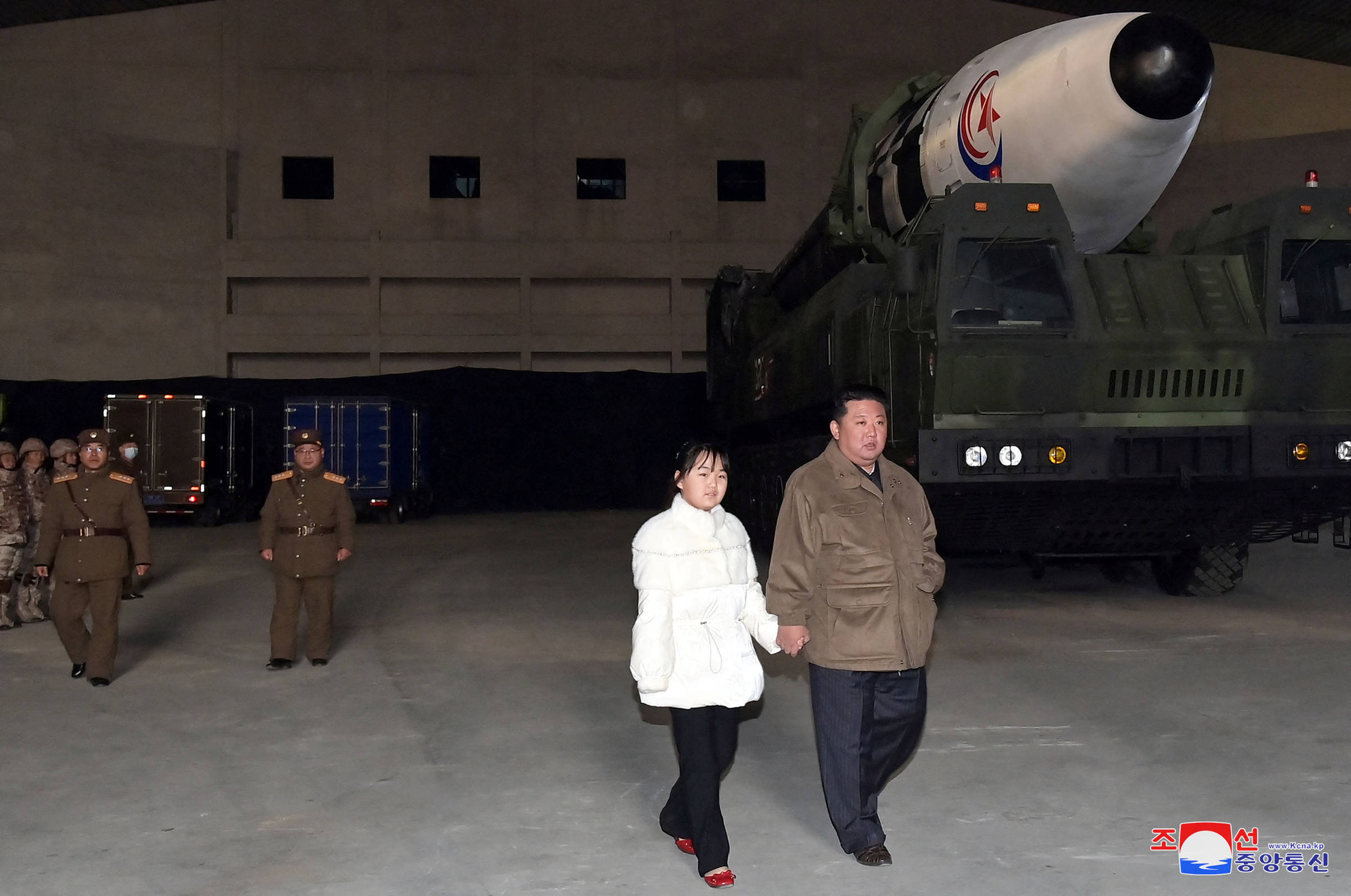 Dictator Kim Jong-Un revealed the face of one of his daughters for the first time, with the release, by the state agency KCNA, of photos of a new intercontinental missile launch carried out this Friday (17) by North Korea.

The Hwasong-17, which technically has the ability to reach US territory, crashed off the coast of Japan, raising tensions in the region again. After the launch, Kim again laid the nuclear cards against Washington and its allies on the table. “If the enemies’ threats continue, we will respond with confrontation and nuclear weapons,” he was quoted as saying by regime media.

The existence of Kim Jong-un’s children had never been officially confirmed by the dictatorship. KCNA did not release the girl’s name, only photos of her, in a white coat, with her father overseeing the missile and launch and then celebrating the result.

“It’s the first time we’ve seen Kim’s daughter at a public event. It’s highly significant and represents a certain degree of comfort on the part of the leader,” Michael Madden, an expert on Korean affairs, told Reuters. North at the Stimson Center.

The dictator is believed to have up to three children, two girls and a boy. Some observers believe that one of them has already been seen celebrating a national holiday in September, but the identity has not been confirmed by the regime.

In 2013, former American basketball player Dennis Rodman said that Kim had a baby daughter named Ju Ae. After visiting the country, the athlete told the British newspaper The Guardian that he met with the dictator’s family and held the child in his lap.

“Ju Ae is estimated to be 12 or 13 years old, which means in about four or five years she will be entering college or doing military service,” says Madden.

“It could indicate that she is being educated and groomed for a leadership role — to take over the leadership of the regime or to become an adviser or a behind-the-scenes agent like her aunt.”

The dictatorship never announced who would be Kim’s successor should he be unable to continue at the helm of the regime. With few details known about her offspring, analysts speculate that her sister and trusted authorities could form a regency of sorts until a successor is old enough to take over.

According to Madden, the appearance of the leader’s daughter at this Thursday’s event suggests that the family may have a fourth generation at the head of the country. “Her presence was intended for an elite audience.”

In addition to the girl, the launch had another relatively rare presence: Ri Sol-ju, Kim’s wife. “Whenever it appears, there is a strategic message behind it, usually designed to reduce tensions, balance negative messages or show family cohesion in times of internal turmoil”, says Ken Gause, country scholar at CNA.

Facebook
Twitter
Pinterest
WhatsApp
Previous article
Learn curiosities about players of the Brazilian national team on the eve of the start of the World Cup
Next article
Mônica Bergamo: Mercadante suggests naming a CCBB cinema in Brasília after Isabel Salgado