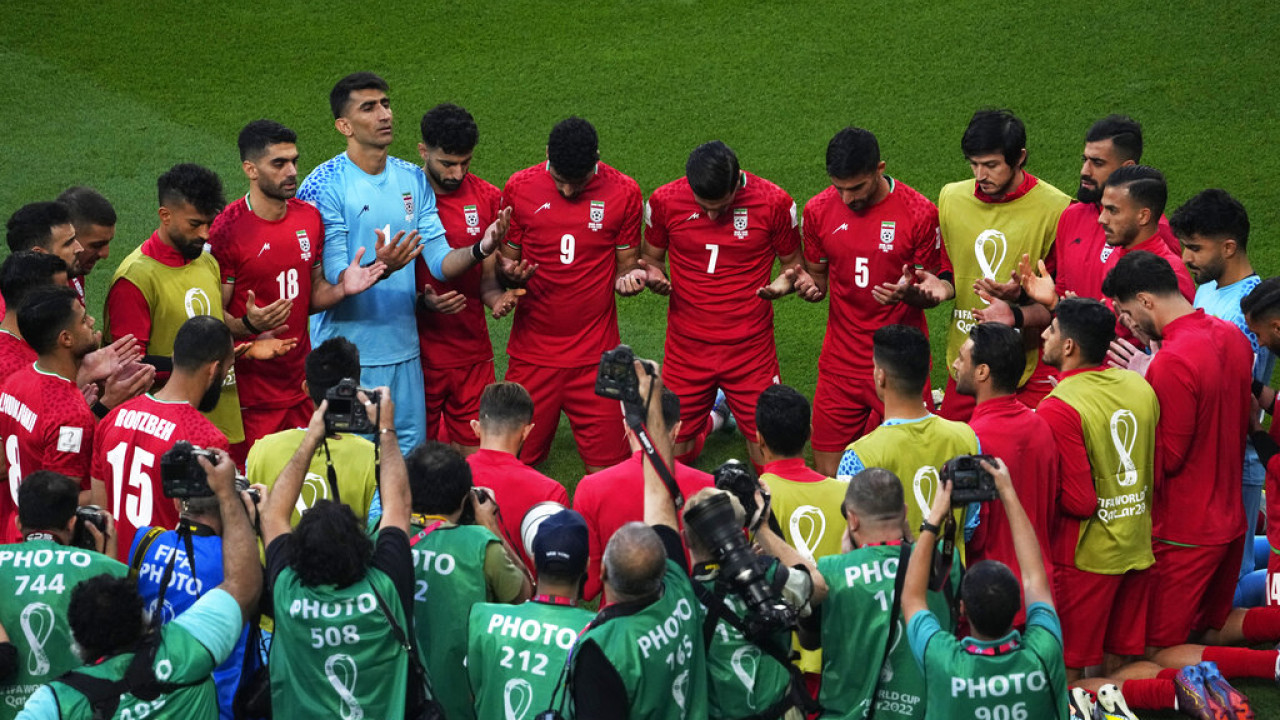 During the national anthem, Iranian TV did not show the football players of Iran’s national team

The big star in Monday’s England-Iran World Cup match in Qatar was not so much football as the struggle of Iranians who have been calling for the downfall of the country’s ultra-conservative government since last September. For many women, who in their country are banned from going to the stadium, it was a unique opportunity to see their national team compete for the first time up close, even if they wished it would lose.

When the national anthem was played, Iranian television did not show the football players of Iran’s national team. The director chose a general shot of the field since the players neither placed their right hand at heart level nor sang the national anthem. Their gaze was fixed on space and their hands crossed over their shoulders. During the match they did not celebrate either of the two goals they scored.

In the stands, Iranian fans made sure to show their solidarity with the massive anti-government protests that have rocked the country since September 16. Many wore t-shirts with the slogan “Women, Life, Freedom”, others wore hats with the photos of female protesters killed by the regime. Their eyes were teary during the national anthem while others applauded the players for their silent protest.

In the 22nd minute of the match, everyone shouted the name of Mahsha Amini, the 22-year-old who was arrested in Tehran by the moral police because she was not wearing her headscarf properly and some tufts of her hair were in public view. On September 16 the girl was found dead with police two months later still insisting the 22-year-old suffered a heart attack despite reports of fatal blows to her head.

The Iranian people are divided in their support for the country’s national team. There are not a few who view the celebrations as a betrayal of all those, women and men, who risk their lives protesting in the streets of Iran. But there are those who argue that the national football team represents the people and not the hardline clerical establishment. However, in Qatar they are a minority and remain silent since, as Ehsan, who lives in Tehran but went to Qatar for the World Cup, told The Guardian, “in Iran they have the power but outside the country we are the majority”.

And while the players themselves struggle and many in the stands wish for them to fail, the Iranian government is calling on fans to support the team as they take on the country’s nemesis the US on November 29. At the same time, he is pressuring the players not to take any action in favor of the protests.

Those foreign journalists in Qatar spoke to Iranian women who would be watching a football match from the stands of the stadium for the first time. None shared her last name with them. As they explained, such a thing could put their lives in danger and this because of their statements to the foreign media. In fact, some introduced themselves as Mahsha by emphasizing “We are all Mahsha Amini” and repeating one of the slogans that can be heard on the streets of the whole country.

Iran were beaten 6-2 by England. In the stands the result of defeat does not matter. The dead in Iran are now hundreds, among them at least 58 children, while five people are already facing the death penalty. Some expect the players when they return back to the country to be photographed with its leadership. For a moment, they hang their heads in shame and then pick it up again to pull off the upset even if this game has to go to overtime to win it.

Facebook
Twitter
Pinterest
WhatsApp
Previous article
Budget 2023: “Investments keep us out of recession” – Forecasts for the Greek economy
Next article
Turning to everyday life the antidote to oppositional toxicity