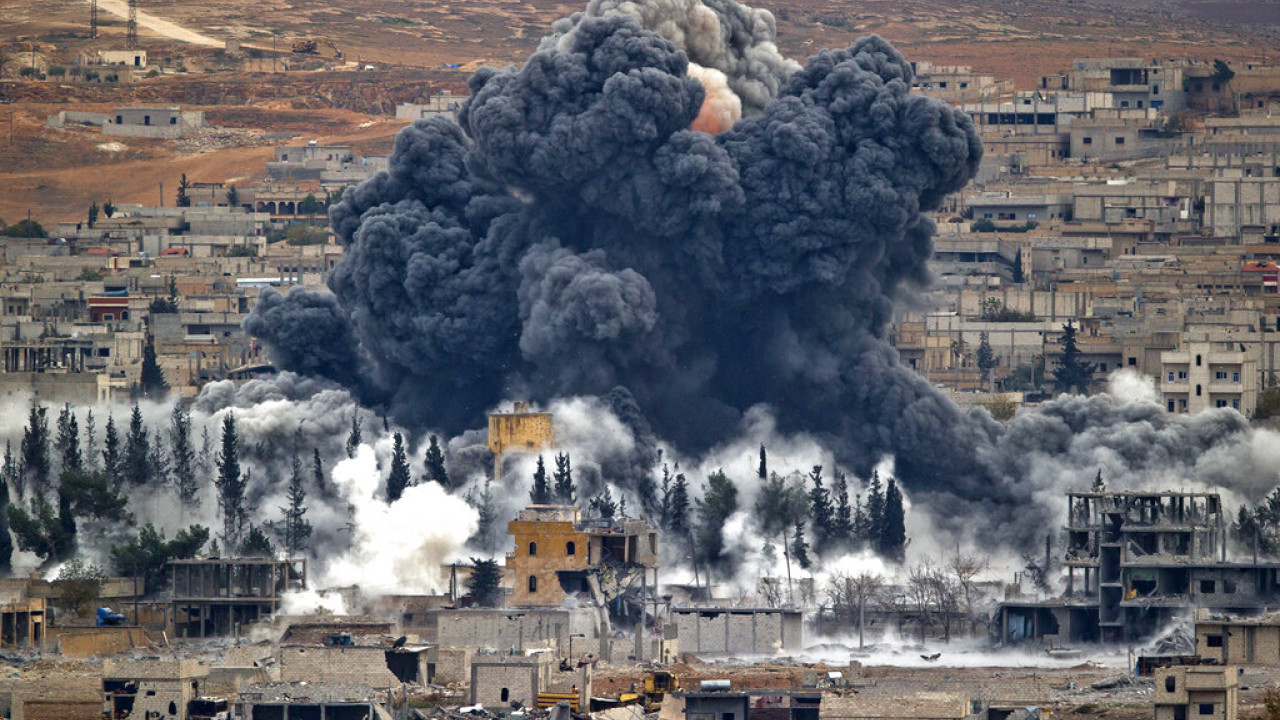 “At the right time” the ground attack in Syria, Erdogan threatens

“We will continue our air operations without interruption and we will enter the terrorists’ territory at the moment we see fit,” the Turkish president said.

Turkey is “more determined than ever” to protect its border with Syria from Kurdish fighters, President Recep Tayyip Erdogan said today.

“Our business with our planes, cannons and drones is just the beginning. Our determination to protect all of our southern borders (…) with a security zone is stronger today than ever,” he said in a speech to his party’s deputies, AK, in the National Assembly.

“We will continue our air operations without interruption and enter the terrorist territory at a time that seems appropriate to ussaid the Turkish president.

Turkey launched on Sunday the “Gampso Xifos” operationa series of airstrikes in northern Iraq and northern Syria followed by artillery fire against positions of the Kurdistan Workers’ Party (PKK) and the People’s Protection Units (YPG).

Ankara says it has hit 471 targets so far.

Yesterday, Tuesday night, Turkish artillery bombardment was mainly focused on the iconic city of Kobani, a stronghold of the YPG, which was recaptured from the Islamic State group’s jihadists in 2015 with the support of the West, according to the Syrian Observatory for Human Rights.

Erdogan has been threatening since May to order a large-scale ground operation in Syria’s north, but the Nov. 13 bomb blast in the heart of Istanbul, which his government blamed on the PKK (Kurdistan Workers’ Party) and the YPG (People’s Protection Units), may accelerate developments.

Brake from Moscow and Washington

Turkey’s aggression and Erdogan’s statements have provoked reactions from Washington and Moscow, which have been embroiled in a war in Syria that has killed around half a million people and uprooted millions more since 2011.

“We are calling for a de-escalation in Syria to protect civilians and support our shared goal of defeating the Islamic State,” State Department spokesman Ned Price said.

The US has provided support to the YPG, Syria’s main Kurdish group, in its fight against IS jihadists, instrumental in regaining control of Kobani in 2015.

John Kirby, a spokesman for the White House National Security Council, acknowledged that Turkey remains exposed to a “terrorist threat” and “has the right to defend itself and defend its citizens.”

However, he added, these “cross-border” operations “may lead to a backlash from some of our partners in the SDF (Syrian Democratic Forces, of which the YPG is a key component), which would limit their ability to continue the fight against him Islamic State”.

“We want to be able to keep the pressure on IS. This network is worn out, but it is still (…) a threat. Accordingly, we would like our partners in the GDR to continue to keep up the pressure,” explained Mr. Kerby.

Russia, for its part, expressed the “hope” that Turkey will show “restraint” and refrain from “any use of excessive force” in Syria.

“We understand Turkey’s concerns (…). But at the same time, we call on all parties to refrain from any initiative that could lead to serious destabilization,” Kremlin spokesman Dmitry Peskov said.

On Monday, Berlin and Paris called on Ankara to act in a “proportionate” manner and “show more restraint” respectively.

For its part, Turkey demanded yesterday that its allies, above all the US, “stop all support” to the YPG.

The SDD assures that they seek “de-escalation”.

From 2016 to 2019, Turkey’s military conducted three large-scale operations in northern Syria against Kurdish paramilitaries and other organizations.

Ankara has repeatedly expressed its intention to create a 30-kilometer-deep “security zone” along its southern border.

For American analyst Anthony Skinner, the conditions are now in place for Turkey to launch a “brutal” operation against the PKK and YPG as the “presidential and parliamentary elections” of June 2023 approach. In his view, President Erdogan is determined to play “the security card” ahead of the elections.