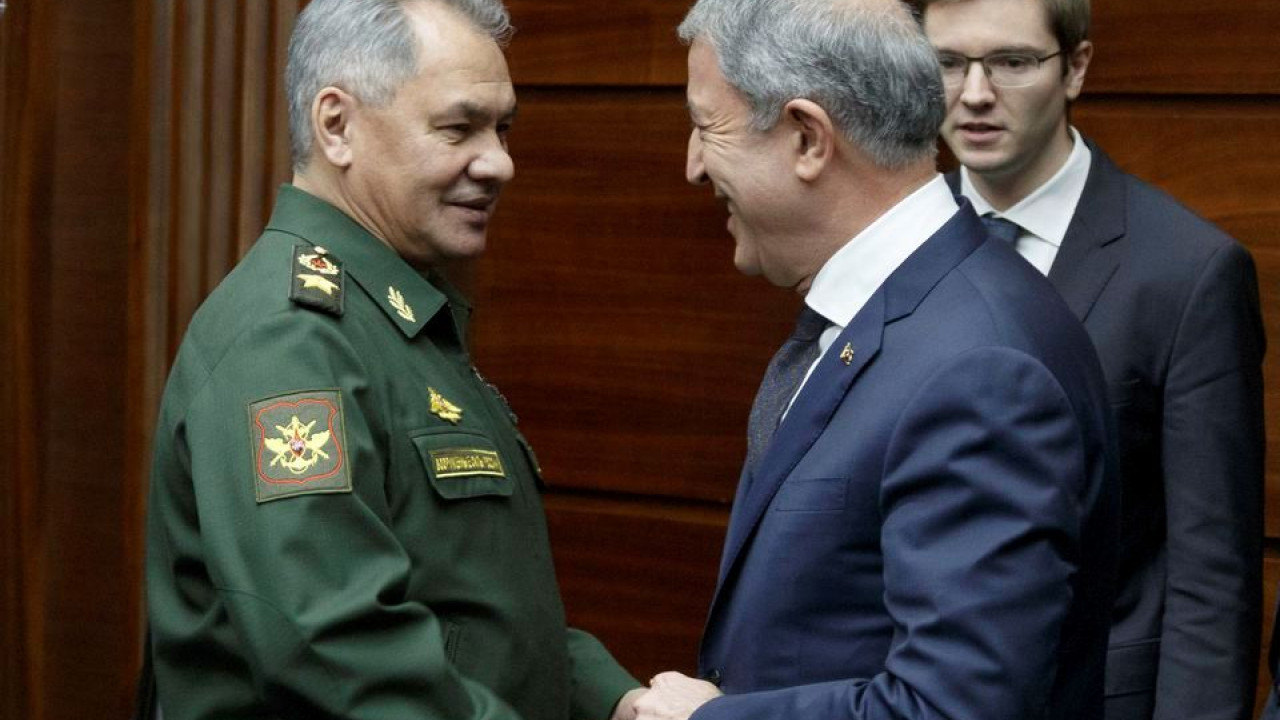 Akar to Shoigu on attacks in Syria: We will “irreversibly” prevent the terrorist threat

In the expediency of its military operations Ankara insists on Syria and Iraq, despite the opposition of the USA, Europe, and also Russia.

The Turkish Defense Minister Hulusi Akar he told his Russian counterpart Sergei Shoigu, in a phone call Thursday that Ankara would continue to respond to attacks from northern Syria, a day after Russia asked Turkey to refrain from a full-scale attack on Syria.

Akar told Shoigu that “Turkey’s priority is to irrevocably prevent the terrorist threat (from northern Syria),” noting that previous agreements on this matter should be respected, the Turkish Defense Ministry said in a statement.

Yesterday, senior Russian negotiator Alexander Lavrentiev said Turkey should refrain from a full-scale ground attack on Syria because such actions could cause an escalation of violence. There had been previous similar invitations from the Kremlin.

Russia’s TASS news agency, citing the Russian Defense Ministry, reported that the Russian defense minister discussed the situation in Syria and the Black Sea grain deal with Akar in a phone call.

At the same time, according to diplomatic sources cited by the Turkish news agency Anadolu, Turkish Foreign Minister Mevlut Cavusoglu, in a telephone conversation with his Finnish counterpart Pekka Haavisto, said Ankara would continue decisively “the fight against terrorism” with the company “Gampso Xifos”.

Turkey launched Operation Forked Sword on Sunday, a series of airstrikes in northern Iraq and northern Syria followed by artillery fire against positions of the Kurdistan Workers’ Party (PKK) and the People’s Protection Units (YPG).

Facebook
Twitter
Pinterest
WhatsApp
Previous article
Europol dismantles international network that carried out millions of phone scams
Next article
Announcement of the workers at the “Kivoto” of Chios: “We have given our souls for the children”