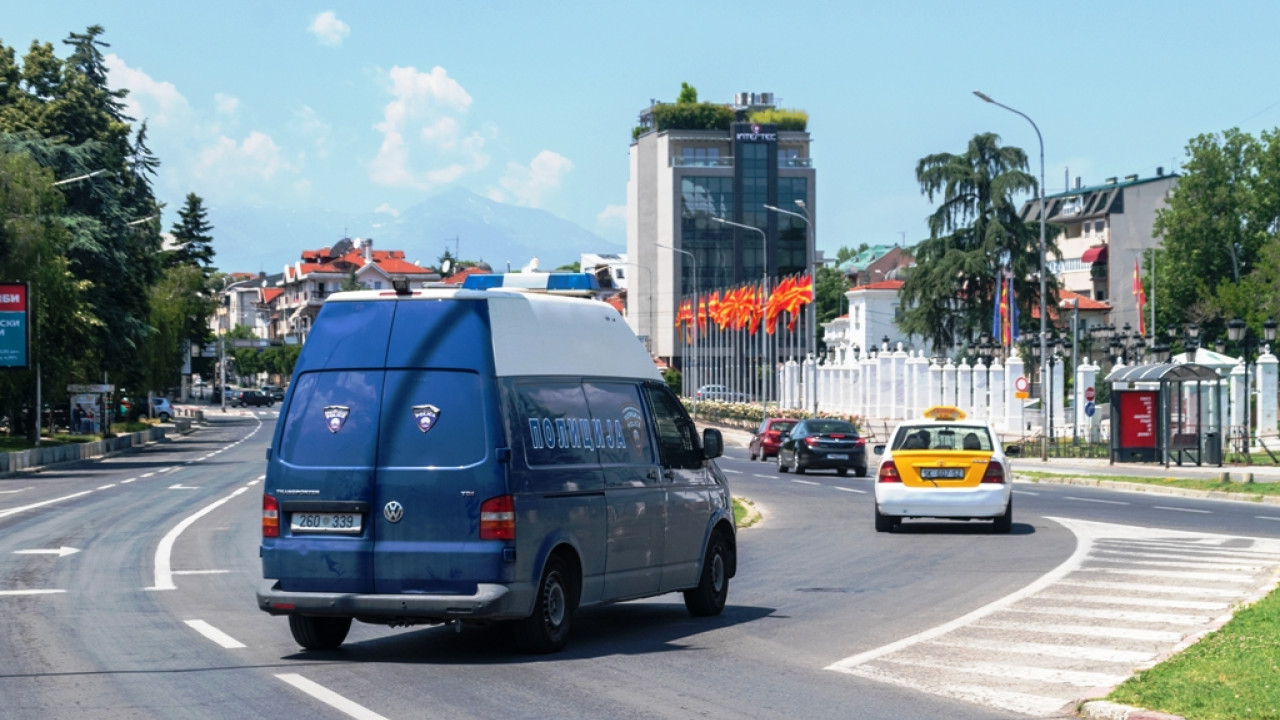 This was the third consecutive attack on the offices of the Bulgarian club since they opened in early October.

Unknown persons caused new damage, on Wednesday night, at the offices of the Bulgarian cultural association “Tsar Voris III” in Ohrid.
In fact, as confirmed by the Ohrid police department, this time the damage was caused by shots fired at the windows of the Bulgarian club.

This was the third attack in a row at the offices of the Bulgarian club since their operation, at the beginning of October.

“Incidents of this kind are completely unacceptable, may endanger human lives and reinforce outdated perceptions that are against the country’s European integration,” the statement said.

The Ministry of Foreign Affairs of North Macedonia called on the prosecuting authorities of the country to take immediate measures to identify and arrest the perpetrators, as well as to take additional preventive actions, in order to ensure the appropriate conditions for the smooth conduct of the activities of the specific, but and other civic associations in the country.

This new attack on the offices of the Bulgarian cultural association “Tsar Boris III” in Ohrid strongly condemned and Bulgaria’s foreign ministry, which expresses concern that the attack was carried out with a weapon.

The Ministry of Foreign Affairs of Bulgaria also reports that it has taken into account the reaction of the Ministry of Foreign Affairs of North Macedonia, however, as it points out, the authorities in Sofia expect the competent bodies of North Macedonia to take measures as soon as possible in order to identify the perpetrators of the crime of this act against the club “Tsaros Voris III” and to bring them to justice.

As reported by the state news agency of North Macedonia, “MIA”, the ambassador of North Macedonia in Sofia, Agnesa Rousi, is to be summoned today Thursday to the Bulgarian Ministry of Foreign Affairs, in order to be served with a strict notice of protest against the attack on the Bulgarian cultural club. Tsar Voris III” in Ohrid.

The Bulgarian diplomats, “MIA” adds, last night thoroughly informed the leadership of the European Commission about the serious incident in Ohrid.

The reaction of the President of Bulgaria, Rumen Radev, was also severe, who spoke of “an absolutely unacceptable action, typical of the aggressive climate against Bulgaria and the Bulgarians that has been cultivated for decades in North Macedonia”.
According to Radev, “the leadership of the Republic of North Macedonia and the society of this country must understand that the road to the EU passes through the recognition and respect of the rights of the Macedonian Bulgarians and the Bulgarian cultural and historical heritage”.

The Bulgarian club “Tsar Boris III” in Ohrid was inaugurated at the beginning of last October and had provoked strong protests from the local population, mainly because of the name it bears, but also from the Jewish community of North Macedonia, which considers it responsible for deportation and extermination in the Treblinka and Majdanek death camps of 7,144 Jews of present-day North Macedonia.

When Adolf Hitler came to power he tried to win the loyalty of the King of Bulgaria, Boris III. In March 1941, Boris III allied with the Axis powers, thus occupying most of Macedonia and Western Thrace.

Facebook
Twitter
Pinterest
WhatsApp
Previous article
Artemis 1: Stunning pictures of the Moon from Orion
Next article
Turkish provocation in the red: 91 violations and 7 engagements over the Aegean