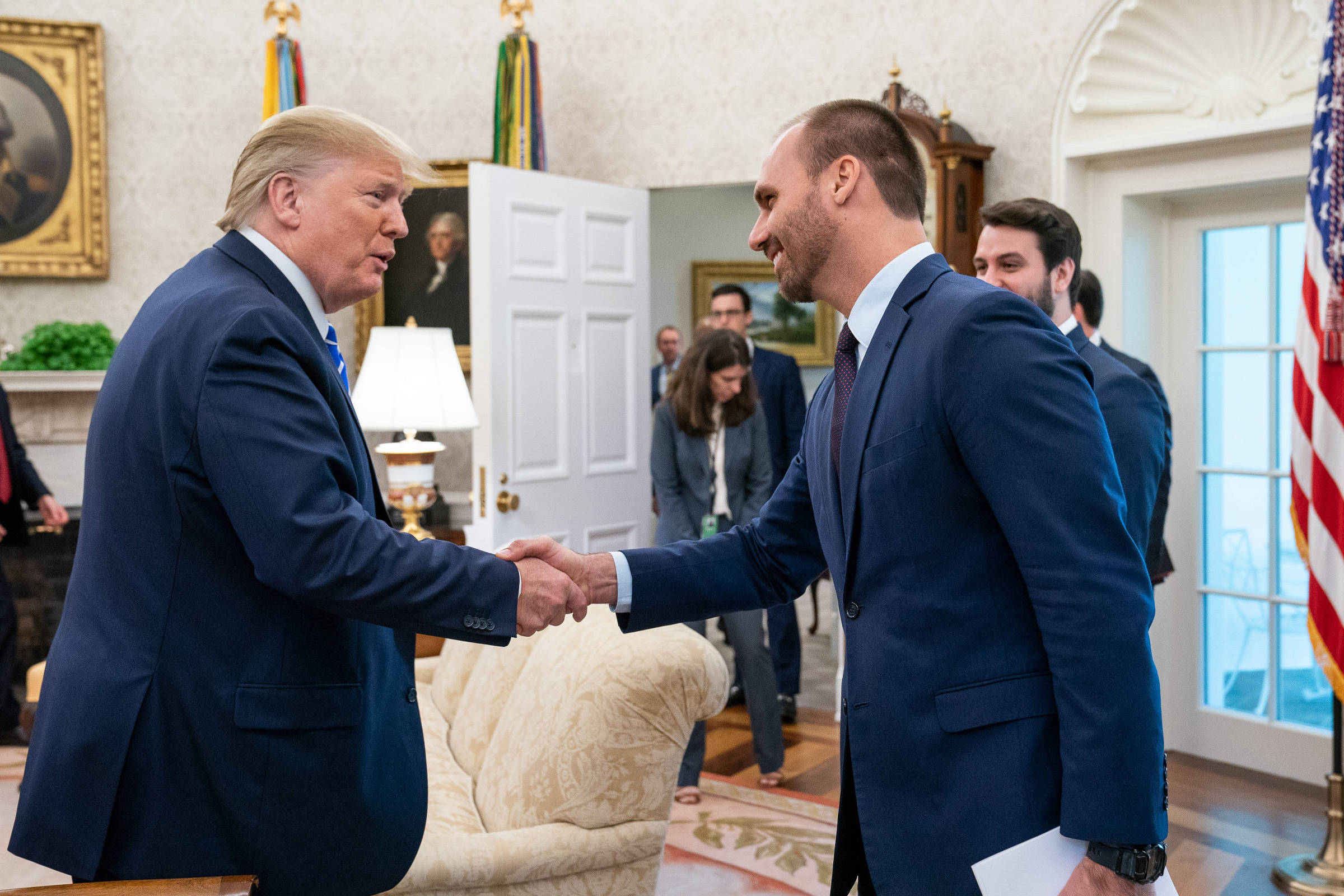 Former American President Donald Trump would have advised the Bolsonaro family to contest the result of the presidential election in Brazil, according to The Washington Post, from the United States. He even met with federal deputy Eduardo Bolsonaro (PL-SP), son of President Jair Bolsonaro (PL).

According to the newspaper, in an article published this Wednesday (23), Eduardo Bolsonaro held meetings after the second round of the election at the luxury resort Mar-a-Lago, which belongs to Trump, in Palm Beach, Florida. He also allegedly spoke with other political allies over the phone.

To the newspaper, former Trump strategist and organizer of the global ultra-right Steve Bannon confirmed that he met with the deputy, in the US state of Arizona, and discussed with him the power of the pro-Bolsonaro protests and the challenges related to the outcome of the election —the which Luiz Inácio Lula da Silva (PT) won.

In July, Bannon was sentenced to prison by the Justice of the United States for refusing to deliver documents and to testify to the commission of the American House that investigates the invasion of the Capitol.

Another former Trump adviser, Jason Miller, also confirmed to the Washington Post that he had lunch with Eduardo Bolsonaro in Florida to discuss “digital censorship and freedom of expression”.

The text also highlights the anti-democratic demonstrations across the country, which question the outcome of the elections, and says that Bolsonaro’s allies are divided over how to act after the defeat at the polls. Bannon, the paper says, is in favor of contesting the result, which “is likely to fail but may embolden supporters”.

Other allies prefer to focus efforts on actions that may have greater international appeal. Among them would be the attack on the legitimacy of the country’s supreme courts.

Neither Trump nor Eduardo Bolsonaro responded to Washington Post contacts.