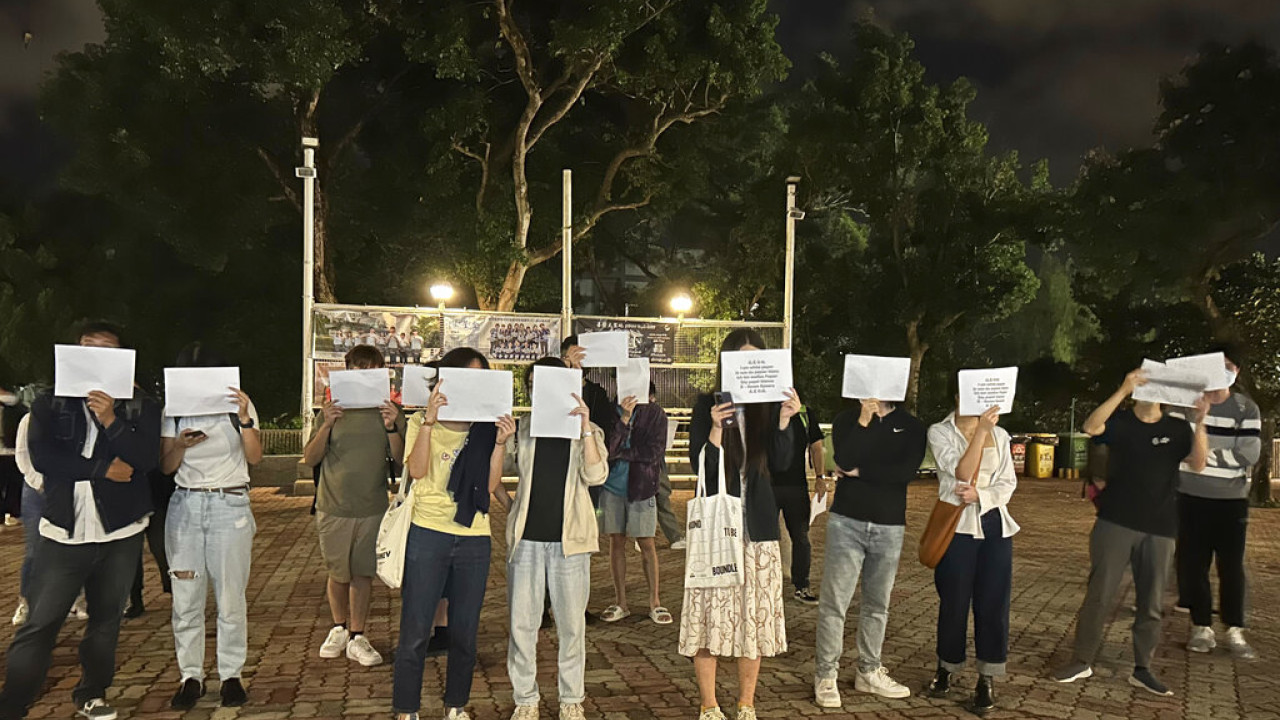 Protesters in the streets across China know what their future holds under the authoritarian communist government.

At the service of the totalitarian Chinese regime is “Big Brother” to deal with the protests that shake all the urban centers of the country, however, the leader of China Xi Jinping he is faced with options that only lead him to a dead end reports Sky News.

Beijing does not tolerate any political dissent. Dissidents often go to prison for a very long time. Under Xi Jinping’s totalitarian rule, even their lawyers are imprisoned.

Protesters in the streets across China know what their future holds under the authoritarian communist government. There are reports that many citizens who took part in protests last weekend have already been warned by the police who are monitoring them by phone or text.

“We know what you’re doing” typically writes the message. “Stop or face the consequences.”

China has built a massive, billion-dollar national surveillance system to suppress and control its people. Now, it’s being tested on thousands of protesters.

After the pro-democracy protests in Hong Kong, Chinese authorities arrested dissident leaders using surveillance technology and all sorts of other technology to track them down.

And in Beijing, there are reports that the police were “one step ahead” of the protesters, preempting the demonstrations in locations where they were to take place.

There is a cat and mouse game going on in China, and it will cost many citizens their freedom.

But the Chinese have shown that they are ready to take the risk. Chinese students “spit blood” to get the coveted university places in their highly competitive society. But at more than 50 universities it seems that students are ready to risk everything, taking to the streets and demanding change.

Xi Jinping has big ambitions. Mao Zedong may have united China, Deng Xiaoping may have made it richer, but he himself will lead it to its rightful place in the world, and he is not going to let a few days of turmoil put that ambition in jeopardy.

But he faces a dilemma. Either suppress the protests risking more unrest, or he could ease the lockdowns, as the people demand.

But China’s health system is not ready for this. After being told that their “infallible leader” had defeated the virus, many Chinese have not been vaccinated or have not had all the vaccines – especially the elderly. And there aren’t enough ICU beds to deal with the rise in infections.

If lockdowns are relaxed, COVID will increase and many could die, especially the elderly. In a country that respects old age, this could be politically disastrous for the government. Both options could to make things worse..

Facebook
Twitter
Pinterest
WhatsApp
Previous article
On Wednesday, the couple who were arrested with 10 kilos of heroin presented themselves to the Volos investigator
Next article
With sex bots, the Chinese authorities are trying to “disappear” the unprecedented protests