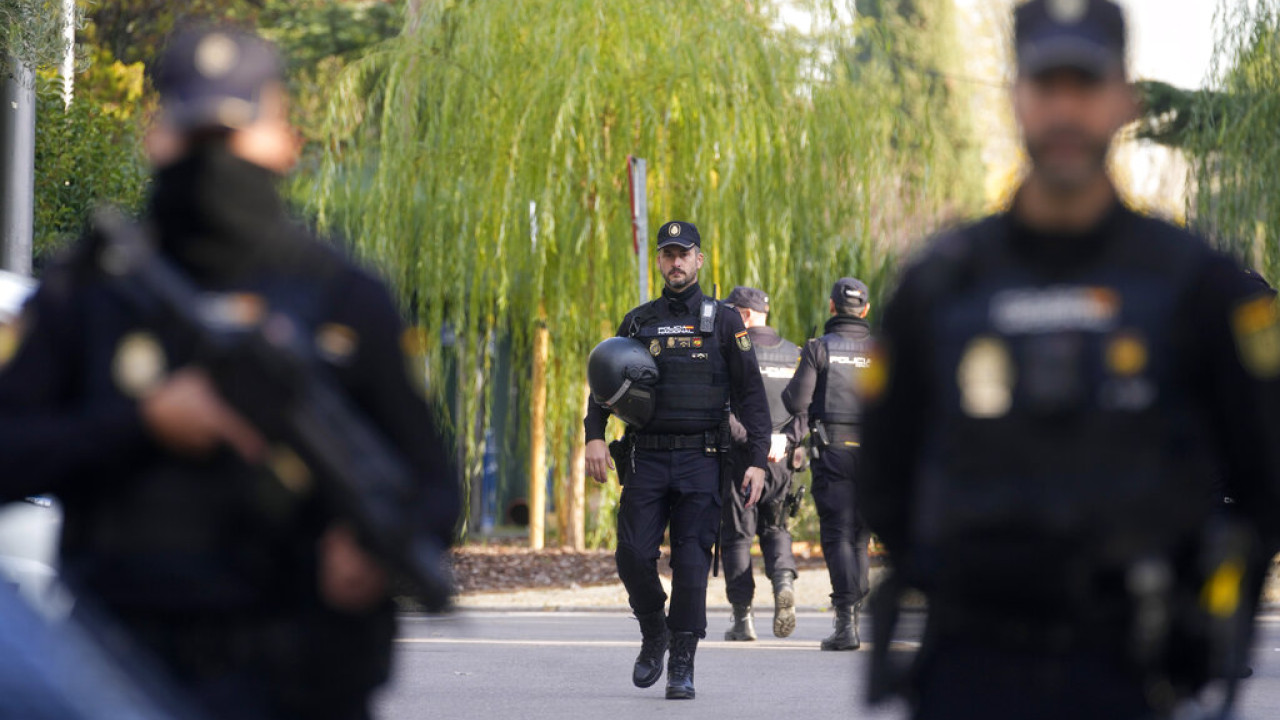 Earlier today it was revealed that an explosive device had been found hidden in a package which had been sent by post to the Torrejon de Ardoth Air Base outside Madrid.

A trapped envelope was also sent to the Ministry of Defense of Spain, signaling an alarm to the Security Authorities of Spain.

Earlier today it was reported that an explosive device was found hidden in a package that was mailed to the air base Torrejon de Ardoth outside Madrid.

Two bombs hidden in letters were found yesterday, Wednesday, at the Ukrainian embassy in Madrid and at a weapons factory in Zaragoza, southern Spain.

A worker at Ukraine’s embassy in Madrid was slightly injured when a letter bomb, addressed to the ambassador, exploded, prompting Kyiv to call for increased security at all its diplomatic missions.

“Police were informed around 13:00 (14:00 local time Greece time) of an explosion inside the Ukrainian embassy in Madrid. It was noted while an employee of the embassy was handling a letter,” a police source pointed out.

“This worker was slightly injured and went to the hospital alone,” he added.

The employee, who was injured in the hand, has already been discharged from hospital and has returned to work, Serhiy Pokhoreltsev, Ukraine’s ambassador to Spain, said in an interview on state Spanish television later yesterday.

“The police have launched an investigation,” the police source noted, while Spanish justice is also conducting a preliminary investigation into the incident, which may be linked to “terrorism.”

When asked who he suspects of the action, Pokhoreltsev implicitly blamed Russia. “We are well aware of the terrorist methods of the aggressive country,” he pointed out, while adding that “Russia’s methods, attacks force us to be ready for any event, provocation or attack.”

Following the explosion of this hacked letter, Kyiv called for “enhanced security” at all its embassies.

Meanwhile also yesterday, before 19:00 (local time, 20:00 Greek time), “a suspicious package was detected at the headquarters of the Instalaza weapons factory in Zaragoza”.

“Investigators are examining the explosive device and examining whether there is a connection between this incident and the one that occurred this morning at the Ukrainian embassy in Madrid,” the same source added.

Facebook
Twitter
Pinterest
WhatsApp
Previous article
Supermarkets fined for circumventing profit margin laws
Next article
Opinion – It’s Right There: From ICU to Everest, a well-told story beyond the top of the world