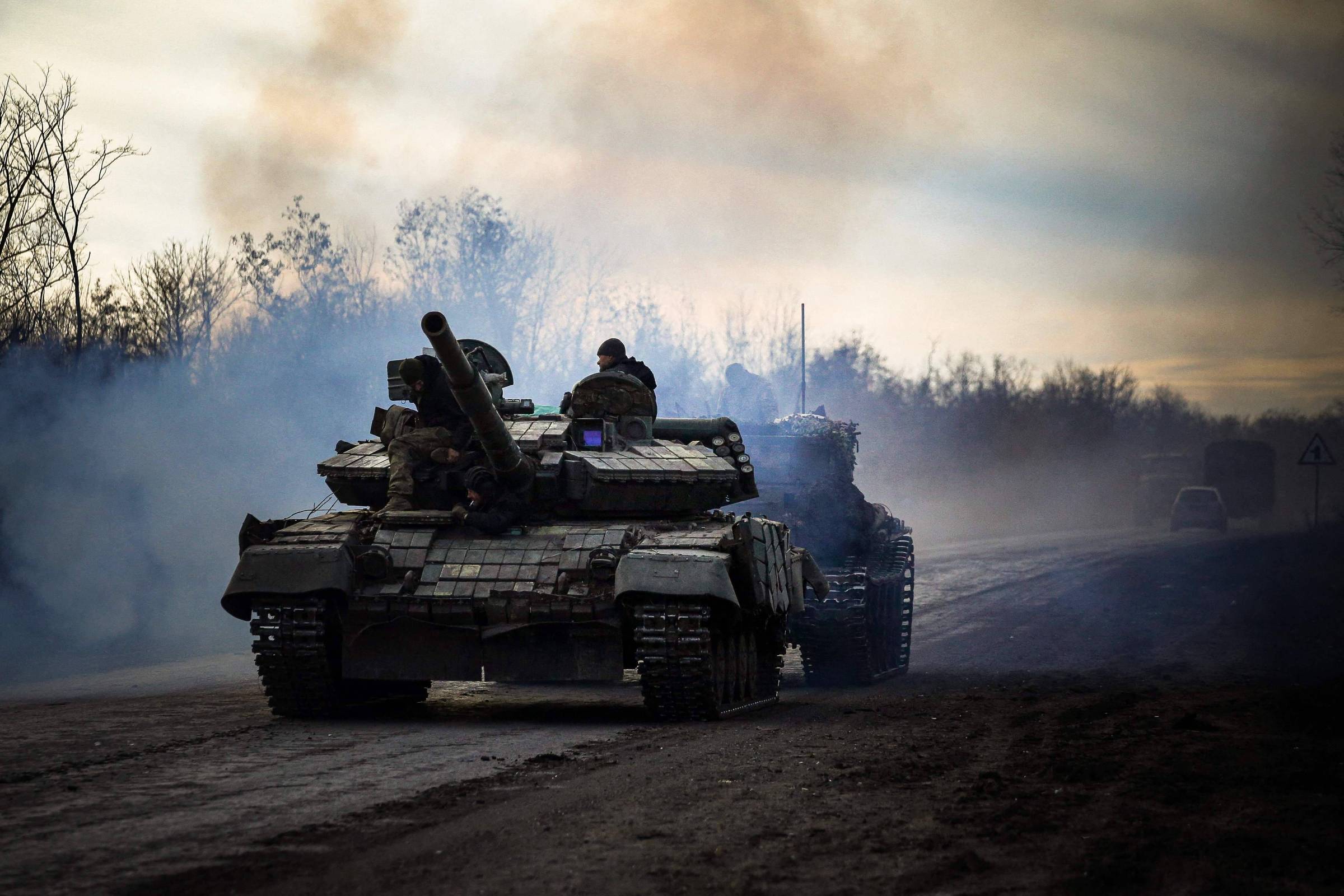 Putin responds to Biden who agrees to negotiate, but refuses to leave Ukraine

Russian President Vladimir Putin winked at the offer made on Thursday (1st) by his American counterpart, Joe Biden, who suggested negotiating an end to the Ukraine War.

As Kremlin spokesman Dmitry Peskov said on Friday, “the President of the Russian Federation has always been and remains open to negotiations to guarantee our interests.” Keeping the appeasing tone, he said that the refusal of the United States to recognize the Russian annexation of Ukrainian territories is a factor that should be discussed to unblock the talks.

The exchange of signals between the two main powers involved in the conflict started by Putin nine months ago comes in the wake of other movements in recent weeks, with Washington insisting more and more on a way out of the crisis.

At the same time, of course, Biden and other Western leaders are reaffirming their military support for Kiev, at the risk of alienating President Volodymyr Zelensky – whose government has said it fears “a stab in the back”. It’s a delicate equation, not least because the US is paying the bulk of the war bill, having committed US$ 20 billion so far in arms transfers to the Ukrainians.

Furthermore, it is increasingly clear that Russia has managed to circumvent the iceberg of economic catastrophe placed in its path by the harsh Western sanctions regime due to the war. The country suffers and will have a contraction of its GDP, but it has not gone into insolvency.

Also contributing to the idea of ​​accommodation is the growing perception in the West that the embargo on Russian oil in Europe, which takes effect on Monday (5) and also includes negotiations to release purchases below a price ceiling stipulated by the European Commission, is not expected to have much effect on Moscow’s profits in the area.

On Thursday, alongside Frenchman Emmanuel Macron, Biden had said that he “is open to talk” with Putin, as long as the Russian wants an end to the conflict. Peskov returned the condition, saying there would be no withdrawal of Kremlin forces from the four regions it declared its own on Sept. 30.

Added to Crimea, annexed in 2014, the areas are equivalent to 22% of the Ukrainian territory. But Moscow does not fully control them, having withdrawn its defensive line in Kherson (south) to the southeast of the Dnieper River, while still advancing slowly in Donetsk (east) and not occupying a swath north of Zaporizhia (south). Only Lugansk (east) is practically dominated.

Peskov was clear: “In essence, this is what Biden said. He said that negotiations are possible only after Putin leaves Ukraine,” he said, saying that would not happen. “But at the same time, and it is very important to say this, President Putin has always been, and remains, open for contacts, for negotiations,” he said.

Putin also spoke this Friday with German Prime Minister Olaf Scholz. The Kremlin quoted the Russian as saying the Western approach of supplying Kiev with weapons in large quantities was “destructive”. Urged to stop attacks on Ukraine’s civilian infrastructure, particularly its power grid, the president said they would continue because they were a response to actions by his neighbor such as blowing up part of the bridge linking mainland Russia to Crimea.

On another front that suggests a certain diplomatic relaxation, the Russian state-owned atomic energy company Rosatom stated that “the ball is not in Russia’s court” to establish a safety zone around the Zaporizhia nuclear power plant, the largest in Europe, which is under Putin’s troop control.

The frequent attacks in the region, which both sides say were carried out by the enemy, put the region at risk of a major nuclear disaster. Until now, Moscow has not accepted the idea of ​​a security zone because it thinks it would favor Kiev militarily. In turn, the director of the International Atomic Energy Agency, Argentine Rafael Grossi, said in an interview that he expects the zone to be established by the end of the year.

Facebook
Twitter
Pinterest
WhatsApp
Previous article
Thessaloniki: Feverish preparations for the lighting of the tree – The market, decorations and actions
Next article
Onana’s substitute, Cameroon’s goalkeeper against Brazil, experienced a turnaround and has also been removed