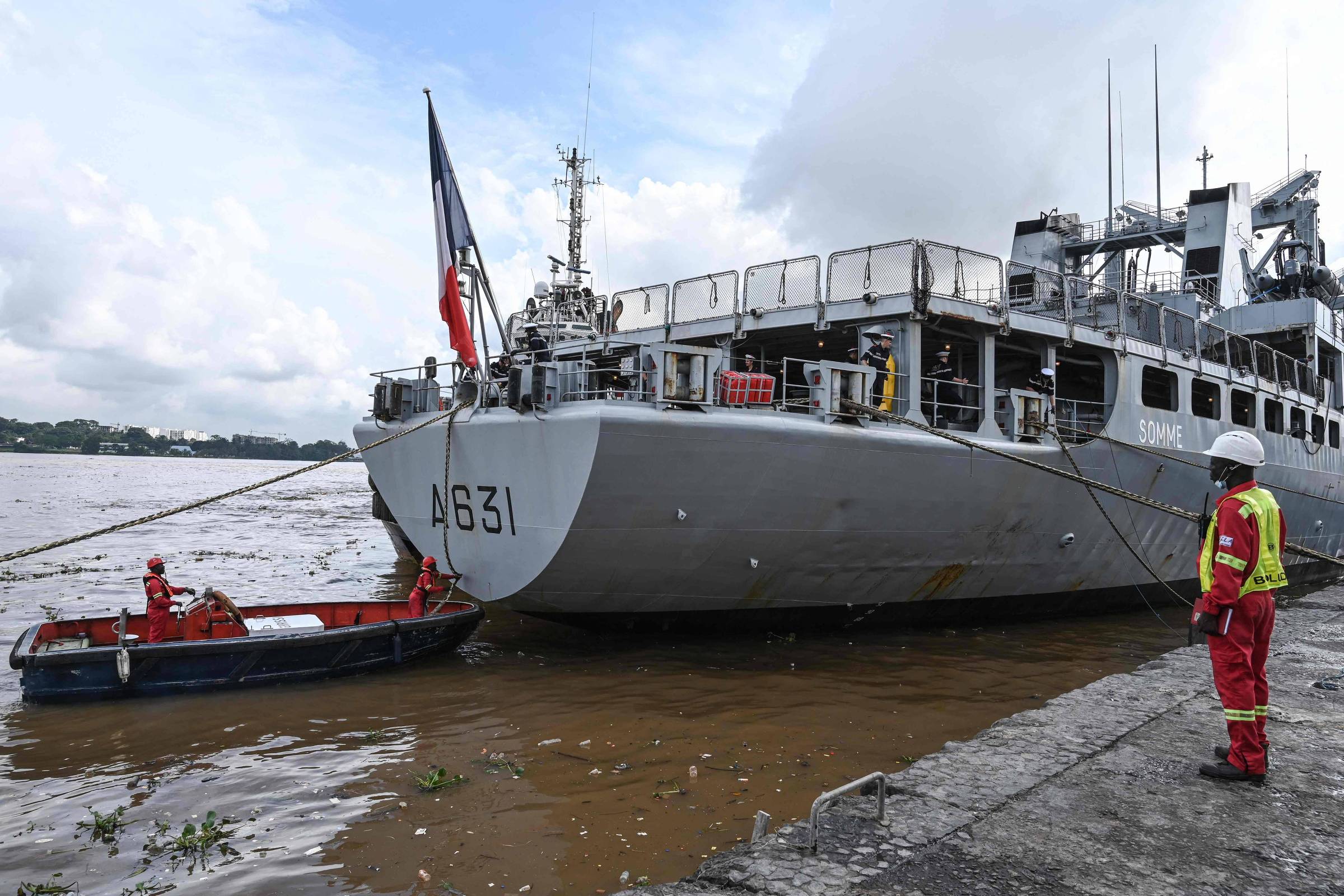 The French Navy has seized more than 4.6 tons of cocaine stored on a ship flying the Brazilian flag in the Gulf of Guinea, off the west coast of Africa. The seizure, announced this Friday (2), is valued at around 150 million euros (R$ 822 million) and had the collaboration of Brazilian and US authorities.

The operation took place on Wednesday (30), when French sailors from the amphibious helicopter carrier “Tonnerre” discovered bales of 4,607 kilos of cocaine on the ship. The operation had air support.

“The seized products were destroyed on board before the ship returned to its base in Toulon”, in southeastern France, added the French body’s statement, which praised international cooperation against drug trafficking.

The operation made it possible to collect samples and information, the prosecutor of the French city of Brest, Camille Miansoni, told AFP news agency, specifying that the crew was released when the ship was off the coast of Senegal.

The helicopter carrier Tonnerre” has a crew of 227 sailors, including a team specialized in inspecting ships at sea and an Army combat group. The vessel targeted for the operation is 21.5 meters long.

Operations like this are frequent in the region. At the end of March, French authorities seized more than six tons of cocaine aboard the ship Najlan, flying the flag of São Cristovão e Névis, which had left Rio de Janeiro days earlier.

Every day more than 4,000 ships pass through the Gulf of Guinea. The region is considered one of the most dangerous in the world due to piracy and banditry, and its crossing is seen as risky by sailors.

France has had ships in the region since 1990. At least officially, its presence is intended to contribute to the security of the gulf and, consequently, of the approximately 80,000 French people who live in West and Central African countries.

Facebook
Twitter
Pinterest
WhatsApp
Previous article
Skrekas: Fully aligned with Italy for a horizontal ceiling on natural gas
Next article
Arrascaeta scores twice, but the score is insufficient to take Uruguay to the round of 16