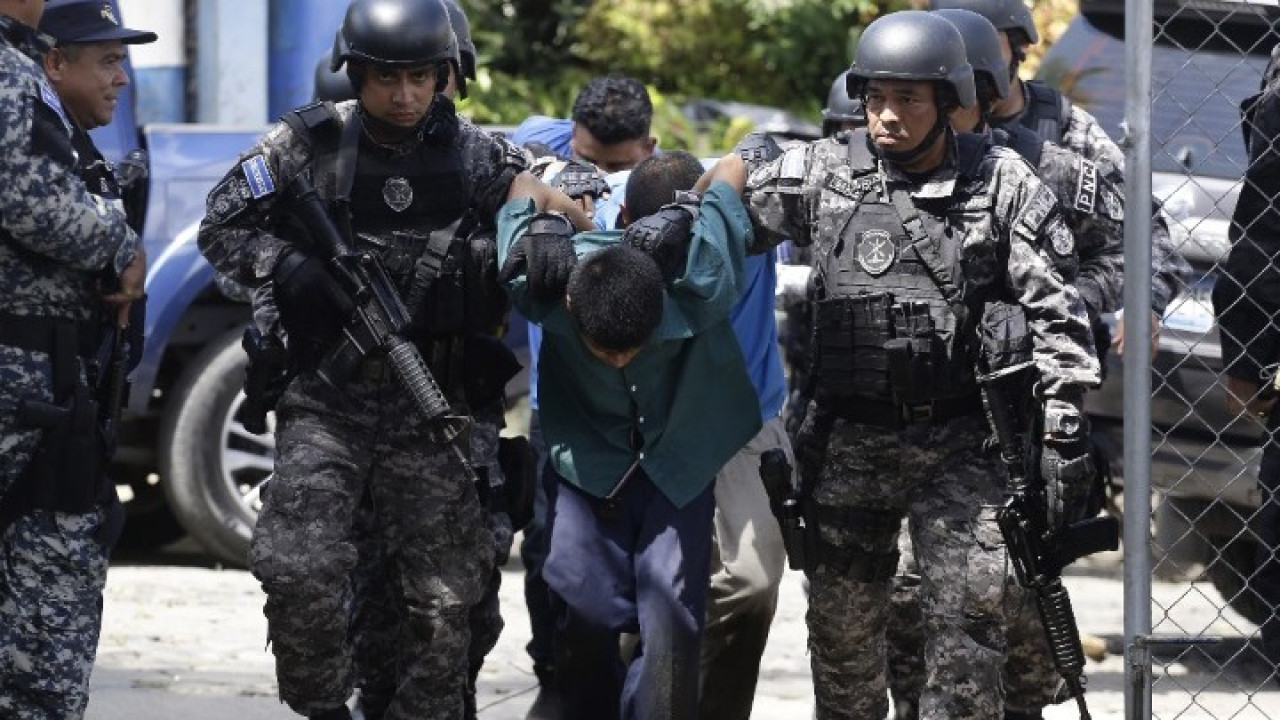 Soldiers and policemen have been stationed since dawn on all roads leading into or out of the city and prohibiting anyone from entering or leaving before being checked.

Around 10,000 military and police officers were deployed early Saturday around Soyapango, in the San Salvador region, as part of the “war on gangs” launched in March by the president of El Salvador, Naguib Buquele.

“As of now, the Soyapango community is completely surrounded. 8,500 soldiers and 1,500 police have swarmed the city of 242,000 east of the capital, President Bukele said on Twitter.

The 40-year-old head of state had announced on November 23 that from now on cities would be cordoned off so that the army and police would search houses one by one to track down and arrest gang members. Soyapango yesterday became the first city where the tactic is implemented.

Soldiers and policemen have been stationed since dawn on all roads leading into or out of the city and prohibiting anyone from entering or leaving before being checked. Security forces have been ordered to arrest, one by one, “all the gang members who are still there,” President Bukele clarified.

A few hours after the start of the operation, the Minister of Justice and Security, Gustavo Villatoro, announced that “ten members of gangs” had been arrested, “all with a criminal record”.

Army vehicles, including light armored vehicles with machine guns, and police patrol cars comb the streets, while UAVs survey the city from the air as part of searches for gang members, the dreaded maras. Forty “checkpoints” were set up in the Soyapango community, Defense Minister Rene Merino said.

“They asked us for identity documents to verify our place of residence” during the searches, which “surprised us” but “is for our safety,” one resident, Guadalupe Perez, 53, told AFP.

“Citizens have nothing to fear, they can continue all their activities with complete peace of mind,” reassured President Bukele. “This operation was launched against criminals, not against honest citizens.”

The cordoning off of cities to root out gang members is part of his government’s plan to restore security. “The world sees that the measures taken are bringing results”, judged the criminologist Ricardo Sosa, adding that he does not find it so “surprising” that the citizens “mostly support the businesses”, because “they have suffered from the gangs”.

According to a poll by the Central American University (UCA), 75.9% of Salvadorans favor the state of exception and 9 out of 10 believe that crime has decreased.

Some 58,000 people, alleged gang members, have been arrested in El Salvador since President Bukele declared this “war” in late March.

To cope with the huge increase in prisoners, the authorities are building a giant prison with a nominal capacity of 40,000 in Tekoluka, a rural area in the central part of the country.

Soyapango was considered a gang den for years. But the measures taken by the Bukele government have resulted in a “tremendous improvement in security,” mayor Nersi Montano said earlier this week.

The state of emergency, declared at the end of March after a wave of 87 killings attributed to the Maras, allows arrests without warrants; the way the government operates has drawn much criticism from human rights groups, especially for the mass arrests of innocents, some of whom lost their lives at the hands of the security forces.

It has been extended by Congress — which controls the president’s party, the New Ideas faction — repeatedly, most recently until at least mid-December.

Facebook
Twitter
Pinterest
WhatsApp
Previous article
US defeat in the World Cup earns R$ 34 million for the women’s team
Next article
CCXP: Fan of ‘Call of Duty’, Chloë Grace Moretz says she ended up with her brothers in the video game