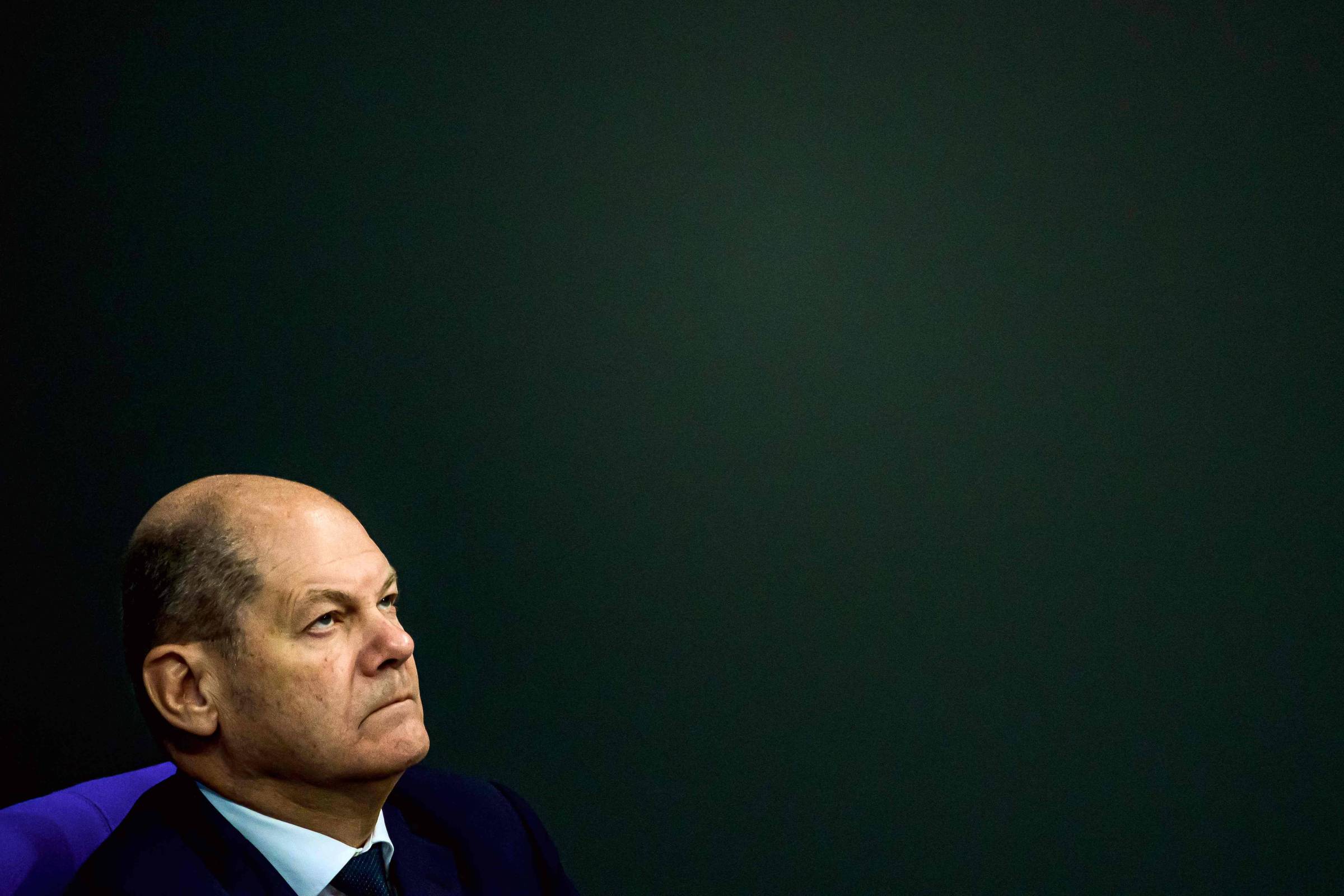 Nobody said it would be easy to take over Germany from the then highly regarded Angela Merkel supported by a three-party coalition with, literally, different colors. As if that were not enough, Prime Minister Olaf Scholz still had to change his plans less than three months after his inauguration.

But about to complete a year in office, on Thursday (8), Scholz can answer that, despite everything, he is delivering what was not even expected of him, even though he bet more on continuity than on rupture.

The Ukraine War, in February, overshadowed the emergencies of the time, such as the pandemic and the climate crisis, and took to the top of priorities the reversal of Germany’s energy dependence on Russia and the maintenance of unity in Europe. Internally, he forced the realignment of the positions of his party, the social-democratic SPD, and thwarted the intentions of the Greens, the second largest force in the government.

Scholz has some results to call his own. If in 2021 Germany imported more than half of all its gas from the Russians, that amount had already fallen to around 25% by June. In order to meet the goal of zeroing out all energy purchases by Russia by 2024 without compromising the progress of the fourth largest economy in the world –the first in Europe–, the government is rushing to reorganize its supply.

This week, a 15-year deal was signed with Qatar for the supply of liquefied natural gas (LNG). Shortly before, the construction of the first German LNG import terminal was completed in 200 days. In recent days, indices such as GDP for the third quarter (0.4%) and a possible stabilization of inflation (11.3%) have raised optimism that the impact of the war may be less dramatic.

In the political area, his semaphore coalition, in allusion to the colors of the government parties –the red SPD, the yellow FDP and the Greens–, is still alive, despite the bumps. By unhesitatingly taking part in the EU’s response against Russia, Scholz had to water down the pro-Moscow sentiments that have historically inhabited his party and make the pacifist Greens swallow the creation of a €100 billion fund for military spending.

One of the biggest snags was in relation to nuclear power plants. At the end of this year, the remaining three should be deactivated, following Merkel’s decision in 2011, but their operation was extended until April. To end weeks of debate, with the Greens opposed to the postponement and the FDP liberals in favor, Scholz imposed the decision, using a prerogative of power that had not been used since 1956.

“If we look at the past year, Scholz is doing well. One of the big challenges is managing the Greens and the FDP, which have drawn their boundaries and lost common ground. In terms of communication Scholz could do better, but in terms of results , he has been successful,” says Andrea Römmele, Professor of Communication in Politics and Civil Society at the Hertie School University in Berlin.

Communication problems were noted, from the beginning, as one of the premier’s weaknesses, seen as excessively discreet and hesitant. In contrast, its main ministers are usually in the spotlight and available to comment on decisions. The division of tasks is reflected in research.

According to a survey carried out between November 28 and 30 by Infratest Dimap, for broadcaster ARD, Scholz is approved by 36%, a figure that has fluctuated little since September, but which, right after the war, was 20 percentage points higher. Ahead of him are the two most popular faces of the Greens, Annalena Baerbock (Foreign Affairs), with 48%, and her colleague Robert Habeck (Economy and Climate), with 41%.

For Roderick Parkes, head of the Europe program at the German Council on Foreign Relations, Scholz’s achievements and leadership style so far represent more continuity than a break with Merkel of the CDU (Christian Democrat), who ended the government at 69 % approval.

“Someone asked me what the difference would be if Merkel was still in power. But she is still in power. Not just because Scholz was part of the previous government and the SPD ran foreign affairs. Nor because Merkel accepted SPD policies. But because he really models on her,” he told Sheet🇧🇷

As an example, he cites two major marks of Scholz – the €100 billion euros for rearmament and the €200 billion package to alleviate the effects of the energy crisis on homes and companies. After periods of hesitation, two resounding measures both inside and outside the country. “This is like Merkel: avoiding change until it becomes completely inevitable. And then taking a huge turn,” says Parkes.

There are also signs of continuity in the management of the coalition, which earned the prime minister the nickname “Olaf Merkel”. “Like her, Scholz lets everyone argue until there’s only one option left. Then he goes for it.”

Parkes points out a difference, however. While the former prime minister continues to defend her legacy, including in relation to Vladimir Putin and decisions in the energy area that have proven wrong in recent months, Scholz has a more realistic approach, resuming past statements, from the time when he was mayor of Hamburg (2011-2018), when it already advocated less dependence on Russian energy.

In recent weeks, Merkel’s silence has been interrupted by interviews in which, in addition to making no mea culpa, she claims that, as she was leaving office, she had lost “the power to persuade others because everyone knew that ‘she would away,'” about an attempted talks with Putin last year.

“If she defends her accomplishments, Scholz has been wise with the facts. But she keeps making the same mistakes she did,” says Parkes. In addition to the new agreement with Qatar, a country with a history of human rights violations, relations with China, Germany’s biggest trading partner, weigh against it. In November, the premier’s trip to Beijing was the target of internal criticism – part of Baerbock’s program is to carry out a feminist foreign policy, based on human rights – and generated discomfort in the European Union.

One of them was with Emmanuel Macron, leader of France, with whom Scholz still hasn’t managed to reach the harmony that the Frenchman cultivated with Merkel, something seen as vital for the smooth running of the bloc. Macron even proposed that they go to China together, but Scholz ended up going with businessmen.

The list of disagreements, which includes the billionaire package for the energy crisis, not combined with the other EU countries, and issues related to defense, led to the postponement of a meeting of the two leaders and their ministers from October to, perhaps, January. “For the EU to remain united, there needs to be a close relationship between Macron and Scholz. They know it is fundamental. There are difficulties, but Scholz has only been in government for a year. It is probably a matter of personal chemistry”, says the professor Römmele.

For Parkes, from the German Council on Foreign Relations, the search for thinning is a priority for next year, with an eye on events scheduled for 2024, such as the US presidential election and the European Parliament. “When France and Germany disagree, it poisons European relations, and states that fear being dominated by them, such as Britain, Italy and Spain, exploit the situation.”