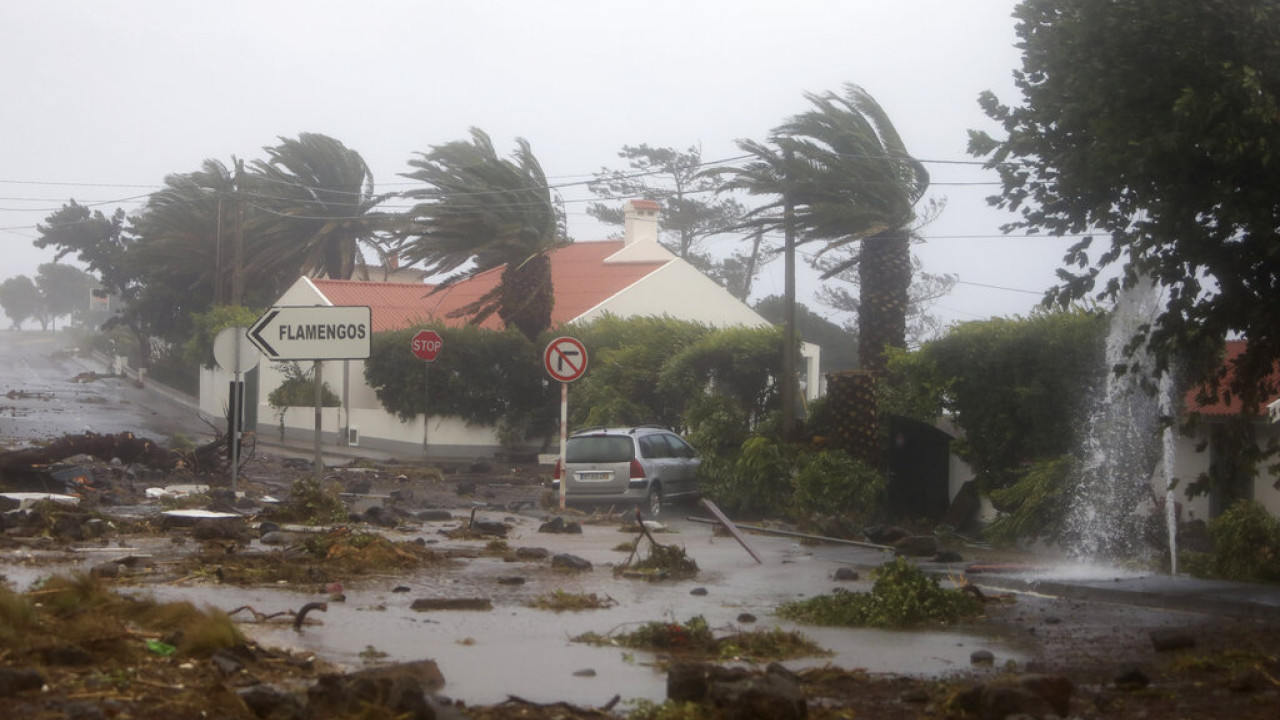 The Portuguese Meteorological Agency (IPMA) has declared Lisbon, its neighboring Santarem region, as well as the Algarve region, on a “red” alert as heavy rain and strong winds are expected to continue until Friday.

Authorities in Lisbon, the capital of Portugal, put the city on alert on Wednesday night and urged people to stay indoors as heavy rain caused flash floods that killed at least one person.

The Portuguese Meteorological Agency (IPMA) has declared Lisbon, its neighboring Santarem region, as well as the Algarve (southern) region, under a “red” severe weather alert, as heavy rain and strong winds are expected to continue until tomorrow friday

In the Portuguese capital, the Civil Protection spoke of hundreds of incidents: streets, train stations, a theater and even a hospital were flooded. Authorities were forced to close roads and tunnels.

Footage uploaded to social media shows part of Lisbon airport flooded; two flights diverted to other airports. However, a representative of the airport assured later that its operation was fully restored.

Civil Protection official Andre Fernandez said during a press conference that a 55-year-old woman died when a basement flooded in Alsace, near Lisbon. Her husband, who was also in the basement, was rescued.

“We appeal to citizens not to leave their homes during heavy rains,” Mr. Fernandes said, adding that those living in low-lying areas should find “shelter” in safer locations.

The municipality of Lisbon also urged its residents to stay in their homes. Mayor Carlos Moedas visited some of the flooded areas.

He pointed out that the planned project for the construction of a five-kilometer rainwater drainage tunnel is absolutely necessary and will begin as soon as possible.

The consequences of climate change “are horrible” and “we have to prepare”, explained Mr Moedas.

Facebook
Twitter
Pinterest
WhatsApp
Previous article
Top athlete of the Balkans, Tedoglou
Next article
A wall from Greece and the US to the threats of Turkey and Libya