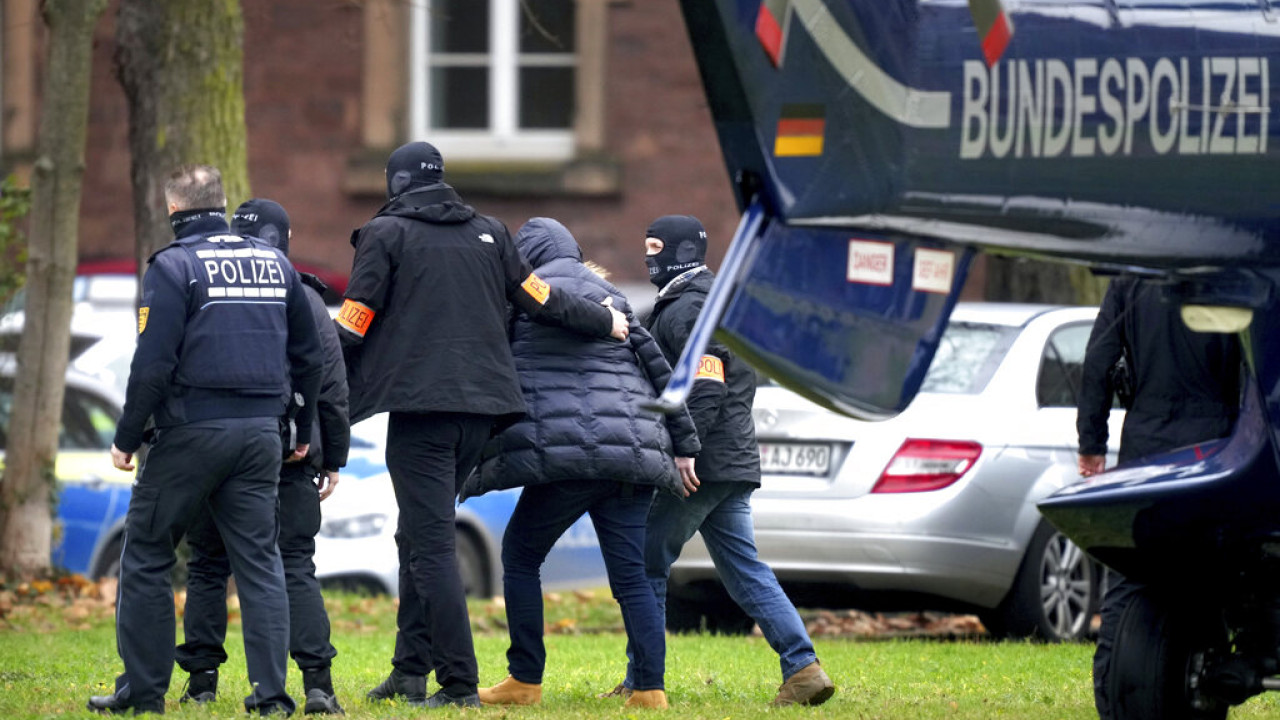 Twenty-five people have been arrested following dawn raids across Germany because they planned to overthrow the government. More specifically, they planned to invade the German federal parliament armed and take power into their own hands. Among them a 71-year-old prince, a retired military commander, a current judge and a former member of parliament from the far-right AfD party. Looks like a new series on Netflix. Is not…

This particular group seems to have been ideologically influenced by conspiracy theories, QAnon and the Reichsbürger (“citizens of the Reich” ie of the empire) movement, which denies the existence of the modern German state. In fact, their plans included the renegotiation of the unconditional surrender after the end of WWII and the defeat of Germany, arguing that the “German Reich” (1871-1918) still had legitimacy in 1945…

It is currently unknown whether the group’s plans have progressed or whether they are likely to succeed.

“The investigations provide a glimpse into the abyss of a terrorist threat from the Reichsbürger environment,” said the German Interior Minister, Nancy Feiser, describing the arrested as “enemies of democracy.”

The Federal Prosecutor, Petersen Frank, explained that this is a “terrorist organization which was formed around Prince Henry XIII.

Henry XIII is 71 years old from Thuringia and introduces himself as heir to the House of Royce still using his title. Meanwhile his family presents him as a “lost old man”. According to the prosecution, the self-proclaimed prince, whose group intended to install him as head of state, had contacted Russian officials with a view to imposing a new order in the country after the German government was toppled. On this there is no indication that the Russians responded positively.

The current judge and former member of parliament of the far-right Alternative for Germany (AfD) party, Birgit Malzak Vinkemann, is said to have played an important role. The leaders of the AfD denied any connection with the organization, stressing that they were informed by the media about its existence.

So far, 25 people have been arrested, eight of whom have already been remanded in custody, while the authorities are targeting at least 50. In particular, they began to be monitored last September after information shared with the authorities by someone unknown to us, in Berlin. So, phone calls, group chats on every platform and mobile phones as well as bank accounts were targeted. The operation – believed to be the largest ever mounted in Germany against extremists – has been dubbed ‘Shadows’. Yesterday’s raids alone involved around 3,000 police officers at 150 locations in 11 of Germany’s 16 states, Austria and Italy.

The Reichsbürger movement is estimated to have up to 21,000 members of which 5% are believed to belong to the far right. For the German authorities, far-right extremists are the biggest threat to internal security. This was seen in 2019 when there was a deadly attack on a synagogue in the German city of Halle as well as the country’s first far-right assassination of a politician since World War II in the western German suburb of Kassel.

The German authorities remain vigilant. The president of Germany, Frank-Walter Steinmeier, expressed his “deep concern” while the government spokesman, Steffen Hebstreit, described the plans of the organization in question as “extremely dangerous”.