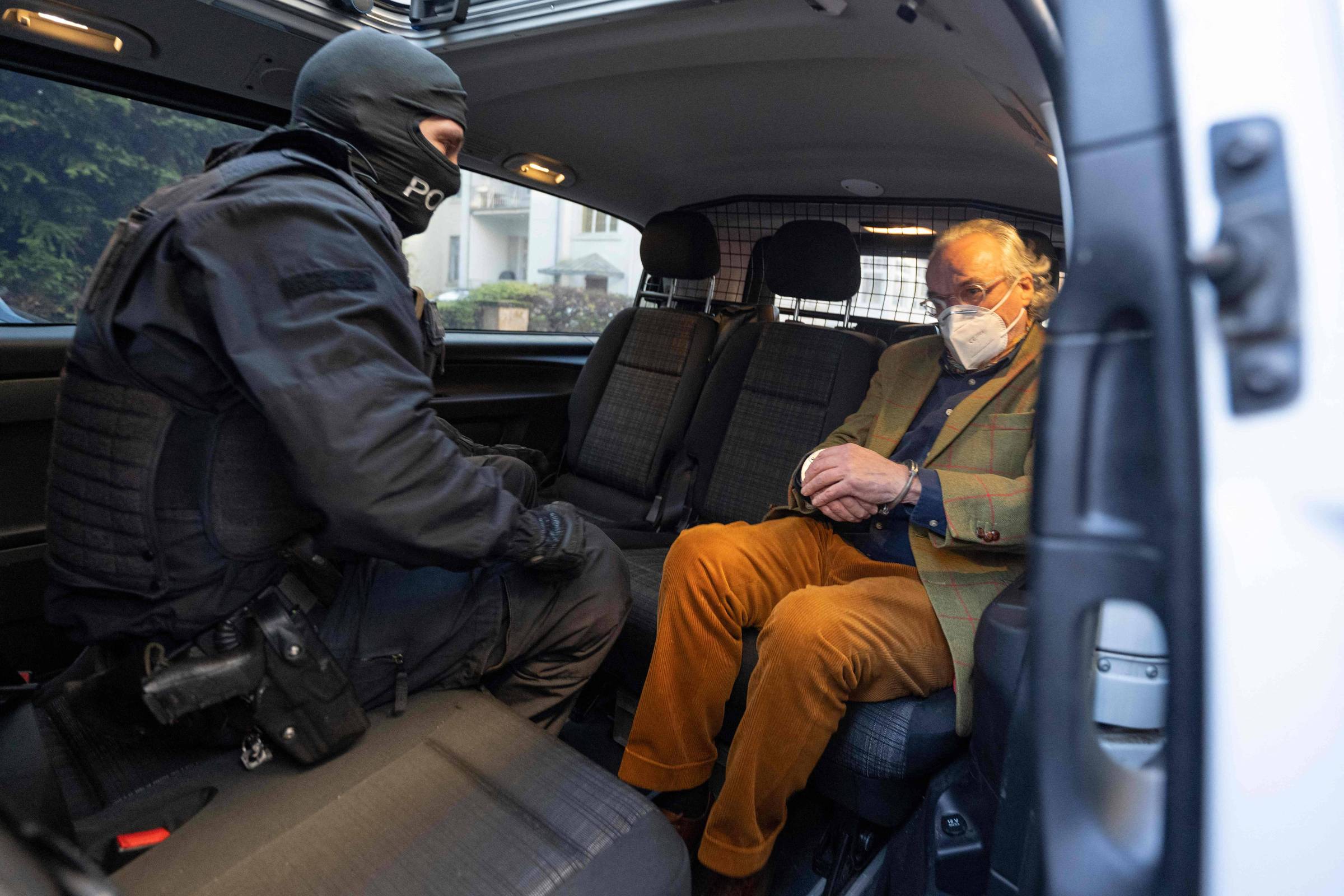 As investigators sift through evidence collected in police raids against suspects plotting a far-right coup to overthrow the German government, officials say the number of people involved is likely to grow.

The head of the Federal Bureau of Investigations (BKA, for its German acronym), Holger Münch, said on Thursday (8) that two more individuals linked to the conspiracy had been found, bringing the total number of suspects to 54. growing, he told German public broadcaster ARD.

Münch said that other people had been identified and that police were working to determine their connection to the network. At least 25 people were arrested on Wednesday in connection with the plot.

Most of the suspects were supporters of the far-right movement Reichsbürger (“Citizens of the German Empire”, in literal translation). Members of the group, which has no formal structures, reject Germany’s postwar constitution and call for the dissolution of the German state and government.

“You can’t assume that a group made up of a double or maybe three-digit number of people was in a position to really challenge the German state system or even shake it,” munched Münch. “But here we have a dangerous mix of people who follow irrational convictions, some with a lot of money and some with guns, and with a plan they want to carry out,” he added. “That makes it dangerous and that’s why we’ve now stepped in and put up a clear stop sign.”

Münch said this involves carrying out arrests, searches, further expanding the network of investigators and trying to get an even clearer picture of the group and the network’s capabilities.

Prosecutors said Wednesday that the plotters’ goal was to overthrow the government and that they were willing to use violence and even murder to achieve that; but they said little about how far the coup was feasible or how advanced the plan was.

The interior secretary of the German state of Thuringia, Georg Maier, told Deutschlandfunk radio on Thursday that more arrests were expected after police had time to process and analyze evidence seized during the raids, including mobile phones.

The eastern German state has a strong presence of far-right groups. It houses a hunting lodge owned by the alleged leader of the Reichsbürger, “Prince” Heinrich 13th Reuss, and which is now the scene of an investigation. Reuss, 71, who comes from an aristocratic family, was arrested at his home in Frankfurt on Wednesday.

Maier also reported that the far-right Alternative for Germany (AfD) party provided a forum for anti-government rhetoric in Thuringia and elsewhere. “The AfD has become more and more radical. The party spreads these conspiracy fantasies and fantasies of overthrowing [o governo]”, said Maier. The AfD is already being monitored by the authorities in Thuringia for suspected “unconstitutional” activities.

Another conspiracy leader has been identified as Rüdiger von P., a 69-year-old former paratrooper commander.

Between 1993 and 1996, Rüdiger von P., now 69, was commander of the 251st paratroop battalion, which later helped to form the KSK. He was allegedly expelled from the army due to the unauthorized sale of weapons from the former East German army’s stockpiles.

Rüdiger usually spends part of his time in Brazil, but he was in Freiburg, in southern Germany, where his daughter lives, when he was arrested. There are companies registered in his name in Santa Catarina and he acted as a commercial representative for energy companies in Brazil.

In 2019, on a page of a German ultra-right agitator, someone identifying himself as Rüdiger von P. left a message asking for the elimination of Freemasons and stating that “the truth will only be accessible to humanity after the change in the system”. He ended by stating “greetings from Brazil”.

Another suspect detained by police was identified by prosecutors as Birgit M.-W., a judge in Berlin and a former parliamentarian for the far-right Alternative for Germany (AfD) party. The party has come under increasing scrutiny from German security services over its ties to right-wing extremists.

Among the suspects in the Federal Public Ministry’s investigation are a soldier from the Special Forces Command (KSK) of the German Armed Forces, as well as several reservists.

North Rhine-Westphalia state governor Hendrik Wüst said in an interview with Deutschlandfunk radio that it was very worrying that people with military training or access to weapons were involved in the suspected terrorist network.

However, he added that the attacks were a sign that the German state is capable of defending itself and hopes that more action will be taken against the Reichsburger movement.

BKI chief Holger Münch added that more background checks should be carried out on members of the security forces. “In times like these, when the security forces are in high demand, we must rely on the fact that everyone is supporting the democratic order,” he told public broadcaster ARD.

The head of Germany’s domestic intelligence services, Thomas Haldenwang, also called for increased security checks on anyone working in state or federal security forces. He added, however, that the vast majority of police and security forces do not harbor anti-government sentiments.

In recent years, the growing number of Reichsburgers has alarmed German security authorities. In its June 2022 report, the domestic intelligence service estimated that around 21,000 people are linked to the movement.

Speaking to ARD on Thursday, Haldenwang said that of those 21,000, about 10% are assessed as being prone to violence. “Here, for the first time, you have the situation where there was a national network with very concrete plans. There were plans to actually implement a government overthrow,” he said.