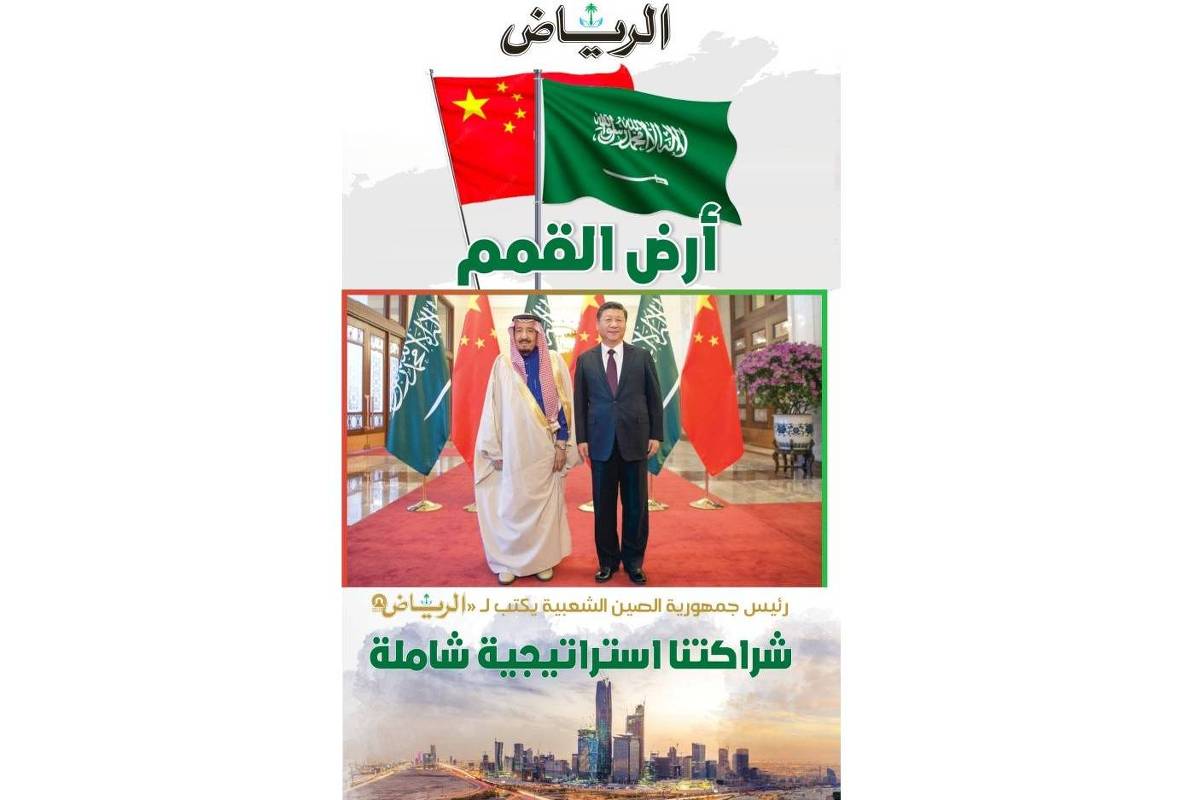 Nelson de Sá: Arabs turn to China for ‘a new and multipolar world’

In the Chinese and Saudi media, coverage of the summit between the two countries focused on an article signed by Xi Jinping in the capital’s main newspaper, Al Riyadh, in Arabic.

Xi set the tone for much of the news, writing that “the visit ushers in a new era in China’s relations with the Arab world, Gulf Arab countries and Saudi Arabia.”

The prince and now Prime Minister Mohammed bin Salman (MBS) called other leaders from across the region, including the Palestinian one, to meet Xi. Specifically on Sino-Saudi relations, Riyadh’s official agency, SPA, dispatched that they are now a “comprehensive strategic partnership”.

In the main Saudi newspaper in English, Arab News, the profile “How Xi Jinping came to embody a new and multipolar world” was highlighted. Another, along the same lines, was that the visit “will expand investment in the China-Pakistan corridor”.

The Pakistani Dawn had already published, weeks before, that the country had “secured US$ 13 billion in additional financial support from the two traditional friends, US$ 9 billion from China and US$ 4 billion from Saudi Arabia”, in addition to US$ 20 billion already settled.

And the South African Citizen, even earlier, had reported that Saudi Arabia expressed the “desire to join the Brics family”, at the time under the presidency of the South African Cyril Ramaphosa. The bloc’s members are going to discuss joining their next summit.

In the US media, attention has turned to the treatment given to Xi, in contrast to that of Joe Biden.

In Bloomberg, “Saudis roll out red carpet for Xi, and Gulf looks beyond the United States.” He notes that “it’s been a decade since the US ceased to be Riyadh’s biggest trading partner”, which now has China as its “main customer”.

He hears, from a British analyst, that “the countries of the Gulf see the US as an increasingly less reliable partner and want to take advantage of a new global multipolar scenario”.

The New York Times also covers the meeting pointing to “a growing perception among officials, academics and businessmen in Saudi Arabia and the Middle East that the US is a superpower in long-term decline”. Hence the pomp:

“Xi Jinping had a grander reception than Biden. Footage of Xi’s reception showed jets flying with trails of smoke in the red and yellow colors of the Chinese flag. He was taken to the royal court with his car, a Chinese luxury sedan, escorted by horsemen carrying Saudi and Chinese flags. The prince greeted him with a warm handshake, in contrast to Biden’s fist bump salute.”

Overall, says the NYT, “many Gulf officials are preparing for what they believe will be an emerging multipolar world, in which the US no longer plays a central role.”

Facebook
Twitter
Pinterest
WhatsApp
Previous article
The ambassador of Iran in Berlin was summoned to the Ministry of Foreign Affairs of Germany
Next article
How the lack of a diploma affects professionals who would have the capacity to hold positions, but end up barred