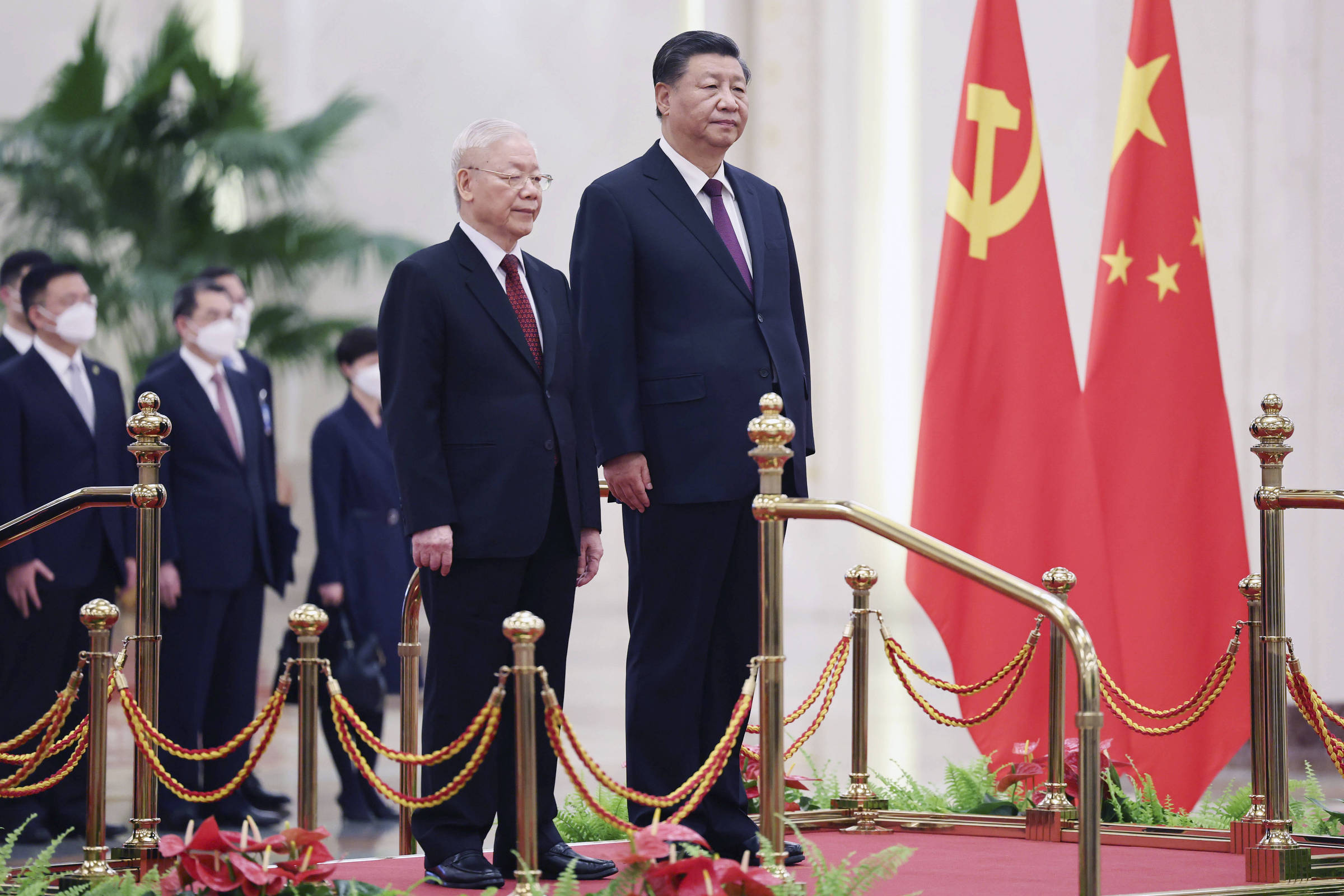 Opinion – Jaime Spitzcovsky: Vietnam maintains pragmatism with the US, but signals enchantment with China’s formula

Nguyen Phu Trong, the main Vietnamese leader, walked through the halls of the Great Palace of the People, in Beijing, on October 31, as the first foreign leader received by Xi Jinping after the closing of the 20th Congress of the Chinese Communist Party, concluded nine days earlier. The deference illuminated geopolitical priorities and movements on the global and Southeast Asian stages.

Contemporary Vietnam, still governed by the Communist Party founded by Ho Chi Minh (1890-1969) and with the deep scars of one of the most iconic war conflicts of the Cold War, followed China’s example and embarked on reforms responsible for engendering one of the most dynamics of the Asian scenario.

Initiated in 1986 under the name “doi moi” (renovation, in Vietnamese), the metamorphosis resulted in the creation of a “socialist market economy”, the official label of a system based on a bold economic opening accompanied by the maintenance of power in the hands of the broken. The Vietcong of the 21st century started to follow the path traced by Deng Xiaoping (1904-1997), mentor of Chinese changes.

In Bangkok, a few days after his fellow CP secretary general was welcomed by Xi, Vietnam’s president, Nguyen Phuc, met with Kamala Harris during a diplomatic forum. Hanoi thus signaled the continuation of the pendular policy between Beijing and Washington.

The current diplomatic flexibility contrasts with the rigidity of the Cold War, when Vietnam, after the communist triumph in 1975, definitely fit into the Soviet orbit and provided Moscow with a presence in strategic seas of Southeast Asia, connection between the Pacific and Indian oceans.

However, the Soviet debacle, with the disintegration of 1991, led the Vietnamese CP to review the primer. At the domestic level, the option to replicate Chinese alchemy prevailed, while in the geopolitical dimension there was a rapprochement with the USA.

With diplomatic relations recovered in 1995, under the Bill Clinton administration, Hanoi advanced in the strategy of engagement with the former enemy. It wanted investments to boost economic takeoff. And it sought an ally to help in the challenging task of containing the increasing political, economic and military weight of the gigantic northern neighbor called China.

Sino-Vietnamese rivalries culminated in battles, for example, as early as the 10th century. In the recent past, in 1979, an invasion ordered by Deng saw, at the end of the fighting, both sides claiming victory.

In the political sphere, the dialogue deepens driven by a common challenge: the maintenance of the monopoly of power in the hands of the Communist Party in societies such as China and Vietnam, increasingly shaped by the rise of the middle classes and urbanization.

And Xi certainly detailed the flight plan to the Vietnamese visitor: increase the doses of authoritarianism, to avoid losing control, despite sometimes inevitable concessions, such as Beijing’s changes in actions to face the pandemic.

In power since 2011, Nguyen signals to follow in Xi’s footsteps. The question is how long the political model of Hanoi and Beijing will resist the profound social transformations brought about by the rapid economic growth.

Facebook
Twitter
Pinterest
WhatsApp
Previous article
Brazil players leave stadium in tears and with speech of frustration
Next article
Argentina suffers, but saves from Dibu Martínez put them in the semifinals of the Cup