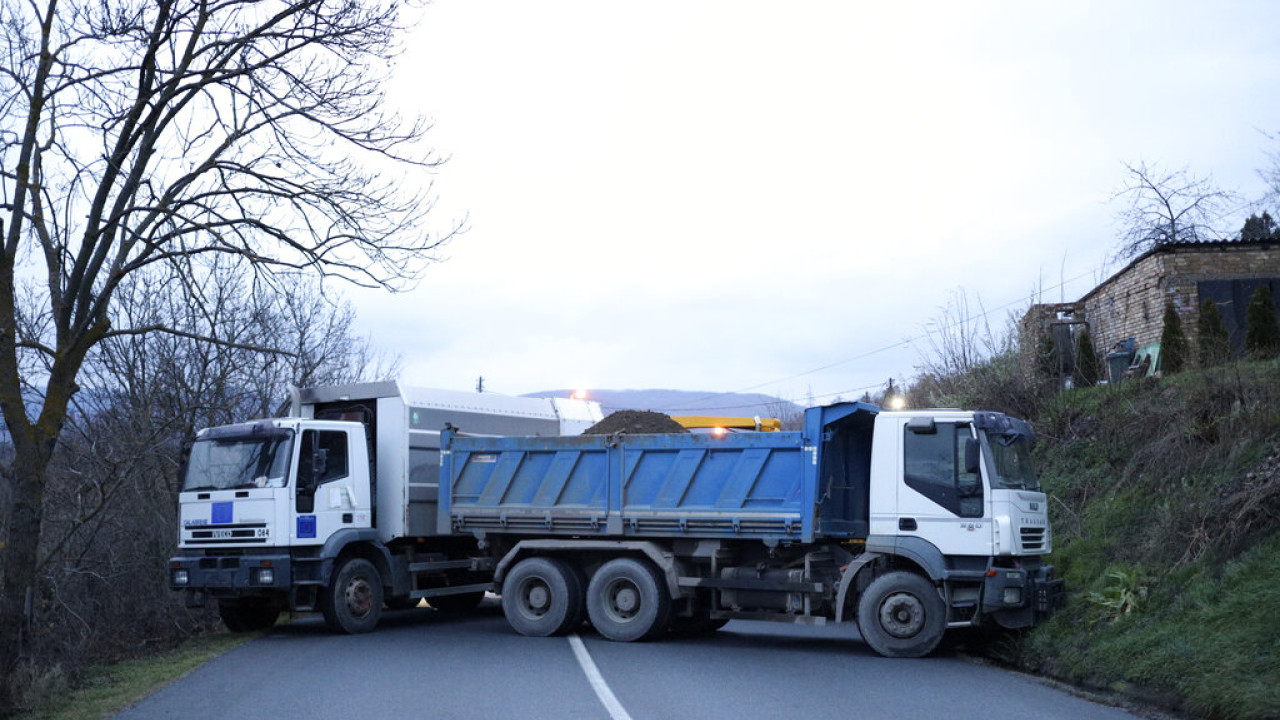 Trucks, ambulances and farm machinery were positioned to block traffic in a tense environment marked in recent days by explosions, shootings and an attack on a police patrol

Hundreds of Kosovo Serbs they set up barricades today on a road in its northern part, blocking traffic at two important crossing points on the border with Serbia, the police announced, as reported by Agence France-Presse.

Trucks, ambulances and agricultural machinery they were positioned to block traffic, in a tense environment marked in recent days by explosions, shootings and an attack targeting a police patrol. A Kosovo Albanian police officer was injured in this attack.

According to local media, the protesters from the Kosovo Serb minority are outraged by the arrest of an ex-cop of Serbian ethnicity suspected of involvement in attacks on Kosovar policemen.

Sirens sounded in several towns in northern Kosovo where the Serbian population is a majority to start the movement organized today, according to an AFP journalist.

Protesters explained to AFP that they wanted to prevent “the transfer to Pristina” of the arrested former police officer.

Kosovar Interior Minister Jelal Swetsia said the arrested ex-policeman was one of two suspects arrested following attacks on police patrols over the past two days.

The latest tensions erupted after Pristina’s decision to hold local elections in Serb-majority municipalities on December 18, which the main Serbian political parties have announced they want to boycott.

Explosions and gunfire were heard Thursday as election officials visited two municipalities in northern Kosovo to prepare for voting, but no injuries were reported.

Shortly after the barricades were erected, Kosovar President Viosa Osmani announced that she had decided to postpone local elections until April 23.

The attack that injured the police officer on Thursday followed the deployment of Kosovo Albanian police in northern Kosovo. According to the government, this deployment was decided after the collective resignation of Serbs working in the institutions, including the police.

Serb members of the order forces and civil servants resigned in protest at the decision of the Kosovo authorities to replace the number plates issued by Belgrade with those issued by Pristina.

In September, Serbian protesters blocked traffic at the two main border crossings between Kosovo and Serbia to express their anger at the license plates.