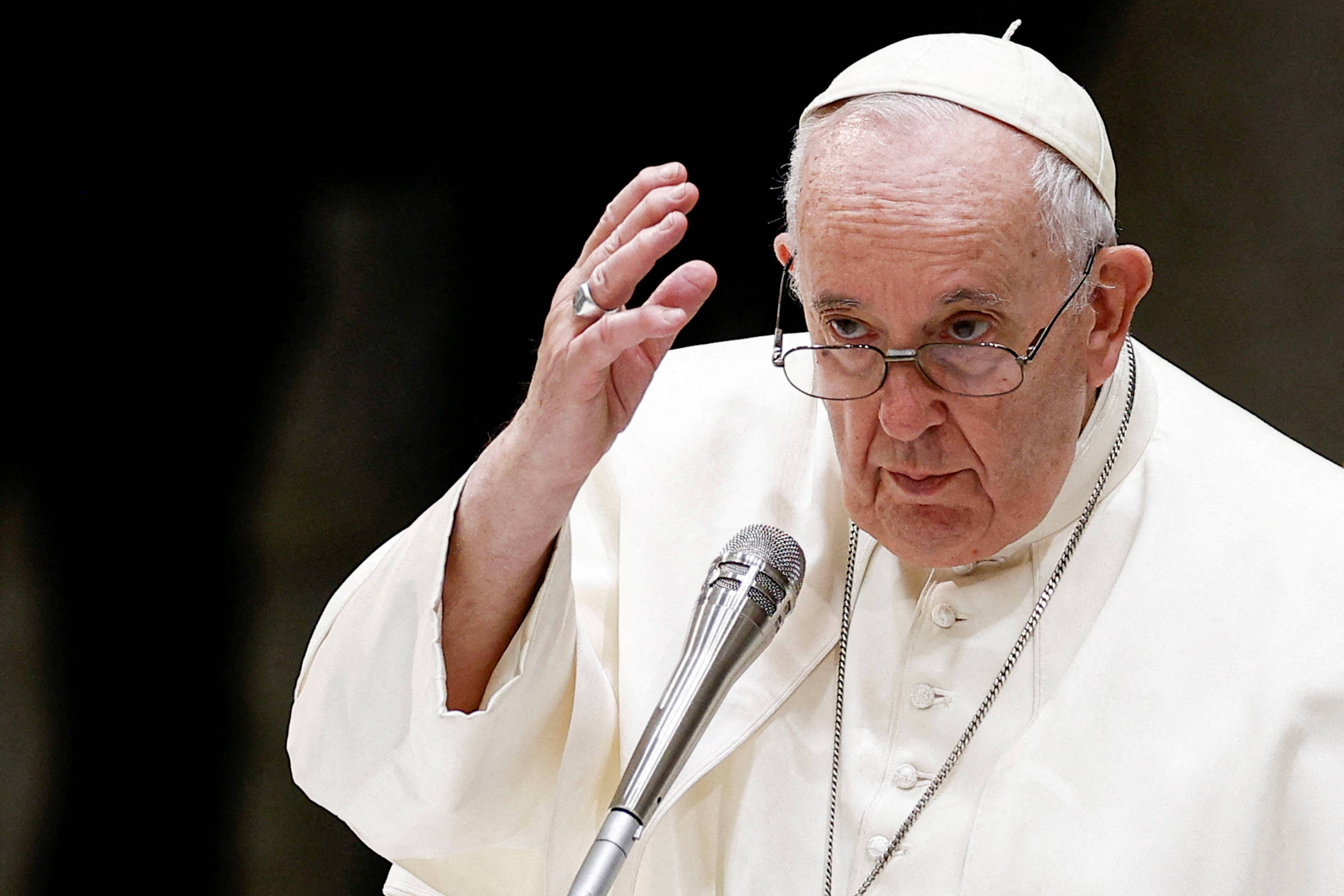 Pope Francis urged people on Wednesday to spend less on Christmas celebrations and gifts and to send more donations to the people of Ukraine to help cope with hunger and the cold of the approaching winter. at war with Russia.

“It’s beautiful to celebrate Christmas, but let’s lower the level of spending. Let’s have a humbler Christmas, with humbler gifts, and send what we save to the Ukrainian people,” said the pontiff, who has been making appeals for Kiev for nearly all public events since the beginning of the war in February.

“They are suffering a lot, they are starving, they are cold, and many are dying because there are not enough doctors and nurses available,” added the Catholic leader. “Let’s not forget. Christmas, yes. At peace with the Lord, yes. But with Ukrainians in our hearts. Let’s make this concrete gesture for them.”

Last week, Francis wept as he spoke of the war in Ukraine and referred to the country as a martyred nation. At the time, the pope’s voice began to shake when he mentioned the Ukrainian people. After a few seconds of silence, the pontiff resumed speaking in a choked voice and had to interrupt his reading.

The approach of winter in the Northern Hemisphere is of particular concern to Ukraine. In recent months, Russia has focused on the country’s civil infrastructure, which has seriously compromised the distribution of electricity and, as a consequence, the livelihood of the Ukrainian people.

Pope Francis has made both veiled and explicit criticisms of Russia. In September, he urged Ukraine to open up to dialogue in search of a peace deal, but said he found it “morally acceptable” for Western countries to donate arms to Kiev.

“Self-defense is not only licit, but also an expression of love for the homeland. Someone who doesn’t defend himself, who doesn’t defend something, doesn’t love that thing. Whoever defends it, loves it,” Francis said at the time.

More recently, the pope provoked an angry reaction from Russia by making a comment seen as racist against forces fighting on the Russian side of the conflict. In an interview with America’s leading Jesuit magazine, America, he said non-Christian soldiers in Moscow’s service are more ruthless in combat than adherents of the majority Orthodox faith in Vladimir Putin’s country.

Francis has also directly criticized the West by implying that the Ukraine War was somehow provoked. On the occasion, in June, he attributed to an unidentified head of state the information that NATO, the US-led military alliance, was “barking at Russia’s gates”.

Facebook
Twitter
Pinterest
WhatsApp
Previous article
Ukraine: Seven million children on the brink of energy and mental poverty
Next article
See Kyoto at night through the lens of Xavier Portela