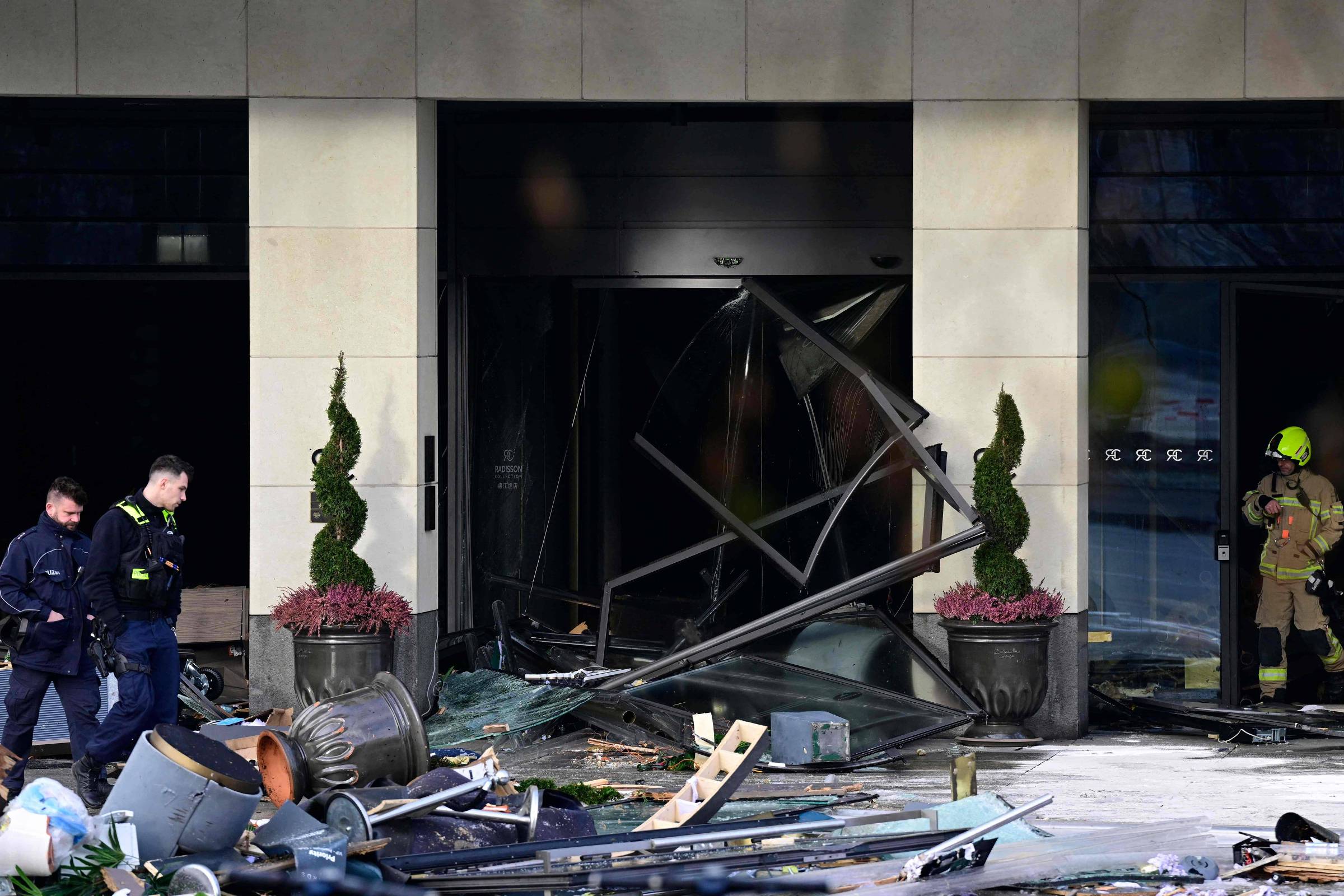 A Berlin aquarium that was home to around 1,500 exotic fish burst on Friday, spilling more than 1 million liters of water and debris onto a road in the busy Mitte district, according to Germany’s emergency services.

About 100 rescuers were called to go to the site, a leisure complex that houses a hotel, museum, shops, restaurants and the aquarium, which the administration calls the largest independent cylindrical aquarium in the world.

Berlin police said two people were injured by shrapnel after the explosion. Firefighters reported that they were unable to access the ground floor of the building where the aquarium was located due to the amount of debris.

The cause of the explosion is still unknown, and police and firefighters have not commented on the fate of the fish.

According to the German press, the incident occurred at 5:45 am local time (1:45 am in Brasilia). Around 400 people who were staying at the hotel were told to pack their bags and leave the building. Buses were sent to the complex to house them, as outside temperatures in Berlin were around -7°C.

The road near the complex that leads from Alexanderplatz square to the Brandenburg Gate – both tourist attractions in the German capital – had to be closed by the authorities due to the large volume of water that came out of the building.

Facebook
Twitter
Pinterest
WhatsApp
Previous article
Piraeus Bank: Announced an increase in interest rates on time deposits and a reduction in fees
Next article
Salma Hayek: She doesn’t spoil her kids for Christmas – We, again, give it to him and he understands…