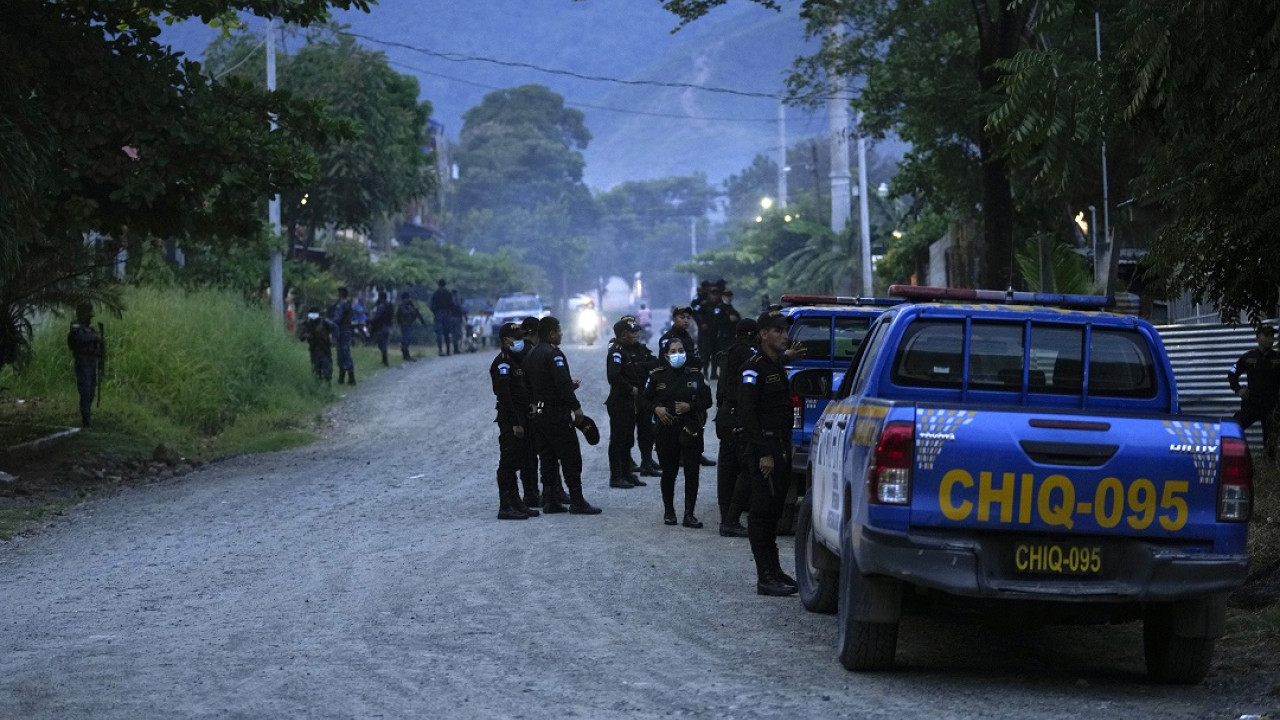 Guatemala: 4 years in prison for a former prosecutor in charge of corruption cases

“The accused Virginia Lapara is guilty of the crime of serial abuse of power against the public administration” and “sentenced to four years” in prison, said the president of the capital court where the trial was held, Oli Gonzalez.

Virginia Lapara, a former Guatemalan corruption prosecutor, was sentenced Friday to four years in prison for “abuse of power” in a trial denounced by human rights groups.

“The accused Virginia Lapara is guilty of the crime of serial abuse of power against the public administration” and “sentenced to four years” in prison, said the president of the capital court where the trial was held, Oli Gonzalez.

This is a “judicial absurdity”, protested Mrs. Lapara, who was remanded in custody for ten months, who is expected to be released early, after paying a fine.

Leaving the courthouse, handcuffed, while some fifty supporters chanted “Virginia is innocent” and “down with the corrupt,” Mrs. Lapara was able to speak to the press.

The verdict, he said, sets a “horrible precedent”: “never again will a prosecutor dare to prosecute” corruption cases.

“Virginia Lapara is a prisoner of conscience who is paying a heavy price for her work as an anti-corruption prosecutor,” said Erica Guevara Rosa, Amnesty International’s director for the Americas.

Ms. Lapara was arrested and relieved of her duties as part of what many described as an ongoing campaign to crack down on prosecutors who investigated corruption cases.

When she took the floor for the last time last Thursday in her trial, which began 18 days ago, the defendant declared, unable to hold back her tears, that she was a victim of persecution.

He added that the charges against her were “revenge” by the Anti-Terrorism Foundation, which is known in the Central American country for having defended Guatemalan politicians accused of corruption and army officers accused of crimes during the civil war. (1960-1996).

This institution “does not act against terror, it instills terror,” said the former head of Guatemala’s special prosecutor’s office against impunity (Fiscalía Especial contra la Impunidad, FECI) in Quetzaltenago, in the western part of the country.

Five judges from this unit, as well as a former member of the UN Commission against Impunity in Guatemala (CICIG), have been arrested and are facing trials for obstruction of justice or abuse of power.

The US has placed Guatemala’s attorney general, Consuelo Porras, on a list of “corrupt” actors because she “repeatedly obstructed and undermined anti-corruption investigations in Guatemala to protect her political allies and secure undeserved political favors,” according to with the State Department.

Ms Pora’s term was renewed for another four years by Guatemala’s conservative president, Alejandro Yamatey, in May.

CICIG, created in 2007, was instrumental in uncovering the customs fraud and corruption scandal that led to the resignation and imprisonment of former president Otto Pérez Molina (2012-2015) and his vice president Roxana Valdetti, who were convicted of embezzlement .

Realizing that the investigations would continue, the political elite and businessmen sprung into action. Former President Jimmy Morales (2016-2020), himself the target of an investigation into the abuse of funds for his election campaign, although he previously declared himself a supporter of CICIG, accused it of exceeding its jurisdiction and ending its mission.

Since then, a campaign of “revenge by the criminal alliance in Guatemala” has been launched against those who “exposed the mechanism of corruption,” former attorney general Thelma Aldana, who fled to the United States in 2019, told AFP.

Juan Francisco Santoval, the former head of FECI, who was fired in July 2021 by Consuelo Porras, insists that President Yamatei is personally involved in corruption cases.

“He does not want investigations to be carried out into the cases in which he may be involved,” Mr Sandoval, who had been described as a “champion of the fight against corruption” by Washington, told AFP.