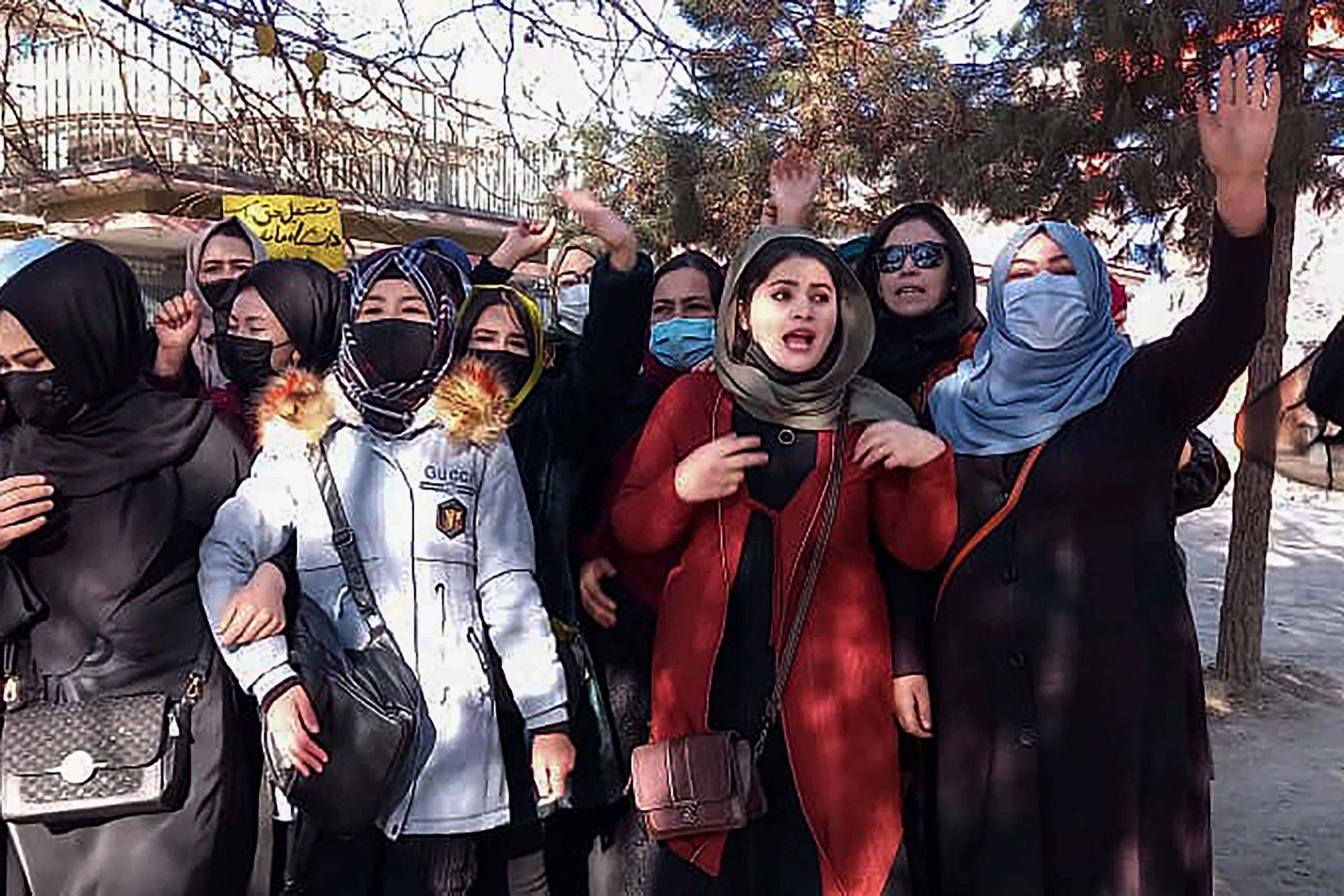 A small group of Afghan women staged a lightning protest in Kabul to defy the Taliban on Thursday after the regime banned women from studying at the country’s universities.

“Rights for everyone, or for no one,” protesters chanted with their fists raised, according to video footage obtained by the AFP news agency. The group consisted of about 20 students dressed in hijabs, the Islamic veil.

Initially planned to take place in front of the campus of the University of Kabul, the largest and most prestigious in the country, the demonstration was forced to move due to the presence of a large security force in the place.

According to an informant who prefers not to be identified, some women were arrested and taken away by police. Of these, two would have been released. Women’s protests have become less frequent in Afghanistan since the arrests of activists earlier this year. Participants are at risk of being arrested, subjected to violence and stigmatized.

“Afghan girls are a dead people. They cry blood,” said Wahida Wahid Durani, a journalism student at Herat University in the west of the country. “They are using all their strength against us. I’m afraid they will soon announce that women don’t even have the right to breathe.”

In a concise letter, the Minister of Higher Education, Neda Mohammad Nadeem, ordered on Tuesday (20) that all public and private universities in the country prohibit students from attending classes indefinitely.

A video circulating on social media — which could not be independently verified — shows students crying in their classrooms after being told they would have to leave the classroom and go home because of the ban, the latest by the Taliban. regarding the education of women in the country.

In another video, a group of male college students walk out of a test in protest against the measure.

In recent months, schools have been closed and girls banned from formal education beyond the sixth grade. In May, a decree established the mandatory use of veils covering the face for women, with three scales of warnings for the “male guardian”, the last one being three days in prison.

The extremist group regained power in Afghanistan on August 15 last year, promising moderation and broad rights for women. However, the promised moderation was short-lived. Capital punishment, stoning and amputation of hands for crimes such as theft and adultery were reintroduced by the Taliban in September 2021.

Foreign governments have said it is necessary for the Taliban to change policies on women before other nations formally recognize the regime, which is under sanctions. Confirmation of the university ban came to light on the same day that the UN Security Council held a session on Afghanistan.

At the session just before the announcement on the universities, the Secretary-General’s Special Representative for Afghanistan, Roza Otunbayeva, said the closure of girls’ schools had “undermined” the Taliban’s relationship with the international community.

“As long as girls remain excluded from schools and authorities ignore the international community’s concerns, we will be at an impasse,” she said.