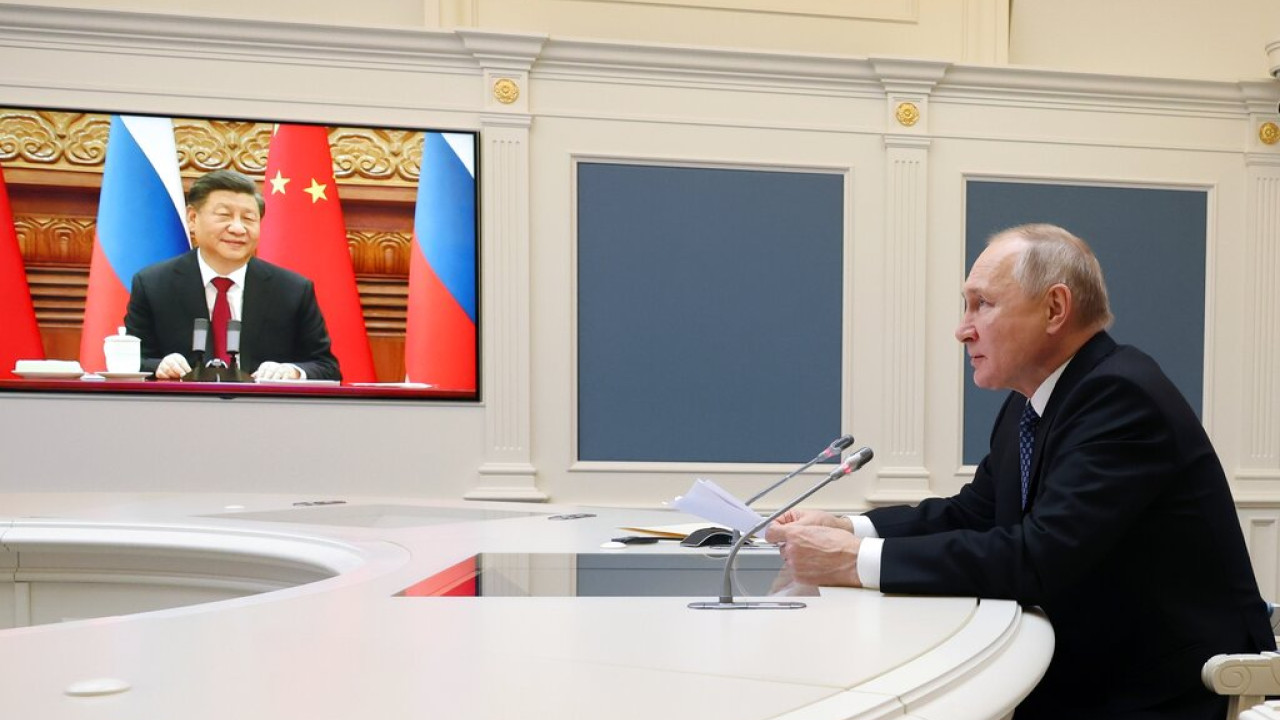 Russia’s ties with China are the “best in history”, Russian President Vladimir Putin said during a teleconference with his Chinese counterpart Xi Jinping, adding that Moscow would seek to boost military cooperation with Beijing. .

At the same time, the Russian president said he expects Chinese President Xi Jinping to pay an official visit early next year.

“We are waiting for you, dear Mr. President, dear friend, we are waiting for you next spring on a state visit to Moscow. This will show the whole world the strength of Russian-Chinese ties on key issues,” Putin told Xi at the start of the teleconference.

Speaking about eight, Putin stressed that Russia-China relations are becoming more important as a stabilizing factor and that his goal is to deepen military cooperation between the two countries. Xia, for his part, said that China is ready to increase its strategic cooperation with Russia in the context of a “difficult” situation in the world in general.

Putin also said that Russia has become one of China’s leading oil and gas suppliers.

“Russia has become one of the leaders in oil exports to China,” with 13.8 billion cubic meters of natural gas sent through the Power of Siberia pipeline in the first 11 months of 2022. It added that Russia is the second largest supplier of China’s natural gas and the fourth largest liquefied natural gas (LNG). It said that in December, shipments were 18% above daily contractual obligations.

It is recalled that Putin and Xi had declared a “borderless” cooperation between the two countries when the Russian leader visited Beijing in February, three weeks before the invasion of Ukraine.

“You and I share the same views on the causes, course and logic of the ongoing transformation of the global geopolitical landscape, in the face of unprecedented pressure and challenges from the West,” Putin underlined today.