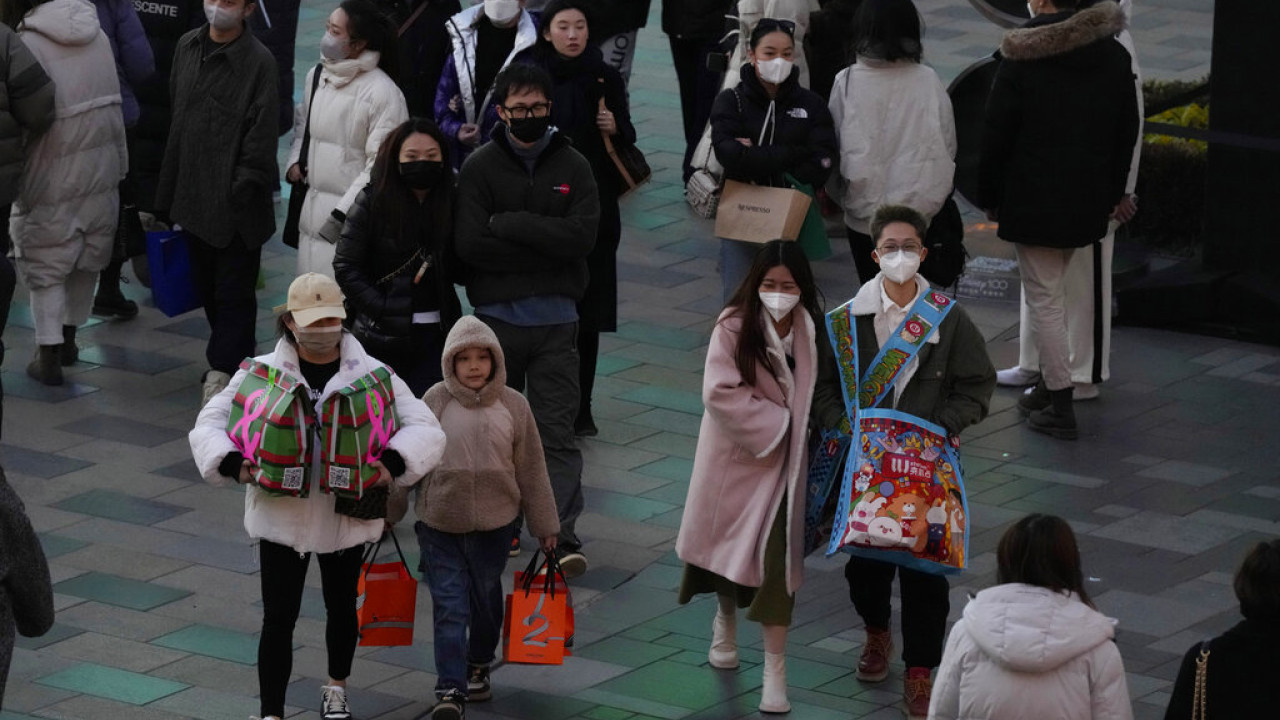 The need “for a joint EU approach” and “joint European action” in the situation that has been created after China’s decision to lift restrictions related to the coronavirus, but also the increase in cases, is noted by the Swedish EU presidency.

In particular, the Swedish presidency is convening a meeting of the Council’s crisis response mechanism (IPCR) on Wednesday 4 January to discuss the coordination of possible EU entry requirements.

The lifting of exit restrictions from China, combined with the increasing spread of COVID-19 in the country, has created the need for joint European action, the announcement points out.

According to a Financial Times report, the European Union has offered China free vaccines against COVID-19 to help it bring the current outbreak of the novel coronavirus pandemic under control.

The initiative is part of the efforts of the Health Commissioner, Stella Kyriakidou to have a unified European response to the massive wave of infections from SARS-CoV-2 after the decision taken by the Chinese authorities to abruptly end the “zero COVID” policy, according to the newspaper’s information, which cites Commission officials who spoke on condition of anonymity.

“Commissioner Kyriakidou has been in contact with Chinese officials to offer solidarity, support, expertise and donations of vaccines specifically tailored to deal with variants” of the virus, a European official explained to the newspaper.

Detailed data is requested by the WHO

On his part, Mr World Health Organisation (WHO) called on China to step up efforts in areas such as clinical management and impact assessment of the situation and expressed willingness to provide support, including in the field of vaccination, to address public hesitancy.

It is noted that many countries have already imposed or are about to impose some kind of restriction on travelers from China, such as the US, France, Italy, Spain, Australia, Canada, the UK, Israel, Japan, South Korea, India and Morocco, while Belgium announced that it will analyze the sewage from planes arriving from China to detect any new variants of the virus that could “migrate” from Belgian soil.

Belgium is also asking travelers from China to be tested for Covid-19 if they develop symptoms within seven days of their arrival. However, this measure is not mandatory.

Indicative of the prevailing concern about the new wave of coronavirus sweeping China is Belgium’s decision to analyzes sewage from planes arriving from China to detect any new variants of the virus that causes Covid-19, as part of new measures being taken to tackle the spread of the disease as infections rise in China.

“It will be another means of monitoring to verify that the data we get from China is accurate,” Stephen Van Gucht, of the national public health institute Sciensano, told Reuters.

As he said, the authorities realize that some passengers suffering from Covid-19 may not use the toilets during the flight. Therefore, the new measure is not aimed at identifying patients but at monitoring what is happening in China.

Belgium is also asking travelers from China to be tested for Covid-19 if they develop symptoms within seven days of their arrival. However, this measure is not mandatory.

At the press conference announcing the new measures, Belgian Health Minister Frank Vanderbrucke said a pan-European policy was needed to deal with the outbreak in China. European health officials will meet on Wednesday to discuss what measures the countries’ common policy could include.

Governments around the world are imposing restrictions on travelers from China, such as mandatory tests for Covid-19 before departure.