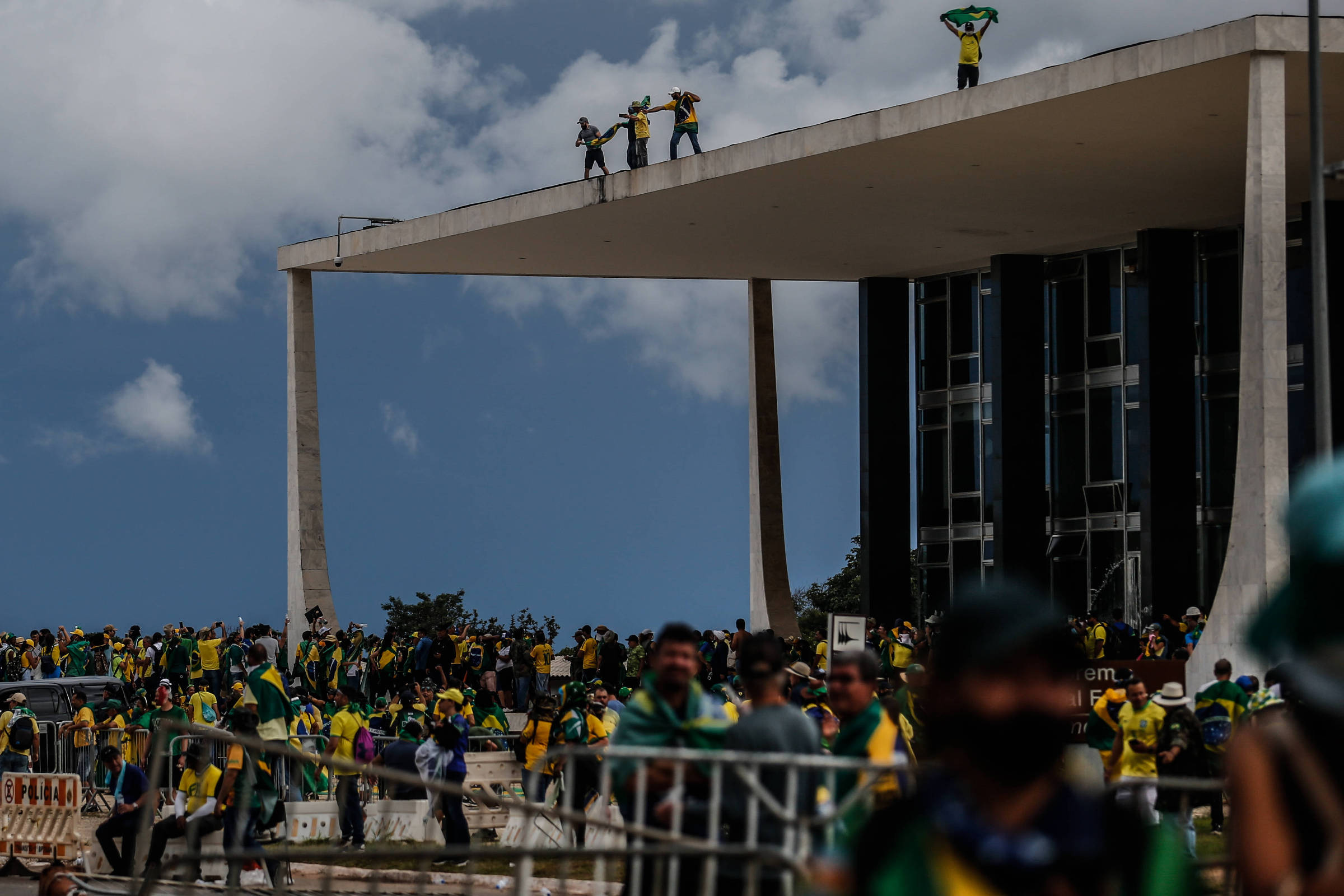 Brazil is laboratory of the global extreme right, says historian

Bolsonarism is a phenomenon that is part of a worldwide wave of the extreme right, but not only: it is the product of a republican national history that has always flirted with extremism. The combination of the present with the past and the local with the global makes Brazil “a laboratory of the global extreme right”. This is what Odilon Caldeira Neto, professor of contemporary history at UFJF (Federal University of Juiz de Fora) and coordinator of the Extreme Right Observatory (OED) says.

Author of the book “O Fascismo em Camisas Verdes: do Integralismo ao Neo-Integralismo”, Caldeira Neto is a reference in studies on Brazilian integralism, the largest extreme right movement outside Europe in the 1930s and 1940s. Founded by Plínio Salgado in 1932 , integralism was inspired by Italian fascism and had as its motto the same phrase used by Jair Bolsonaro: “God, Fatherland and Family”.

In an interview with DW, Caldeira Neto comments on the extremist acts of January 8 in Brasília, when thousands of Bolsonaristas invaded and destroyed the palaces of the Three Powers.

The researcher considers the use of the term “terrorism” to refer to coup acts and also highlights the “rage” of these extremists in destroying what they consider to be elements of a “decaying society”, such as the works of art attacked during the invasion . Thus, more than a political project, Bolsonarism would be a project of destruction.

“Bolsonarism can be understood as a form of absolute transformation of society through a process of persecution of enemies and those considered different, and the destruction of an idea of ​​nationality”, he warns.

Is it possible to support Bolsonarism without supporting the extreme right agenda? There are militants and leaders within Bolsonarism who prefer other forms of self-reference, such as patriot or nationalist. Beyond the denomination, Bolsonarism is indeed a phenomenon of the extreme right, because it uses violence and is based on a perspective of militarization of society within an anti-democratic bias, in addition to, for the most part, being based on the denial of the human rights and the persecution of minorities.

Now, there are leaders who either approach the main discourses and claims or even effectively participate in the movement, but use strategies to fit within institutional limits. However, this does not mean that they do not have a political nature linked to the Brazilian extreme right.

Can Bolsonarism be compared to fascism? In my reading, Bolsonarism has a multifaceted dimension. He has several leanings towards right-wing extremism, but I would be wary of framing him exclusively as fascism or neo-fascism. On the one hand, Bolsonarism makes use of classic fascism in slogans and symbologies – for example, the motto “Deus, Pátria, Família”, which comes from integralism and to which Bolsonaro recently added the term “Liberdade”; in political speeches, like that case in which Ricardo Alvim quoted Goebbels; and what is meant by doing politics, understood as the same as neutralizing political enemies. In another perspective, Bolsonarism sees politics as a field of purification and regeneration of a society that they consider to be in decay. Bolsonarism can be understood as a form of absolute transformation of society through a process of persecution of enemies and those considered different, and the destruction of an idea of ​​nationality.

Is the destruction of the works of art at the Planalto Palace by Bolsonarists related to this project of absolute transformation of Brazilian society? The rage for the destruction we saw on Sunday is not only for destroying the democratic institutional dimension, it is a rage for the destruction of everything that might represent a decadent, degenerated world for Bolsonaristas. The individuals who destroyed these pieces see the cultural products as a symbol of a distorted idea of ​​the nation. The destruction of the artworks was not a mere coincidence, it must be seen as an attempt to destroy an idea of ​​artistic elite and intellectuality belonging to a type of Brazilian nationality that these individuals reject.

Do you agree with the name “terrorists” attributed to Bolsonarists who attacked the buildings in Praça dos Três Poderes? I believe it is a debate that needs to be better paved, because it involves both the conceptual and legal fields. It is a much more legal issue that I believe will be better developed in the coming weeks. In the conceptual field, the use of terror as a way of thinking about politics and as a way of achieving goals is an instrument anchored within right-wing extremism globally. In this sense, domestic terrorism is a global problem that Brazil has reproduced on a large scale, whether from the point of view of individual action, such as the invasion of schools by armed students, a type of terrorism that we have seen happen here in recent years. , or in a more organized way, in which groups use terror as a political attribution mechanism.

Has Brazil become breeding ground for the global far right? Brazil is a laboratory of the global extreme right in the sense that there is a local production of references to international right-wing extremism. This means that the country is part of a new global wave of extremism, but it would be wrong to think that the country is a mere importer and reproducer of this international agenda.

The history of Brazilian republican politics is related to right-wing extremism when we think of integralism. The country has a long history with this agenda. This historical particularity has served as fuel for thinking about national politics over generations. For example, in the assault on institutional buildings that took place on Sunday, the military issue is not just an appeal by these extremist groups to military forces, it is also an old idea of ​​national right-wing extremism to claim the militarization of politics and society and the politicization of Brazilian military classes. This interaction between the historical factor and the current factor of the problem –the crisis of democracies is a global element in current right-wing extremism– makes Brazil an industry for the local production of extremism.

Despite being active on social networks, Jair Bolsonaro has not yet changed the description of his Twitter profile from “President of the Federative Republic of Brazil. Candidate for re-election”. Is it a mere oversight or a message? It’s a Bolsonaro tactic. Keeping this profile, he makes a nod to the claims of extremist groups that there was a fraudulent process of the elections and that the real winner was Jair Bolsonaro. Sustaining these coup claims not only justifies the articulation and radicalization of these groups, it also projects conspiracy theories around an idea of ​​the possibility of Bolsonaro returning.

Facebook
Twitter
Pinterest
WhatsApp
Previous article
Libyan oil minister: Open invitation to Greece, Cyprus and Egypt for EEZ
Next article
The program of AEK in the “16” of the BCL