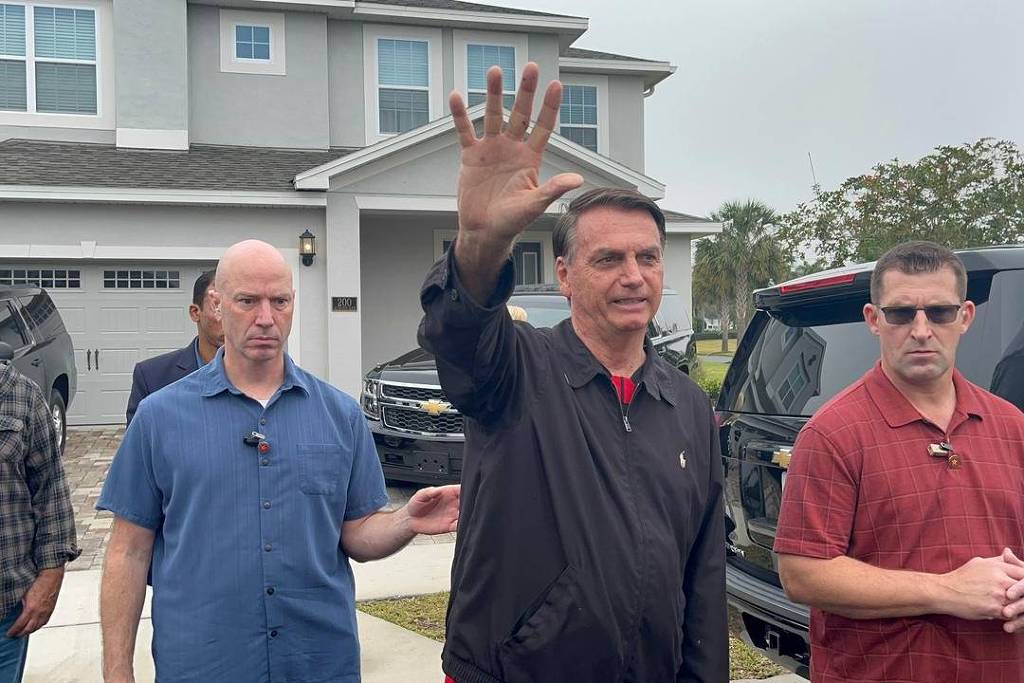 US congressmen called on the White House to revoke the diplomatic visa of former Brazilian president Jair Bolsonaro (PL), who has been in the US since the end of last year, and asked the Justice Department to hold accountable “any actors based in Florida who may having financed or supported the violent crimes of January 8”, when coup leaders invaded the headquarters of the Three Powers in Brasília.

The deputies also ask that the FBI, the US Federal Police, “investigate any actions that have been taken on US soil to organize this attack on the Brazilian government.”

The letter from US congressmen was sent on Wednesday (11) to President Joe Biden.

“We must not allow Mr. Bolsonaro or any other former Brazilian officials to take refuge in the United States to escape justice for any crimes they may have committed while in office, and we must fully cooperate with any investigation by the Brazilian government into their actions. , if requested,” says the letter, which also lists attacks on institutions and the electoral system made by Bolsonaro throughout his term.

Bolsonaro has been in Florida since December 30, and announced this week that he will anticipate his return to Brazil. In the same state is the former Minister of Justice and former Secretary of Public Security of the DF Anderson Torres, who had his arrest decreed after the attacks – he also said that he will return to Brazil to respond to Justice. Other notorious Bolsonaro supporters also live in Florida, such as blogger Allan dos Santos, a fugitive from Brazilian justice.

The attack in Brasilia was automatically and widely rejected by US officials, including President Joe Biden, who on Sunday called the insurrection “outrageous” and on Monday called President Luiz Inacio Lula da Silva to express solidarity.

“Two years ago, the United States faced a similar attack on our democracy. We know firsthand the impact – both immediate and long term – when government officials subvert democratic norms, spread misinformation and foment violent extremism,” the lawmakers wrote. in the letter.

On Monday (9), State Department spokesman Ned Price indicated that Bolsonaro cannot remain in the US with the head of state visa he used to enter the country. If he does not seek the US government by the end of January to change the category of the visa that authorizes him to remain on American soil —as a tourist—, he will be in an irregular situation and may even be deported.

Also on Wednesday, another group of 32 US Democratic and 38 Brazilian legislators from different parties released a joint statement accusing former President Donald Trump and his former advisers Steve Bannon and Jason Miller of “encouraging [o ex-presidente Jair] Bolsonaro to contest the election results in Brazil” and calling for accountability for attacks on democracy.

Lawmakers pointed out similarities between the attacks on the Capitol, in Washington, on January 6, 2021, and those on Congress, the Federal Supreme Court (STF) and the Planalto Palace, in Brasília, last Sunday (8). In the text, they claim that “extreme right-wing agitators in Brazil and the United States” are coordinating efforts to threaten democracy.

The statements increase pressure on the democrat, amid discussions in the US about Bolsonaro’s status in the country – he has been in Florida since December 30th. Democratic congressmen want the White House to deport Bolsonaro. Joaquín Castro, who represents the minority Democrats on the Western Hemisphere Committee, told US CNN that “the US should not be a refuge for the authoritarian who inspired domestic terrorism in Brazil.” Alexandria Ocasio-Cortez, known as the AOC, part of the far left wing of the Democrats, posted on Twitter: “The US needs to stop sheltering Bolsonaro.”

The politician traveled to Florida on December 30 and, breaking a democratic tradition, decided not to pass the presidential sash to Lula. He is staying at the home of former MMA fighter José Aldo in a gated community filled with Brazilians, with Michelle, his daughter Laura and a stepdaughter. He made few appearances outside the condominium and spent most of his time receiving and taking pictures with the crowd of supporters that started to gather daily in front of the house, without commenting on the political situation in Brazil. On Monday, he was hospitalized for an intestinal problem and was discharged on Tuesday (10).

Facebook
Twitter
Pinterest
WhatsApp
Previous article
Record sales for Harry’s acclaimed autobiography Reserve – 1.5m copies on first day
Next article
Moscow: Sweden is “hiding something” about the investigations into the Nord Stream pipelines in the Baltic