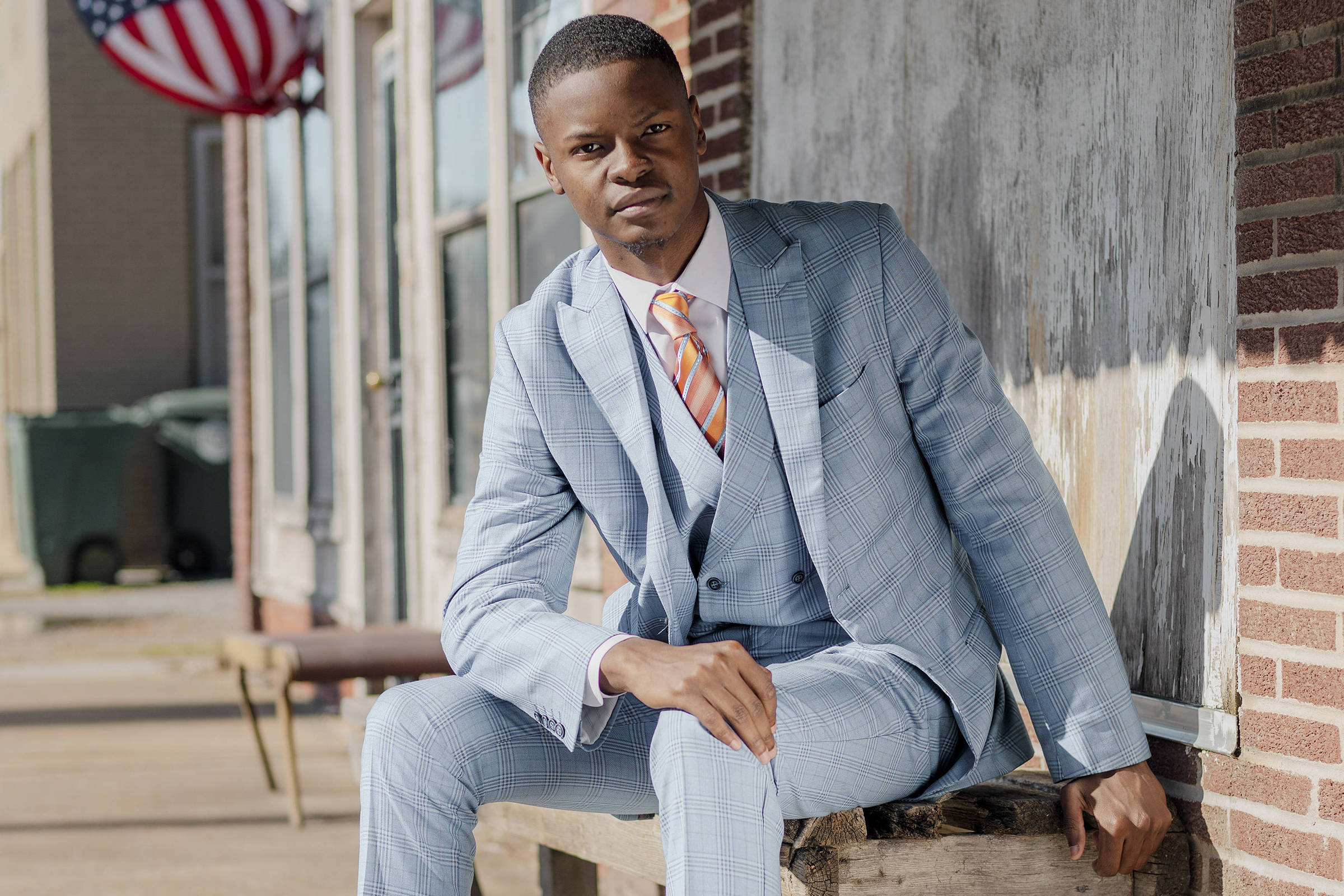 Decaying US city elects 18-year-old mayor to renew itself

The shoe factory closed and the supermarket left town. Also gone are residents whose former homes are now falling apart, overgrown with weeds and trees. And many of the top high school students left town to go to college elsewhere and then decided it didn’t hold enough appeal to bring them back.

Jaylen Smith, 18, could also be gone. But instead, when he finished high school last year, he decided to stay in Earle, the small town surrounded by farmland in the Delta region of Arkansas, in the United States, where his family has resided for generations.

Not only did he stay in town, he ran for mayor. And he won.

“Why should I go anywhere else to do something important when I can do it right here in Earle?” Smith said a few days after taking office last week. He was sitting at his new desk in the mayor’s office, but he was constantly on the move, signing papers and answering the alternately ringing landline and cell phone.

Over the years, Earle has been defined in a big way by everything she’s lost. Its population has dropped from over 3,000 in the 1990s to 1,800 today. But since Smith won the mayoral election in early December, and especially since he took office on Jan. 1, a mood of optimism has gripped the city.

The election victory made Smith one of the youngest elected African-American mayors in the country, and his family and supporters are proud of it. Many Earle residents hope their energy and sense of mission can do the town some favors, or at the very least, lure a supermarket back to it.

“He’s a positive because he’s motivated and has fresh ideas,” said City Councilor Tyneshia Bohanon, who met Smith when she was a substitute teacher in the city’s public schools. “He’s thinking of others. He’s chosen to stay here and lead the city to the place he knows it can be.”

The plan to bring in a supermarket was one of the mainstays of Smith’s campaign, as was strengthening the city’s police department so that it can operate 24 hours a day. Smith also won over voters when he spoke of plugging potholes, demolishing dilapidated buildings, and boosting community morale.

“I think he needed a chance,” said Etta Poole, who came to Earle from Chicago in 2008 to care for a sick brother and decided to stay.

Smith’s platform looked simple, but it reflected the high price that residents who remain in Earle have been forced to pay. The inhabitants have faced, among other things, an insufficient drainage system that leaves neighborhoods flooded after each rain, in addition to public coffers so empty that the city hall has difficulty paying salaries. The school district is outside the mayor’s purview, but its control was taken over by the state in 2017 in part due to mismanagement of funds.

Not everyone was prepared to entrust Smith with command of the city. One of his biggest hurdles as a candidate was persuading skeptics who cited his age and lack of experience, not least because his opponent in the December election was the city’s sanitation and public roads administrator, who had much more ground.

But the young candidate’s supporters argued that they weren’t asking voters to put the city in the hands of some random 18-year-old. They were talking about Jaylen, the teenager who started going to school in a suit when he was in ninth grade and who listens to gospel music. In addition, he was a constant presence at City Council meetings and community events.

“Sometimes the councilors weren’t there, but Jaylen was there,” said another councilwoman, Angela Jones. “He attends school board meetings, water committee meetings. He was very young and he already did that. Who does something like that? Even at that early age, he already had a goal.”

Earle, whose population is mostly black, is 11 miles from Memphis, Tennessee and is surrounded by sprawling fields of cotton and beans. There are churches, a few used car dealerships and small restaurants, like the Glory Grill on Main Street, known for its “Mercy Burger”.

Billy Joe Murray, 68, the retired head basketball coach at Earle High, said the city was in dire need of improvement. For him, the drainage system of public roads is the most pressing problem. “Every time it rains, my house gets flooded,” he said, shooing bees off his porch.

“Everybody leaves Earle,” Murray said. “People want to move up in life, and Earle must be at his lowest point.”

But he believes in Jaylen Smith. “I taught his mother and I know his father,” he said. “Jaylen may look young, but he’s got a good head.”

Jaylen Smith has two older brothers and a twin brother, Jayden. His mother, Sonya Perkins, said he “has been old since he was a kid”. Murray appointed him manager of the Earle High basketball team, and at one time Smith dreamed of becoming a state trooper. But his plans changed after he became involved in student politics.

Other 18-year-olds have been elected mayors of other cities over the years: in Hillsdale, Michigan; Roland, Iowa, and Yoncalla, Oregon. The city of Indian Head, Maryland has elected a 19-year-old mayor. In 2019, a seven-month-old boy became mayor of a small town in Texas, but the role was purely ceremonial.

There are no comprehensive records that include the age of city leaders, but the Association of African American Mayors said that when Jaylen Smith officially joins it, she will be the youngest member by more than 10 years.

On New Year’s Day, in a public building in Marion, ten kilometers from Earle, judges swore in mayors, councilors and police officers from several cities. Each received an attestation of the oath he had just taken. But no other county had such a crowd of supporters as Earle’s, with many wearing T-shirts emblazoned with Jaylen Smith’s face.

Councilwoman Angela Jones, sporting her own statement, acknowledged that there was a lot of work ahead of her but appreciated a victory that didn’t appear to be Jaylen Smith’s alone. “He has an opportunity to show the world what our young black men are capable of,” she said.

Smith once envisioned running for a seat in the state legislature or even running for governor of Arkansas.

For now, though, your attention is taken by Earle and the often tedious job of running the town. After a few days of taking office, his schedule was already filling up with meetings and he already dispatched workers to clean the sewers. And he has to worry about college, too: While he’s mayor, he takes classes online at Arkansas State University Mid-South.

“There’s a Bible verse I always use,” said Smith, paraphrasing a passage from the Book of Habakkuk that spurred his campaign and excited him as he was mapping out his own future and that of the city: “Write a vision, define it in clear terms”.