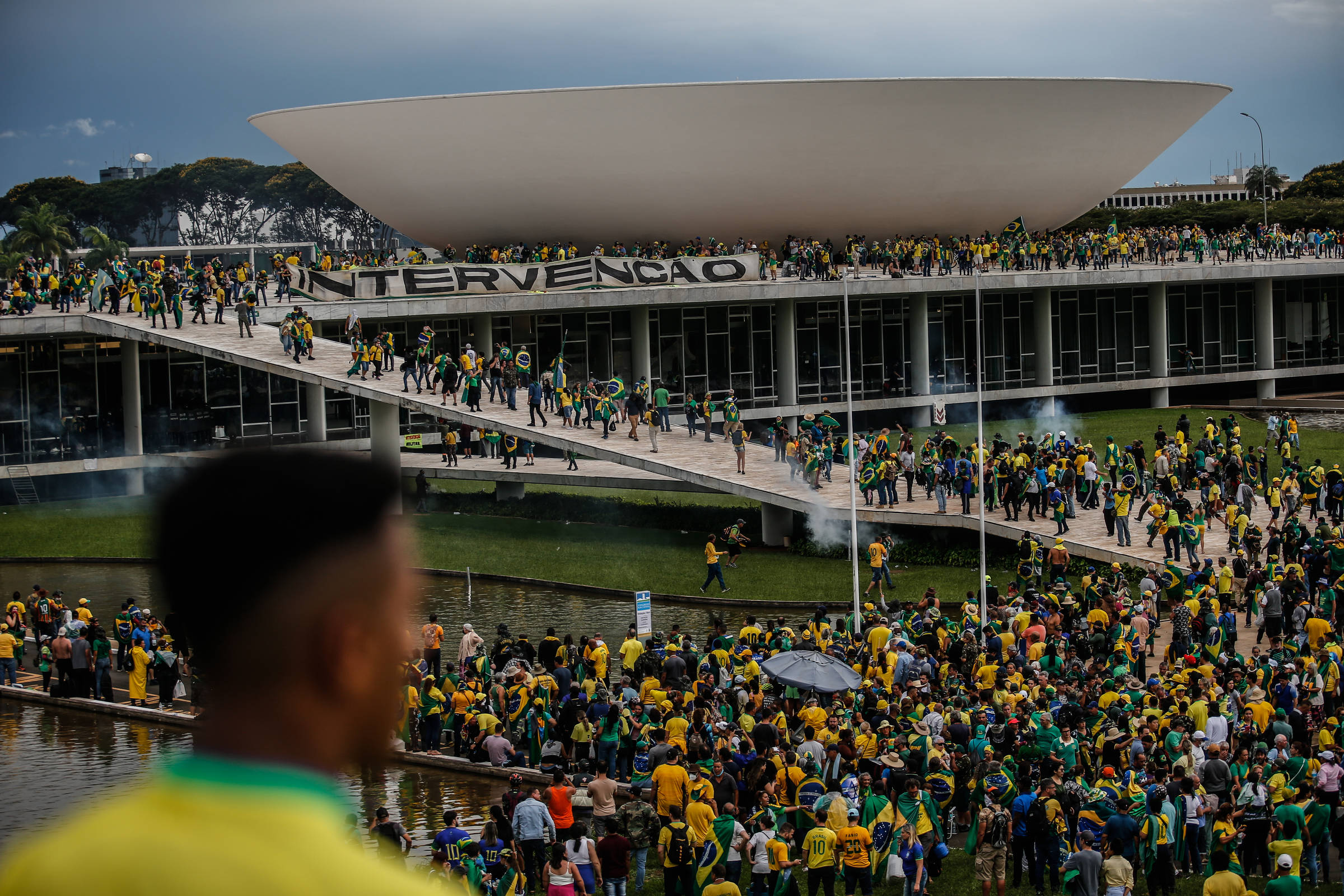 Could the terrorist aggression of Bolsonarist crowds against the pillars of the Brazilian institutional system have been an unexpected gift that favors the consolidation of democracy in that country?

Self-convened by social media, inspired by four years of anti-political and anti-democratic preaching by former President Bolsonaro during his term and fueled by bloggers and digital influencers who cultivate fake news against judges, progressive leaders and political pluralism, between 4,000 and 6,000 radicalized people they launched themselves with sticks, stones and machetes (and certainly some hidden weapons) to invade and destroy the infrastructure of Congress, the Judiciary and a part of the Executive in Brasilia.

That episode —the culmination of a series of increasingly violent and anti-civic demonstrations by supporters of the former president— took place on Sunday, January 8, 2023, a week after Lula was sworn in as president. Therefore, it was not intended to prevent the transfer of power, but was basically a purely expressive and chaotic act of repudiation against the institutional powers and protagonists of Brazilian democracy.

Sponsored by military and police allies, accomplices of the agribusiness sector, illegal logging and mining, plus a few other business leaders and radicalized evangelical sects associated with the defeated candidate in the 2022 elections, the subversive movement was created —initially— in order to keep Bolsonaro at the center of the public sphere.

In this way, the extremists intended to perpetuate the representative monopoly of the right and the extreme right, concentrating opposition to the new PT government on the former president. This would consolidate the imbalance caused almost a decade ago, when the PSDB (the former base of national leaders such as former president Fernando Henrique Cardoso and governors José Serra, Geraldo Alckmin, Franco Montoro and Mário Covas), which brought together the representation of the center and center-right and counterbalanced the PT in electoral competition, ordering and organizing the Brazilian political system for 30 years, he gave up his managerial skills and political ambitions.

Under the control of smaller figures, the PSDB ceased to be a force anchored in programmatic proposals to establish itself exclusively in hollow and hypocritical moralistic denunciations, where center-left and left-wing opponents were denounced as profaners of the sacred. This paved the way for the rise of Bolsonarist fundamentalism.

However, with Bolsonaro out of the country in covert self-exile and with the surprising autonomy demonstrated in the invasion and depredation of the symbols of republican democracy that Sunday, this movement of radicalized people ended up leading the founding act of a Bolsonarism without Bolsonaro.

Brazil is a country accustomed to negotiating its most substantive systemic and institutional changes between a few elites, from its independence from Portugal to the end of slavery, passing through the transition from Monarchy to Republic and even during the various metamorphoses between tutelary democracy and dictatorship. This movement, however, could only generate —even among the most right-wing leaders— at least a feeling of discomfort, if not openly reactive at the sight of a hysterical crowd that transgresses its supposed leaders and commanders.

The destructive anomie and apocalyptic fanaticism staged by the attackers, together with their circus choreographies of military rituals, hysterical outbreaks and war cries, recall not only the Trumpists who invaded the US Congress two years ago, but also the violent rebellion of the Kirchnerist and radicalized leftists who attacked Congress in 2017 with more than 14 tons of stones and rubble at a time when a social security reform was being legislated.

They are even more reminiscent of the charming reports by Vargas Llosa in his book “The War at the End of the World”, about the romantic and ultramontane monarchist madness of Antônio Conselheiro’s followers in Canudos (BA) in reaction to the rise of the Republic. Stories filled with dogmatic delusions, beliefs in medieval superstitions and embracing a thought that was as magical as it was violent. Undoubtedly, Canudos constituted a hallucinatory episode, which portrays the famous literary magical realism as a tragic phenomenon in northeastern Brazil during the late 19th century.

The rise of post-bolsonarism, consecrated by recent attacks and which has generated some intoxicated celebrations on social media, should satisfy very few of your hopes. It probably looks more like a cathartic and chaotic lapse than a pressure factor with its own weight and long life. All the evidence on most of its participants warns that it is a quasi-psychiatric phenomenon: it is the broken and lonely crowd that David Riesman already spoke of in the last century. Individuals in search of meaning and a community mission at any cost, embraced by a maximalist, fanatical identity, full of certainties, uncritical, zero reflection and without cracks or ambiguities. In short, the same fertile ground that nurtured Fascism and Nazism.

Despite the tacit passive support awakened among some police forces, the violent and anarchic post-Bolsonarism should accelerate the disenchantment of the conservative middle class with the extreme right, making it easier for the new government to clean up the colonization of state entities implemented by Bolsonaro. It should also galvanize the political class and especially the Legislative Power around democracy and the reconstruction project led by Lula and Alckmin and liquidate the sources of funding for the coup d’état and other anti-system expressions.

The birth of Bolsonarism without Bolsonaro, wrapped in his green and yellow suit and national team T-shirt, may have been — paradoxically — a gift for the consolidation of Brazilian democracy.