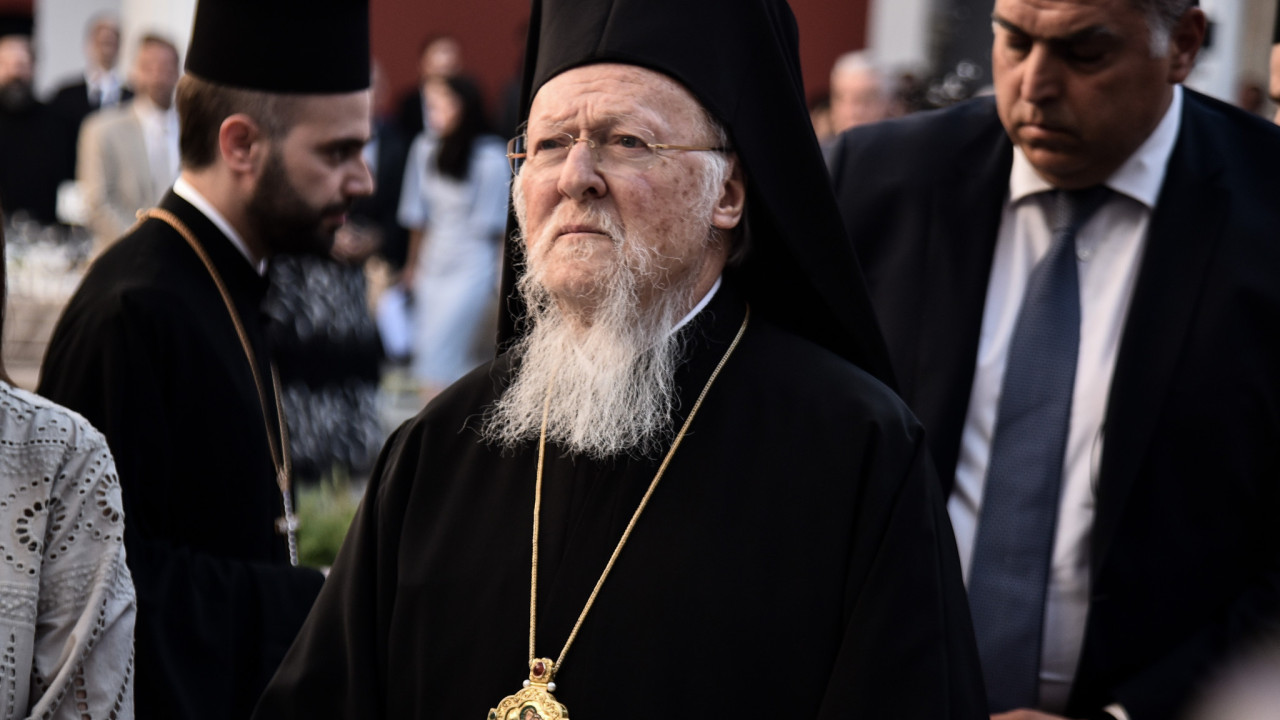 Bartholomew on the Ukrainian Autocephalous: “The Church of Russia has papal claims, not the Ecumenical Patriarchate”

“Holy war” of Bartholomew – Cyril: “It is an accomplished ecclesiastical event and no propaganda and no war can cancel it”

The Ecumenical Patriarch Bartholomew made a videotaped intervention at the evening organized by the Organization for the Promotion of Greek and Orthodox Culture “AENAOS”, yesterday afternoon, at the Officers’ Club, on the topic of Ukrainian Autocephaly and Russia’s war against Ukraine.

The Ecumenical Patriarch emphasized that the granting of the Autocephaly to the Orthodox Church of Ukraine has nothing to do, direct or indirect, with geopolitical facts and with Russia’s unacceptable invasion of Ukraine.

In fact, he pointed out that the Church of Constantinople gave a helping hand to Russia to solve the Ukrainian problem, but the efforts were fruitless, with the fault of the Russian side, which, however, does not admit it.

In fact, he stated that it is the Church of Russia that has papal claims, not the Ecumenical Patriarchate. “Moscow does not recognize the right of Ukrainians to have an Autocephalous Church, because it wants to oppress them, it wants to turn Orthodoxy into a confederation of Churches to have a say. Its overtly arrogant and hegemonic mentality will highlight the pivotal role of the Ecumenical Patriarchate in Orthodox discourse.

Ukrainian Autocephaly is an accomplished ecclesiastical event and no propaganda and no war can cancel it. The Church of Russia ruthlessly pursues matricide. We are all witnesses to the catastrophe unfolding on Ukrainian soil. A cease-fire must be achieved immediately”, the Ecumenical Patriarch pointed out and sent an invitation to those Orthodox Autocephalous Churches that have not already done so to proceed with the recognition of the Autocephalous Church of Ukraine:

“We call on those Orthodox Autocephalous Churches that have not yet done so to proceed with recognition, thereby showing their support for the trying Ukrainian people, and for the Church of Russia to apologize for the suffering it has caused Orthodoxy.

Allusions to the connection of the war with the granted Autocephalus are figments of a morbid imagination to cover up the crime being committed in Ukraine today.

The Orthodox Ukrainian people will never accept that their church continues to be subordinated to the Moscow Patriarchate which blessed the invasion of their homeland,” he emphasized.

Facebook
Twitter
Pinterest
WhatsApp
Previous article
Nikos Pappas: We submitted an expert report – There has been an alteration in the submitted sms
Next article
Samuel Beckett’s Not Me Comes to the National Opera’s Alternative Stage