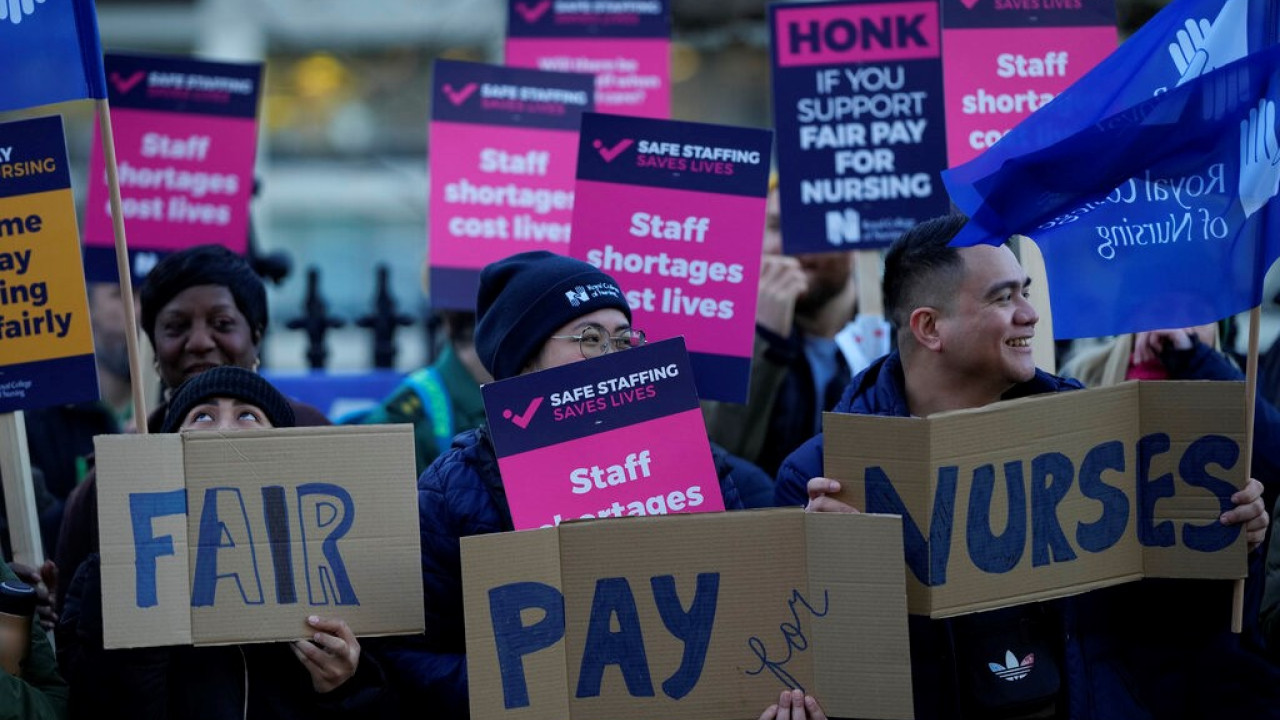 ‘Excess deaths’ in Britain: The NHS crisis and calls for an inquiry

The number of “excess deaths” in the United Kingdom is currently at very high levels, i.e. deaths that exceed the average of previous years for the same period.

Specifically, in the seven days to January 13 in England and Wales there were 17,381 deaths from all causes. That’s a tally of 2,837 deaths, or 20% higher than the average for the same week in previous years.

It is also the worst death toll in a week since early February 2021, when excess deaths reached 3,429 at the height of the second wave of the coronavirus pandemic. At the time, 37% of the deaths were attributed to the coronavirus.

Now, however, COVID-19 accounts for only 5% of deaths, meaning that other factors are contributing to the bleak public health picture that emerges.

According to experts cited by the British media, these factors could include delays in the response of ambulances even to very serious incidents, long waits reported to emergency rooms, incomplete diagnoses since the time of the pandemic and delays in appointments, tests and operations, with the waiting list in the NHS public health system reaching 7.2 million patients.

The scale of the crisis in the NHS was made clear weeks ago by the Royal Society for Emergency Medicine, which estimated that between 300 and 500 patients die every week as a result of delays in ambulances and hospitals.

Labour’s shadow undersecretary for public health Andrew Gwynn accused the government of “denial and abdication” and branded health secretary Stephen Barclay “half man, half ostrich” for refusing to face the evidence.

As Mr Gwynn observed in a debate in the House of Commons, if the pandemic period is excluded, the excess deaths are the most recorded in Britain since 1951.

Even MPs from the ruling Conservative Party have expressed their deep concern, with former minister Esther McVeigh calling for an urgent investigation.

Under Secretary of State for Health Maria Caulfield, who responded on behalf of the government, pointed to figures showing that countries such as Germany, Finland and Poland have more excess deaths than England at this time.

“There are clinical reasons for the excess deaths, not political reasons,” the deputy minister commented, then citing the increased cases and hospitalizations of the flu as an example.

The latest figures show that in the first two weeks of the new year almost one in four deaths in England and Wales (24%) were at least partly due to flu or pneumonia.

Facebook
Twitter
Pinterest
WhatsApp
Previous article
Meeting in Civil Protection for bad weather: Activation of 112 depending on the course of the phenomena
Next article
United Kingdom: Amazon workers go on strike for the first time

American authorities are searching for the wreckage of the Chinese balloon