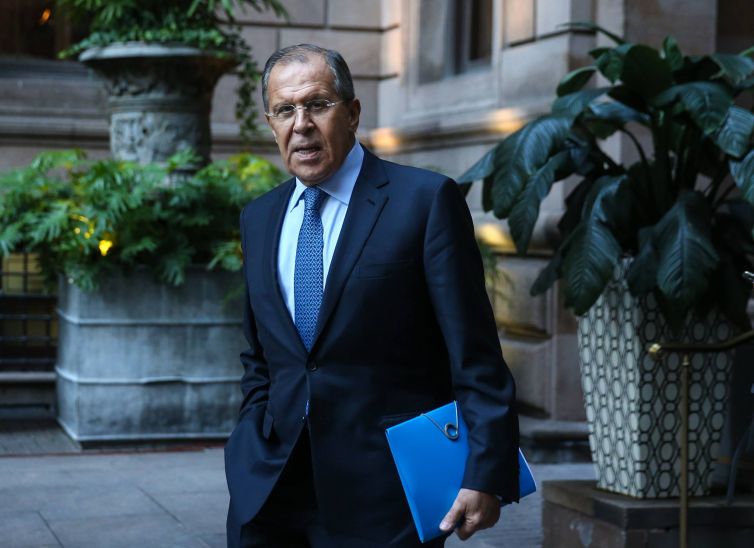 Lavrov “Lavros” with the West: You forget the obligation “not to increase your security at the expense of others”

Russian Foreign Minister Sergei Lavrov has confirmed that he has made a formal request to all his counterparts, the Foreign Ministers of the Organization for Security and Co-operation in Europe (OSCE), which have co-signed the 1999 Istanbul Declaration and Astana (Kazakhstan) in 2010 to explain “how they intend to implement in the current historical context the commitments made by their countries at the highest level”.

“In 2010 in Astana and previously in Istanbul in 1999, all the presidents and prime ministers of the OSCE member states signed a package containing the interconnected principles of ensuring indivisible security,” he said. The West derives only one slogan from this package: that every country has the right to choose allies and military alliances, but there that right is expressed under the condition and obligation of every country, which the West has also signed: not to strengthen its own your security at the expense of the security of others “.

“The West in its exorcisms that NATO’s open door policy is sacred and no one can forbid Ukraine from joining the alliance, that this will be decided by Ukraine, deliberately and openly avoids even mentioning the second part of the obligation.” The Russian Foreign Minister said: neither the Declaration of Constantinople nor the Declaration of Astana. They only mention the Helsinki Final Act and the Paris Charter for the New Europe of 1990, where there is no obligation not to enhance your own security at the expense of others. “Russia has insisted that these obligations be included in subsequent OSCE documents.”

According to Moscow, these questions are “questions of principle” and before discussing other “practical aspects of European security”, Russian diplomacy will seek to clarify the meaning of the signature of European leaders and the US President under the above Proclamations and “not to allow the West to evade”. If the signatures were put, “on the premise that Russia will never be able to achieve what was promised in these documents, they must admit it. This will be another confession after our reminder of the verbal promises of 1990 that NATO would not be enlarged, when we were then told that they did not mean anything other than that, that they wanted to deceive us, that they acted hastily, that there were supposedly more important issues “, S. Lavrov supported.

The Russian minister did not fail, however, to reiterate the position of Russian President Vladimir Putin, that “if our efforts to agree on mutually acceptable principles of security in Europe do not work, then we will take responsive measures,” he said. the written answers of the US government and NATO, stating in particular that “the American response compared to the paper sent to us by NATO, is almost a model of diplomatic decency, while the response from NATO is so ideological, exudes so much its exceptional “North Atlantic Alliance, its special mission and destination, so I felt a little ashamed of those who wrote these texts.”

See all the news