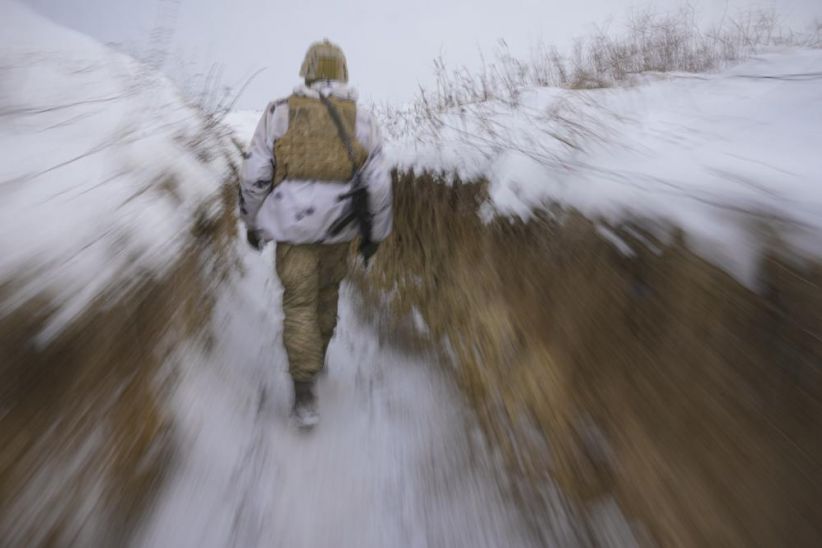 Observers from the Organization for Security and Co-operation in Europe (OSCE) announced today that they were seeing a “dramatic increase” in violations of the ceasefire agreement in eastern Ukraine, where pro-Russian separatists and government troops have been fighting since 2014.

They recorded a “spectacular increase” in hostilities along the front line, the OSCE said in a statement, noting that the level of violence has now returned to where it was before the July 2020 agreement to consolidate the ceasefire.

He spoke in support of the US Alliance, but said that maintaining some independence was not the answer.

In the Luhansk region, which is also controlled by pro-Russian separatists, the agency reported 648 violations, including 519 “explosions”, up from 402 on Wednesday and 129 on Tuesday.

The OSCE “urges the members to abide by all the commitments they have made and to take all necessary measures to reduce tensions”, as well as to work for the immediate de-escalation for the benefit of innocent civilians on both sides of the front line. “They continue to suffer because of this conflict,” the statement added.

The organization, which includes both Russia and the United States, deployed an observer mission to Ukraine in 2014, following the annexation of the Crimean peninsula by Moscow and the outbreak of war between pro-Russian separatists and the Ukrainian army in eastern Ukraine. area also known as Donbass. The war has claimed the lives of more than 14,000 people, according to authorities in Kiev.