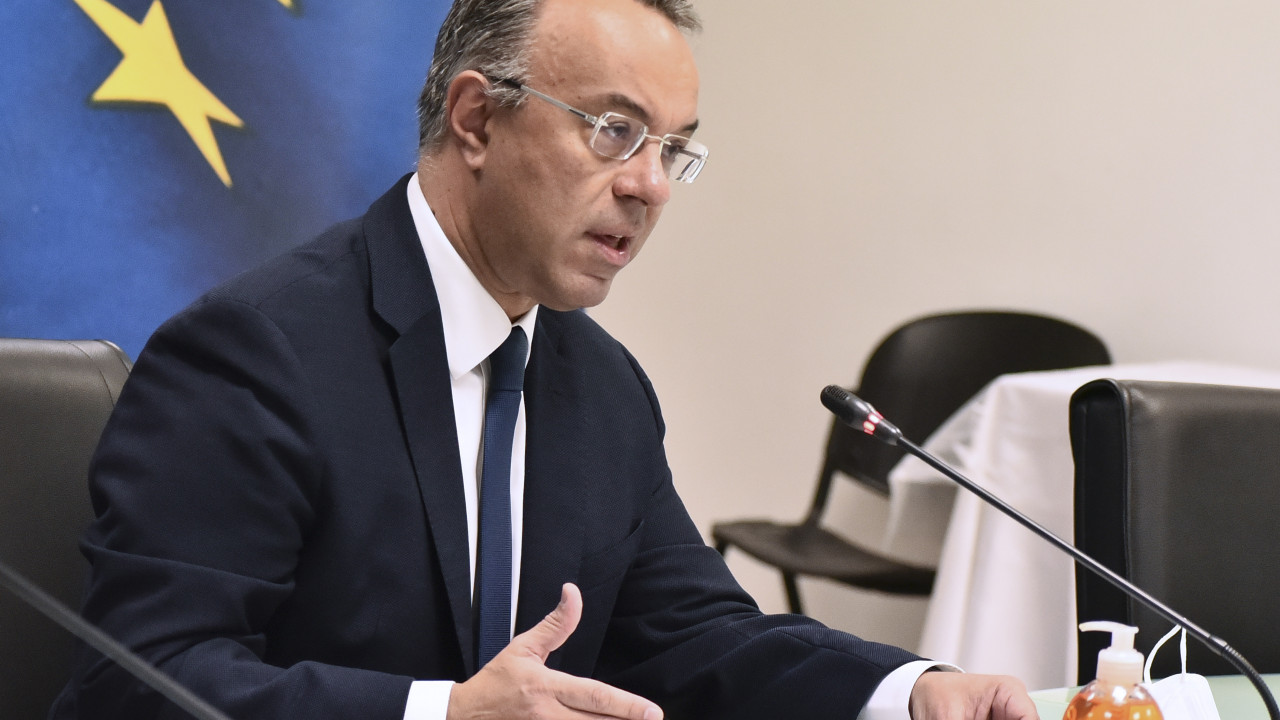 The government’s position, said Mr. Staikouras, speaking earlier today to the Finance Committee of the Parliament, is that “the privatizations must serve the main priorities for high and sustainable economic growth,

“We are in favor of privatizations and the utilization of public property, as long as these privatizations are accompanied by conditions of economic efficiency and social reciprocity,” said the Minister of Finance, Christos Staikouras, in response to the fire received by the government from the opposition parties, regarding the provisions of the multi-bill of the Ministry of Finance that bring about changes in the operation of public limited companies.

The government’s position, said Mr. Staikouras, speaking earlier today to the Parliament’s Finance Committee, is that “the privatizations must serve the main priorities for high and sustainable economic growth, for the creation of good quality jobs and for the strengthening of of social cohesion”.

The rapporteur of the ND, Manolis Konsolas, was in favor of the principle of the bill, saying that the proposed provisions “update and modernize the legislative framework for the organization, administration and operation of public limited companies and other subsidiaries of the Hellenic Holdings and Property Company joint stock companies”. At the same time, important innovations are introduced, such as the establishment of the Independent Credit Evaluation Authority and the establishment of the Central Credit Registry.

The opposition parties declared against the principle of the bill.

The rapporteur of SYRIZA, Nikos Pappas, especially in relation to the special obligations assumed by public limited companies, observed that in the bill references are made to indicators related to financial performance, profitability and liquidity, “in a way that, many times, it is not consistent with the operation, aims and objectives of public companies, whose role is primarily to offer a public good or a public service to the citizens”.

“You are creating an ‘airstrip’ for the complete privatization of all anonymous companies, inside and outside the Superfund,” said PASOK-KINAL special buyer Kostas Skandalidis, addressing the government.

“A new step is being taken to complete the privatizations that started 20 years ago with all the governments of New Democracy and SYRIZA and PASOK, the public limited companies that belong to the Hellenic Holdings and Property Company SA, i.e. the Superfund “, said the special buyer of the KKE Manolis Syntyhakis.

“The minister decides on the divestment of public companies”, said the specialist buyer of Hellenic Solution, Vassilis Viliardos, who pointed out that “in any case, before the divestment, valuations should have been carried out and business plans of the companies should have been drawn up and not for these to be prepared by private consulting companies that serve other interests.”

“Do everything so that the prices in transport, in water and in everything else, follow the prices of electricity”, said the special buyer of MERA25, Kriton Arsenis, and underlined that private economic criteria enter into the operation of the public utilities, with the ultimate aiming at their privatization.

Provisions for the Central Credit Registry have also been included in the bill. During the process of hearing bodies, before the Economic Affairs committee of the Parliament, Dimitris Verginis, deputy director of the IT department of the Bank of Greece, said that “the Bank of Greece is ready to undertake the creation and operation of the Central Credit Registry”. Mr. Verginis stated that the register in question is an information system, which will be owned and maintained by the Bank of Greece and will record on an analytical basis, the history of payments, the types of collateral provided, or any other information related to any form credit to natural or legal persons, from credit and financial institutions in general.

The data of the register will be available to the borrowers and creditors, after their request in an electronic way, through the credit reports. Lenders will use credit reports to assess the creditworthiness of potential borrowers. The registry will be complementary and fully harmonized and interoperable with the private debt monitoring registry, the independent credit rating authority and the existing financial behavior data processing system of Teiresias SA.

As Mr. Verginis said, for the needs of cross-checking and confirmation of the accuracy of the information, identification and general information, as defined in the bill, the registry will be able to refer to the information systems of the Independent Public Revenue Authority of the General Commercial Registry, as and in the ERGANI system.

“We are opposed to the most basic elements of the bill, as it attempts, with specific articles, to abolish the public character of OASA, STASY and their indirect privatization,” said Panagiotis Kontogiannis, president of the Board of Directors of the STASY Employees’ Union. Mr. Kontogiannis also predicted that the workers will be faced with a complete dissolution of labor relations. “Transportation companies were characterized as public utility, because they operate with the aim of serving citizens, especially the most vulnerable who use public transport the most. By applying private criteria to their operation, it will not be possible to exercise social policy”, said Mr. Kontogiannis, while the newly hired employees “will not be covered by the operational collective agreements”.

Korina Theodoraki, secretary general of the National Federation of the Physically Handicapped (EOKA) stated that the bill “finally restores a great injustice, an unconstitutional discrimination against severely physically disabled beneficiaries of the e-EFKA out-of-institutional allowance, as it will henceforth be excluded the extra-institutional allowance and any related amount from the calculation of income”. Until today, Mrs. Theodorakis explained, for those who receive the extra-institutional allowance from OPECA, this is not counted in their income. But for those who receive it from e-EFKA, this is counted in their income. “This distinction, therefore, creates first and second class citizens, who have exactly the same disability and the same needs, but are not treated in the same way,” said Mrs. Theodoraki.