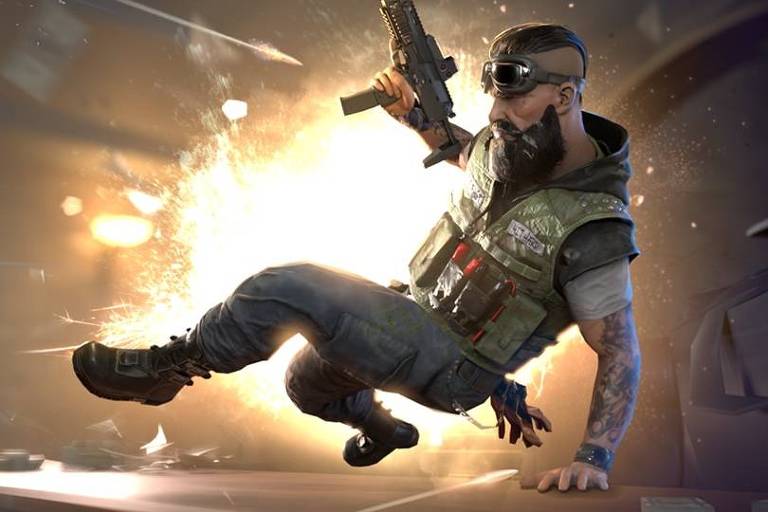 Ubisoft started a new phase in its business strategy for mobile games last Monday (12), when it started in seven countries – including Brazil – the beta tests of the game “Rainbow Six Mobile”, a mobile version of ” Rainbow Six Siege”.

The first-person shooter can be considered the company’s first major release for mobile phones, which previously only received casual games like “Assassin’s Creed Rebellion” and “Hungry Shark”. A movement that has become more frequent in the industry.

Although the franchise does not currently have the leadership in the genre — it has fewer players than “CS: GO” and “Call of Duty”, for example — the games in the “Rainbow Six” series have always captivated a legion of fans who were looking for first-person shooter with more strategic components than its competitors, something that Ubisoft tries to keep in this new release.

“It’s not enough to just go around killing — it’s more chess than checkers,” says Justin Swan, director of “Rainbow Six Mobile.” This means that the heart of the game is more strategic thinking than action. But it’s necessarily a team strategy—”Rainbow Six” isn’t for individual triumphs.

At the invitation of Ubisoft, Folha was able to participate in the launch of the beta version and test the gameplay of “Rainbow Six Mobile”. The matches consist of two rounds, in which teams of five players sometimes attack and sometimes defend.

Tactical choices begin even before the match: each player must choose an agent (character) with particular attributes, which means that, from the beginning, teams need to choose a style of play consistent with the chosen agents.

“Rainbow Six Mobile” is agile, intense and intuitive, bringing gameplay features that set it apart from other games in the genre. “Destruction is a big differentiator of our game,” says Swan. “You can blow up the environment and create new ways to move around the map.”

The game seeks to fill a gap in the market, being one of the first high-investment first-person shooter titles to come to mobile devices — perhaps the similar one today is “Apex Legends Mobile”, which has a less realistic theme.

Competition, however, is expected to increase soon. Activision announced on the 15th the launch of “Call of Duty: Warzone Mobile” for 2023, a title that should compete for the same audience as “Rainbow Six”.

Brazilians interested in participating in closed beta tests of “Rainbow Six Mobile” can register on Google Play by clicking here. For now, the game is only available for Android users. For those using iOS, it is possible to subscribe to receive updates regarding the version for Apple devices.

Coming from the brilliant head of Jonathan Blow (responsible for the critical darling “Braid”), this game that mixes puzzles with exploration is not for the faint of heart. The objective of the more than 600 puzzles in the game is simple: draw a line connecting one point to another. However, new rules are added little by little, making the answer more and more difficult. The game also does not make clear the rules of each puzzle, leaving the player to recognize patterns, make assumptions and explore the environment to understand the logic of each puzzle and solve it. It’s not an easy game, but even so, it’s very rewarding to find the answers to “The Witness”.