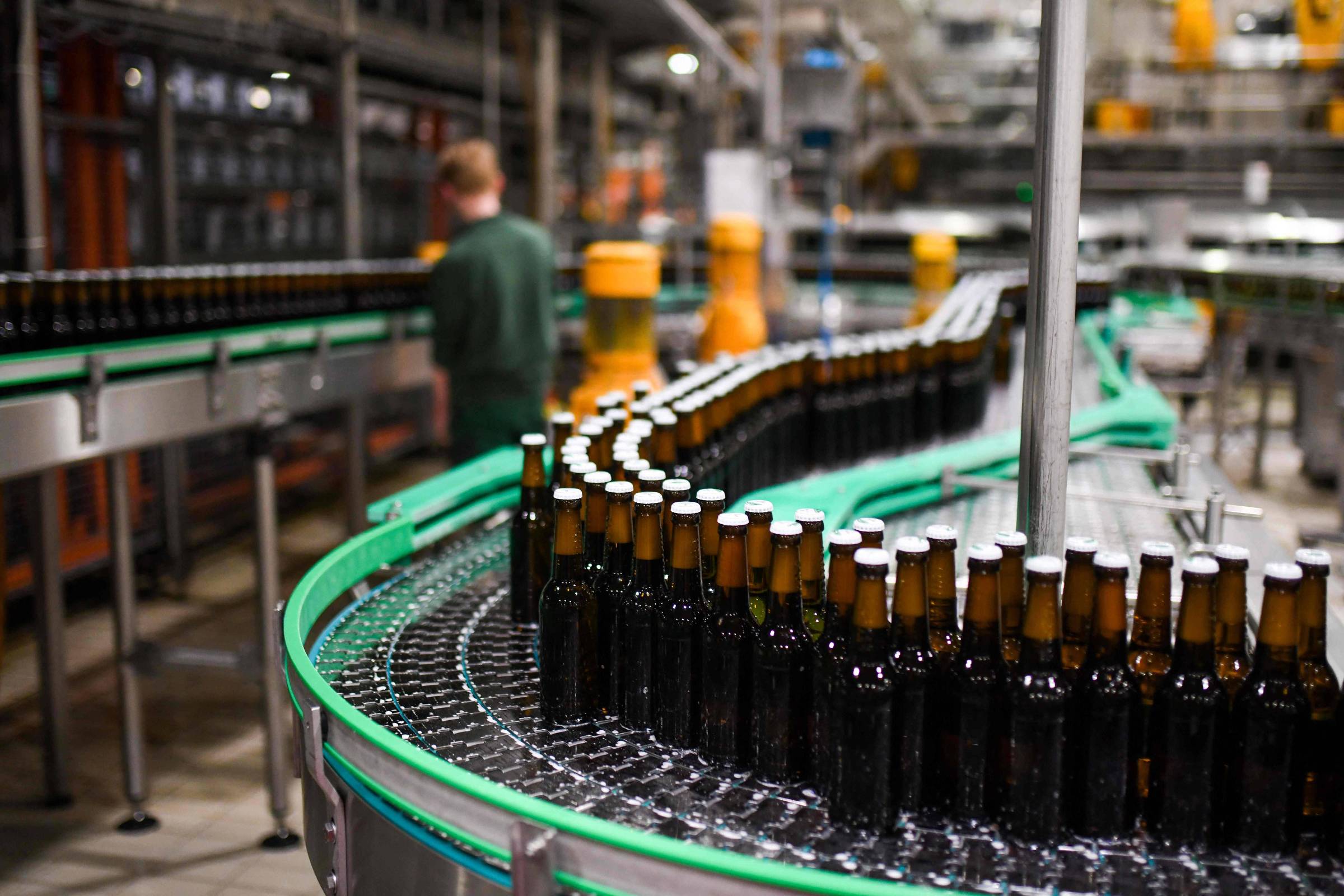 A shortage of carbon dioxide is causing German beverage makers to cut production and warn of bankruptcies, in the latest sign of how Europe’s energy crisis is sending shock waves through the region’s economy.

“More and more companies in the beverage sector that depend on the availability of CO2 are having to significantly reduce their production or stop it altogether,” Holger Eichele, head of the German brewery association, told the Financial Times. “For many of the companies affected, this has drastic consequences.”

Gas is an important raw material for beverage companies, as it is used to add bubbles to water and soft drinks and to fill and empty beer bottles, kegs and tanks without the beer foaming or suffering flavor effects from contact with the air.

The shortage of CO2 — a by-product of ammonia production — has been worsening for months as record gas prices drive the fertilizer industry to cut production.

But the situation worsened in Germany two weeks ago when the country’s biggest ammonia and urea producer, SKW Piesteritz, halted production in response to a new tax that will cause further gas price increases.

This has caused CO2 suppliers to the food and beverage industry to declare “force majeure” for failing to deliver regular orders, prompting many beverage manufacturers to scramble to find alternative supplies.

“We receive new requests for help from the industry every day,” he said, urging the government to “take short-term measures to secure a preferential supply of affordable carbon dioxide for food and beverage production for the critical infrastructure of the food industry.”

The German brewers’ association, together with entities representing manufacturers of fruit juice, mineral water and wholesale beverages, published a joint statement on Friday (16) warning that “without prompt government intervention and effective help hundreds of companies and thousands of employees will lose their livelihoods in the German beverage industry”.

They said it was “generally impossible” for manufacturers to pass on their higher costs due to the bargaining power of big supermarket chains and the tightening of consumer spending from rising energy bills.

Trade bodies have also warned that the Piesteritz plant closure has hit them in other ways, causing a shortage of AdBlue, a key ingredient in diesel, causing its price to rise and raising costs for road haulage operators.

“The scarcity of resources, raw materials and materials – for example AdBlue – is taking on ominous proportions,” they said. “Companies in the transport sector have already canceled numerous orders that have become unprofitable and temporarily closed parts of the fleet.”

Eichele said the CO2 shortage is affecting smaller breweries the most, as larger breweries often capture excess gas produced in the brewing process and reuse it. He also said there was no risk that the crisis would lead to the production of still beer, adding: “Soft drink producers like Coca-Cola need CO2 to make their product fizz – our beer fizzes automatically.”

The Piesteritz plant is in the process of restarting production after seeking help from the government and warning that it “fears for Germany’s international competitiveness as a place of business in these conditions”.

Wholesale gas prices in Europe are down 44% from last month’s record, but at 190 euros per megawatt-hour, they remain nearly six times higher than a year ago.

That has led some energy-intensive manufacturers to reduce production or even suspend it, causing a 2.3% drop in eurozone industrial production between June and July – its biggest monthly drop since the pandemic began in 2020

Last Boeing 747, the original jumbo, will be delivered this week