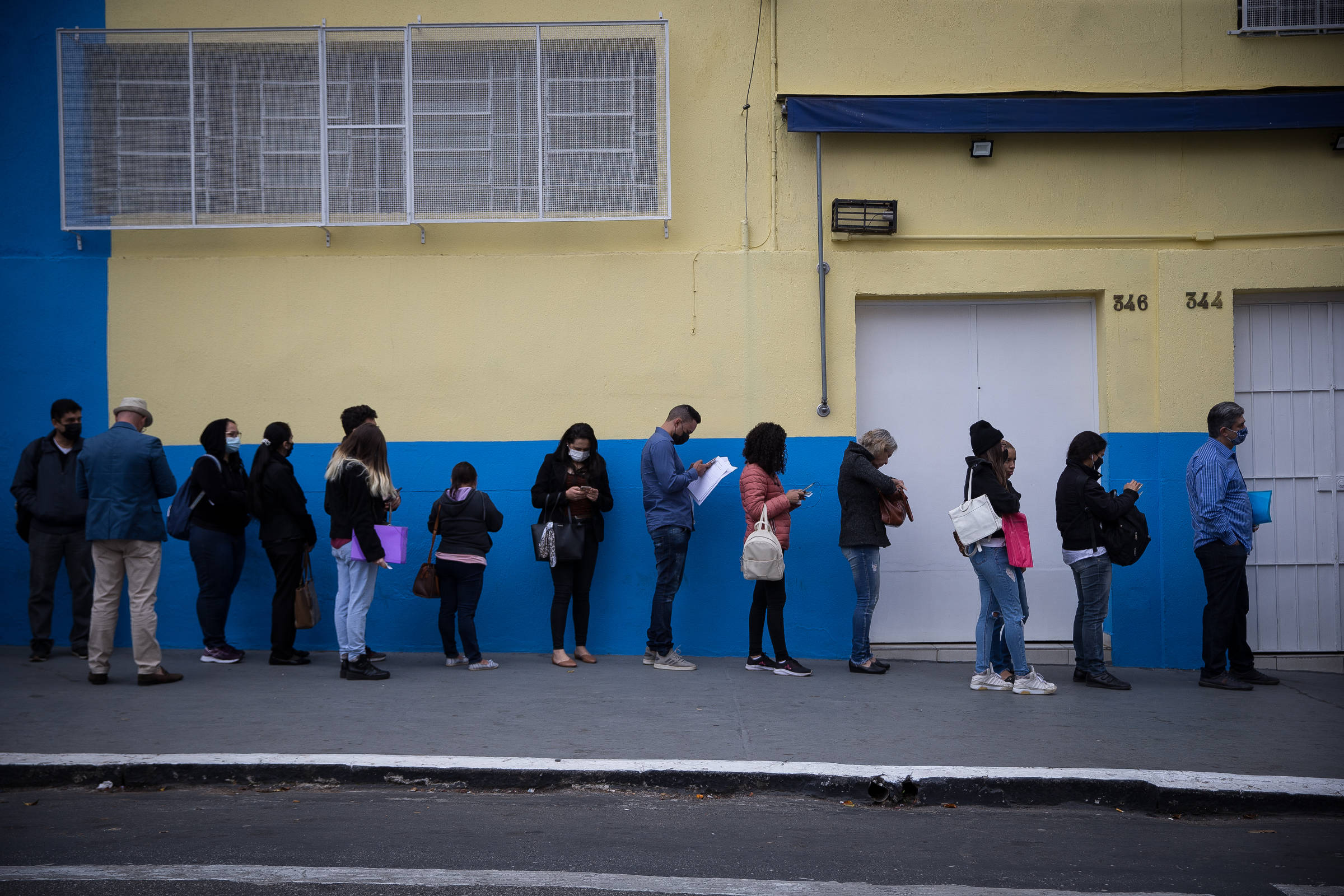 Unemployment falls more in Brazil, but it is the 5th largest in a ranking of 40 countries

In one year, the unemployment rate in Brazil had the most intense drop in a list of 40 countries, according to a ranking by the risk rating agency Austin Rating.

Still, the local indicator is among the highest. It is the fifth largest in the survey, which assesses the behavior of nations with data already released up to July, according to Austin.

The Brazilian unemployment rate was at 13.7% in the quarter to July 2021, when the economy was still affected by restrictions to curb Covid-19.

In the same period of 2022, the most recent with available information, the indicator dropped to 9.1%. The drop was 4.6 percentage points.

Of the 40 countries observed, 38 had lower unemployment than a year earlier. The widespread fall signals that economies, including Brazil, have been benefiting especially from the respite from the pandemic, points out Alex Agostini, chief economist at Austin Rating.

“The main factor is the fight against Covid-19”, he says. “The unemployment picture has improved in Brazil, but we are still in the bloc of countries with the highest rates. It means that we need to advance a lot. This depends on economic growth and the improvement of the business environment”, she says.

Agostini, like other analysts, sees a chance that the unemployment rate will be close to 8% by December in Brazil. The final stretch of the year, he recalls, is usually marked by temporary hires due to seasonal demand in sectors such as commerce.

During the electoral race, President Jair Bolsonaro (PL) has used the fall in unemployment as an argument to defend the actions taken by the government in the economic area.

The feeling of improving employment, however, is hampered by persistent inflation, which has brought down the purchasing power of families in the pandemic.

The unemployment rate of 9.1% in Brazil, calculated by the IBGE (Brazilian Institute of Geography and Statistics), is at the lowest level of the comparable historical series since the quarter ended in October 2015. At the time, the indicator also marked 9, 1%, and the national economy was in recession.

On the eve of the 2022 presidential elections, the Bolsonaro government launched a stimulus package to encourage economic activity. The Planalto also decided to bet on cutting taxes on items such as fuel and electricity.

According to Agostini, the explanation for Spain (12.6%) registering the highest unemployment rate in the ranking may be associated with the fact that the European country has an older population. Older workers are among the hardest hit by restrictions imposed during the pandemic.

The other end of the list drawn up by Austin is occupied by Switzerland. The country had the lowest unemployment rate until July this year: 2%.

In comparison with the same period in 2021, Denmark was the only place where the indicator was at the same level (4.6%).

China, in turn, had the only increase in the indicator, from 5.1% to 5.4%. The Asian giant’s economy, says Agostini, has still been impacted in recent months by restrictions to contain the spread of the coronavirus.

Facebook
Twitter
Pinterest
WhatsApp
Previous article
The tables for book purchase checks from DYPA have been posted – How do you claim them?
Next article
Government announces new block of BRL 2.6 billion in Budget 10 days before elections