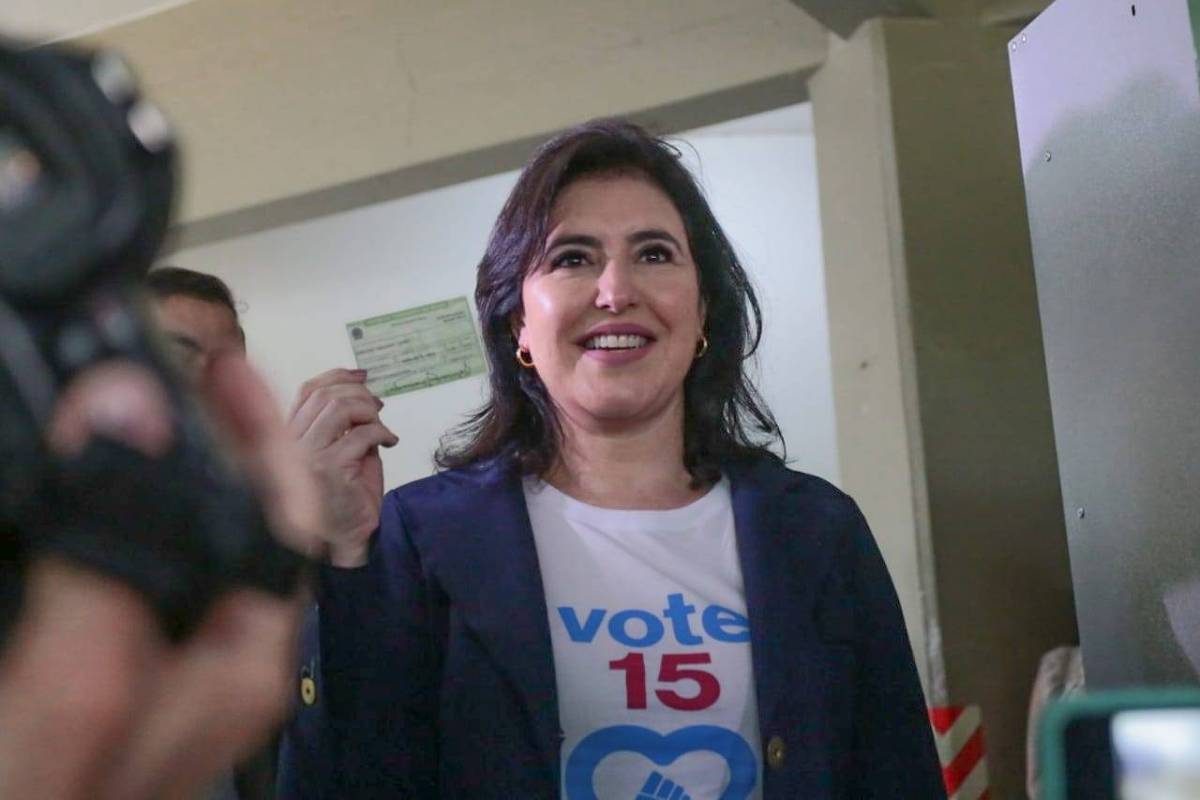 Allies of ex-president Luiz Inácio Lula da Silva (PT) estimate that a probable alliance with Simone Tebet (MDB) in the second round should increase the support of ruralists for the PT.

Tebet is a senator from Mato Grosso do Sul and linked to agribusiness. She won nearly 5 million votes – just over 4% of valid votes.

In the first round, Lula won 48.4% of the valid votes and will face President Jair Bolsonaro (PL) on October 30.

The senator, who ran for the presidential election for the first time, told senators close to her that she should support Lula in the second round. Tebet adopted a stance of confrontation with Bolsonaro in the CPI (Parliamentary Commission of Inquiry) of the Pandemic, which gave her projection.

In addition to the political alliance with Tebet, those responsible for bringing Lula closer to the ruralists plan to intensify meetings with businessmen in the sector.

“We need to do this not only in Mato Grosso, but in the interior of the state of São Paulo, in Bahia, where Lula’s vote was already good, and also in specific sectors, such as cotton and ethanol,” said Senator Carlos Fávaro. (PSD-MT).

In addition to Fávaro, Lula’s team to reduce resistance in agribusiness is formed by businessman Carlos Augustin and Neri Geller (PP-MT), federal deputy and former minister of Dilma Rousseff (PT).

The three should meet with the coordinators of Lula’s campaign, in São Paulo, to discuss the strategy for the second round.

“You cannot underestimate Bolsonaro. Presenting proposals for the sector is one of the ways to continue working in this second round,” said Geller.

For Augustin, the sector’s resistance to Lula’s candidacy should change. “Historically, agro has never been politicized like this. The ruralist caucus [no Congresso] is pragmatic and will want to approach [se Lula ganhar]”.

Former governor Geraldo Alckmin (PSB), candidate for vice on the ticket with PT, was chosen to bridge the gap with ruralists and attract votes in the terrain of strong Bolsonarist tendency.

Members of the ruralist caucus and businessmen list a series of measures adopted in the Bolsonaro government that expanded the positive assessment of the current management in the countryside, despite the mishaps related to the country’s image abroad due to the environmental issue.

Bolsonaristas celebrate the tight result in the first round and criticize polls of voting intentions, which showed a tendency of greater detachment between the two main candidates.

Lula’s allies claim that, because of the consolidated connection between Bolsonarism and agribusiness, the PT campaign, until the first round, did not approach the sector that much.

Alckmin canceled a trip to Mato Grosso at the end of September, after information that Bolsonaro supporters were organizing to disrupt his schedules in Cuiabá.

On the other hand, large agribusiness entrepreneurs entered the Bolsonarista campaign once and for all.

On a tour of agribusiness cities, Senator Flávio Bolsonaro (PL-RJ) managed, in a matter of a few hours, to boost donations for Bolsonaro’s reelection campaign. Representatives of the sector in other states, such as Rio Grande do Sul, are also among the major donors.

“We have to intensify the campaign in this second round. Now it’s time to work. Whoever works the most wins”, said the president of the rural union of Sinop, Ilson José Redivo.

The Movimento Brasil Verde e Amarelo, which brings together almost 200 entities in the sector, organized the parade of tractors and took sound cars to the Esplanada dos Ministérios in the celebrations of the 7th of September, in addition to funding billboards in favor of Bolsonaro and financing the trip of supporters of the president to Brasilia.

The group was created by agribusiness entrepreneurs in 2017 with a focus on defending the sector’s agendas, mainly to solve the problem of the billion-dollar debt with Funrural (Rural Worker Assistance Fund).

After Bolsonaro’s election, the group began promoting events in Brasília and other states in support of government agendas and the president himself.

But some members decided to enter politics and launched candidates in the 2022 election. One of them is the former president of Aprosoja (Brazilian Association of Soy Producers), Antonio Galvan, who took a leave of absence to dedicate himself to the Senate campaign. by Mato Grosso. He failed to get elected.

Galvan lost to Senator Wellington Fagundes (PL), who was reelected and now intends to dedicate himself more to the president’s campaign.

In Congress, the ruralist bench, one of the most influential and which brings together about 300 parliamentarians, is part of Bolsonaro’s support base.

For these ruralist leaders, the current resistance to the PT ticket focuses mainly on the figure of Lula and his speeches aimed at militancy, but they extrapolate to the radical surroundings of the ex-president —such as PSOL and Rede—, who emits harsh criticisms of the sector.

Concern about land invasion is one of the main reasons cited by rural leaders to maintain support for Bolsonaro’s re-election. The current president’s campaign has used this point to try to neutralize Lula’s attempt to bring Lula closer to the agricultural sector, and the idea is to reinforce this strategy in the second round.