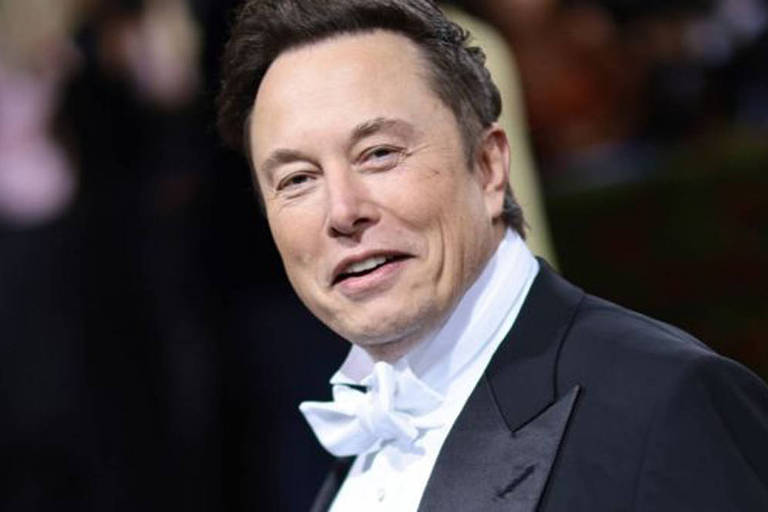 What is X, the mysterious ‘super app’ that Elon Musk wants to create if he buys Twitter

“Buying Twitter is an accelerator to create X, the app for everything.”

Billionaire Elon Musk wrote this sentence on Twitter after apparently changing his mind, once again, regarding the purchase of the platform.

In a letter to Twitter, Musk agreed to pay the amount of the initial offer made months ago, which was later dropped.

But with the message on the social network, the owner of Tesla and SpaceX revealed his intention to take Twitter to a new level.

WeChat is a kind of “super app” that brings together a number of services, including messaging, social media, payments and food delivery. It is something that does not yet exist in the West.

Compared to competitors, Twitter is a relatively small platform, with around 300 million active users — and it has never experienced the exponential growth of, say, TikTok or Instagram.

But it is considered influential, being widely used by politicians, world leaders and companies to share comments and opinions.

When he first announced his intention to buy Twitter, Musk said he wanted to offer more “freedom of speech” and less moderation on the platform — a tough line for any social media company in the face of the world’s varied regulations and hate speech laws. .

It could be, however, that Musk wants to turn the platform into something quite different, which could alienate its current users but also attract a whole new audience, Kleinman says.

But, after all, how do super apps work, and what can come next with X?

Next, Tessa Wong, a BBC journalist in Singapore, gives her first-person statement.

What is life like with a super app in Asia

I’m stuck at home caring for a sick child, when suddenly a familiar feeling hits me: a desire to eat durian, a tropical fruit from Southeast Asia.

But I don’t have to go to the market or the supermarket to buy it, bring it back home and struggle to open its prickly shell.

I just grab my phone, open an app called Grab, and tap the screen a few times.

Forty-five minutes later, someone knocks on my door. A delivery man hands me a bag: it’s my durian, freshly peeled, sealed in a plastic container, ready to eat.

From ordering taxis and food to paying bills and booking vacation trips, super apps like Grab offer an incredible array of services.

Elon Musk is considering creating one called X — but in many parts of Asia they have already become a fundamental part of our daily lives in recent years.

I mostly use Grab to come home after a night out, or order Thai food when I don’t have the energy to cook dinner for the family.

But many people in Singapore also use it to send parcels and documents, or shop online — a colleague just bought some karaoke equipment for home.

Other extensions allow you to buy bus and ferry tickets, make hotel reservations, and even arrange for someone to come to your home for a professional Covid test.

These products and services can be paid for through the application’s own financial system. There is an e-wallet (digital wallet) linked to your bank account or credit card, or you can set up installments or pay with points you earn for each activity carried out by the app.

It can also be used to make cashless payments—whether buying items at a store by scanning QR codes with the app, or using a physical card linked to your account.

But Grab isn’t the only one.

Super apps abound — from Indonesia’s GoJek to India’s PayTM. And they let you do even more things, like schedule a manicure, order gas for your bike, pay a traffic ticket, and even buy gold.

Super apps have established themselves in a region of digital natives. In Southeast Asia alone, about three-quarters of the population use the internet and, of this group, 88% have a smartphone.

And then there’s China’s WeChat — the original Asian super-app that is said to be the inspiration for Musk’s X.

It is a messaging and social networking platform that has evolved into one of the largest apps in the region in terms of the variety of services and number of users. It is estimated to have 1.29 billion users in China alone, according to the most recent count.

WeChat is also one of China’s biggest payment networks — and consumers use it to pay for goods and services and send money to each other.

Some research suggests that a Chinese user spends up to a third of their waking hours on WeChat alone.

Much has been said about how its ubiquity in everyday Chinese life, operating in a society tightly controlled by the government, has turned WeChat into a tool of surveillance and censorship.

Messages, posts and even accounts are routinely blocked for content deemed politically sensitive.

In addition, there are concerns about how this could contribute to the various controversial “social credit” schemes in China, where citizens’ lives can be restricted based on their bank credit scores or social behavior.

In 2020, WeChat introduced its own scoring system, where users get extra privileges if they have good credit records on the app.

The WeChat example highlights the main concern with super apps — given that everyone does pretty much everything on just a few platforms, these apps end up collecting vast amounts of data about people and can exert some power over our daily lives.

How this data is handled and the extent to which governments should have access to it are some questions that will be part of the debate in societies where privacy is particularly valued.

Musk’s super app X — if it ever comes to fruition — may be viewed with trepidation by some as a double-edged sword.

For others, though, the convenience and simplicity of solving everything with just one app makes up for it. There is always the option to reduce your usage, for those with serious privacy concerns.

And in open markets, specialized apps will continue to vie for users’ attention, reducing the likelihood that most data will end up in the hands of just one or two companies — one reason for WeChat’s dominance in China is that some apps, like Twitter and WhatsApp, are blocked there.

Here in Singapore, I don’t do everything on Grab. It’s not because I’m suspicious, but I prefer to use specialized apps to do other things, like grocery shopping or clothes shopping, as they’re better for that.

So I’m okay with Grab on my phone because he doesn’t know everything about me, just a few things—like the fact that I love durian home delivery.