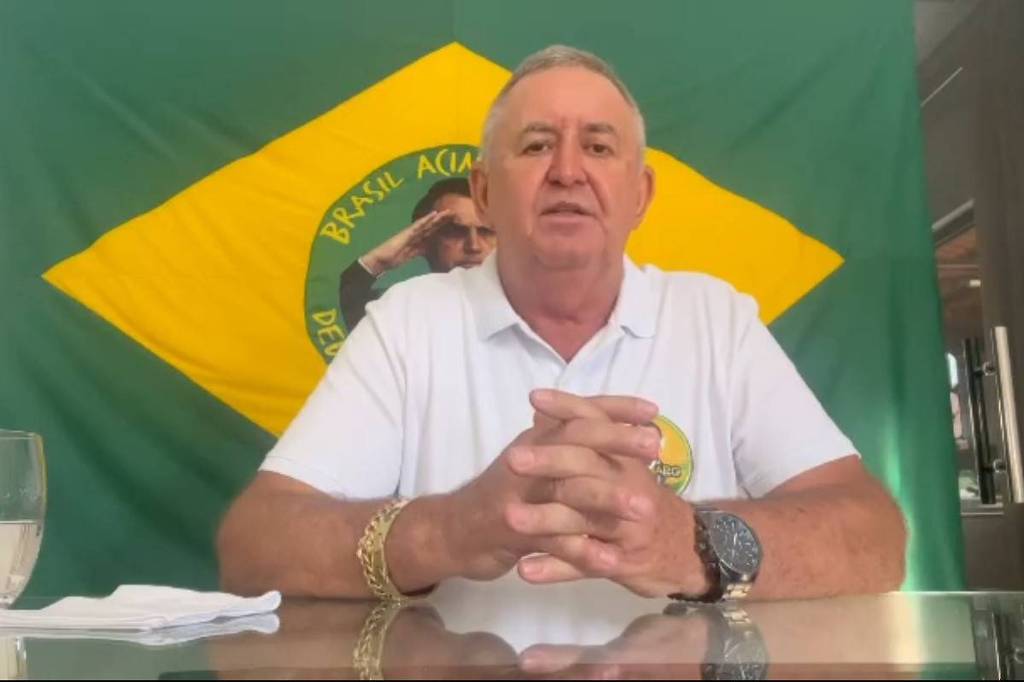 Businessman Adelar Eloi Lutz, suspected of committing electoral harassment against his employees, confirmed this Wednesday (19) that the audios attached to the MPT (Public Ministry of Labor) investigation were his own, but classified the statements as a joke between friends.

In the audios, shared in groups of messaging apps, the businessman says he forced his employees to film the vote in the first round of the presidential elections and fired those who refused to vote for Jair Bolsonaro (PL). A gaucho based in Bahia for over 30 years, Adelar owns rural properties in Formosa do Rio Preto (756 km from Salvador),

In a series of videos posted on a social network on Wednesday, Adelar says he was “playing with friends” when they talked about layoffs and says he doesn’t know how the audios were spread. She says she “never harmed anyone” and was not serious when reporting the pressure on employees.

He also claims that part of his employees have family members who support Luiz Inácio Lula da Silva (PT) and that they have not suffered any type of reprisal for disagreeing with his political position.

“I apologize to everyone, including law enforcement. […] If you look at my house, I have people who work here and the whole family is PT. And I threw it out? I didn’t. I just said you have to analyze it, there’s no pressure,” she said.

In the audios included in the inquiry, the Bolsonarista rural producer defends that other entrepreneurs pressure their employees to vote according to the bosses’ guidance and that they “put out” those who refuse.

Adelar also stated in the recording that he fired workers who did not vote for Bolsonaro and that he oriented workers to even use “cell phones in their bra” to illegally film the vote and prove that they voted according to his imposition.

“Me too at home, what was [votando em outros candidatos]I took it already [demitiu]. She was five, two turned back. And of the other ten who were helping on the street, everyone had to prove it, they filmed the election,” he said in the audio.

In the sequence, he gave details of coercion of officials: “[Disse] turns around, puts her cell phone in her bra, whatever. Go film, if not on the street. They filmed and proved that they voted.”

The voice on the recordings also claims that two employees who did not want to vote for Bolsonaro were fired and now made promises to vote for the president in the second round in exchange for rehiring.

“Today they are saying ‘I’m going to vote for Bolsonaro now’. [Eu disse] vote first, taste and I’ll give you service. Otherwise, no.”

In August, the TSE (Superior Electoral Court) approved new rules on the ban on entering the voting booths with cell phones. By rule, voters who refuse to leave their equipment with the polling station cannot vote. Also, the police will be called.

The Elections Law already vetoed the use of the device at the time of voting, but the text of the rule allowed the voter to carry the cell phone turned off in his pocket, for example. The Court reinforced the measure to avoid doubts and to repress the violation of the secrecy of the vote and the coercion of the voter.

The Public Ministry of Labor of Bahia opened an investigation on Monday (18) to investigate the case and gave two days for the defense of the businessman to manifest. The agency also issued a recommendation that he immediately suspend the illegal practices.

Attorney Carolina Ribeiro, who works in the case, also sent a letter to the Electoral Public Ministry with the report of the facts so that it can also adopt the appropriate measures.

The MPT also informed that it is already preparing a model for a term of adjustment of conduct to be presented to the author of the illegal statements so that it can be negotiated at the first hearing.

Sought this Tuesday (18), Thiana Brandão, the businessman’s lawyer, told Sheet that the information contained in the inquiry “is not valid” and that Adelar Eloi Lutz will present his defense within the deadline granted by the MPT.

Adelar Eloi Lutz was also the target of action by the Public Ministry of the State of Bahia for irregular electoral propaganda, with the installation of billboards with the name and slogan of Jair Bolsonaro in Formosa do Rio Preto.

The Justice accepted the prosecutor’s request this Monday (17) and ordered the removal of irregular advertisements. Adelar’s defense said the billboards were dismantled.

This is the second case of electoral harassment in western Bahia investigated in this election by the Public Ministry of Labor.

In September, a businesswoman in the agricultural sector called on a social network for other businessmen to fire employees who were going to vote for Lula. She signed an agreement with the MPT, made a retraction and funded communication campaigns against electoral harassment in Bahia.

Another six cases are also under analysis by the agency, which counts nine complaints of electoral harassment in Bahia alone.

In the country, this number reached this Tuesday (18) the mark of 428 cases, more than double the last presidential election, when 212 cases were registered. This year, most cases happened in the second round.